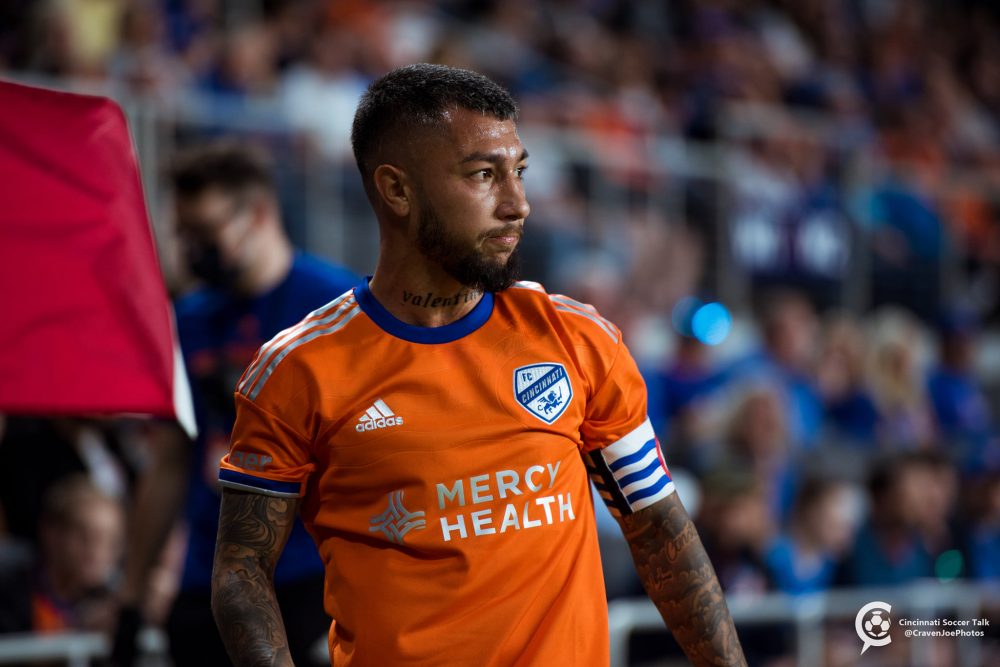 Nate digs into the left back experiment and FCC’s off-day in Charlotte.

Hardly anything went right for FC Cincinnati on Saturday en route to a 2-0 loss to Charlotte FC. Passes were either just a little too heavy or too light and FCC players appeared just out of sync. After Charlotte opened the scoring in the 6th minute, the Orange and Blue didn’t capitalize on a couple of excellent chances to equalize between then and the 55th minute when Karol Świderski’s pretty much unstoppably doubled Charlotte’s lead. Pat Noonan threw attackers on, searching for a way back into the match but to no avail. Some excellent shot-stopping from Alec Kann denied Charlotte a third and the game ended 2-0.

The turf and the wind in Bank of America stadium likely played a role, Pat Noonan acknowledged as much in his post-game press conference, but teams have days like Saturday. Things just didn’t go well for FCC. It happens.

Even with the general disconnect between the players on Saturday, FCC managed some promising passages of play. The Orange and Blue’s press forced Charlotte into turnovers in its own half when the result was still in dispute. Cincy’s best chance came after pressure from Dom Badji and Lucho Acosta caused a turnover on the edge of the box, setting up Brandon Vazquez for a shot. However, the early goal meant Charlotte was happy to sit deep and soak up pressure and FCC didn’t do enough to break the compact defensive shape down.

Even after a disappointing result that felt far too familiar for Orange and Blue supporters, I’m still optimistic about the general direction of FCC. As just about everyone covering the team has mentioned, the team is not a finished product. Cincinnati created chances and largely denied quality chances to its opponent.

Questions On The Left Side

On Saturday, Noonan continued his search for another option in defense with Rónald Matarrita away on international duty, deploying Álvaro Barreal as a left wingback in the 3-5-2. Unsurprisingly for a player making his first start in a new position, Barreal struggled to impact the game.

Against Inter Miami CF a week ago, Matarrita helped push FCC forward in the build-up and got forward to deliver effective final balls. Barreal provided a willing yet ineffective option in the final third but he didn’t have much success with the ball progression aspect of the role. In his 58 minutes, Barreal completed just two passes into the final third and moved the ball into that part of the field on the dribble just once. 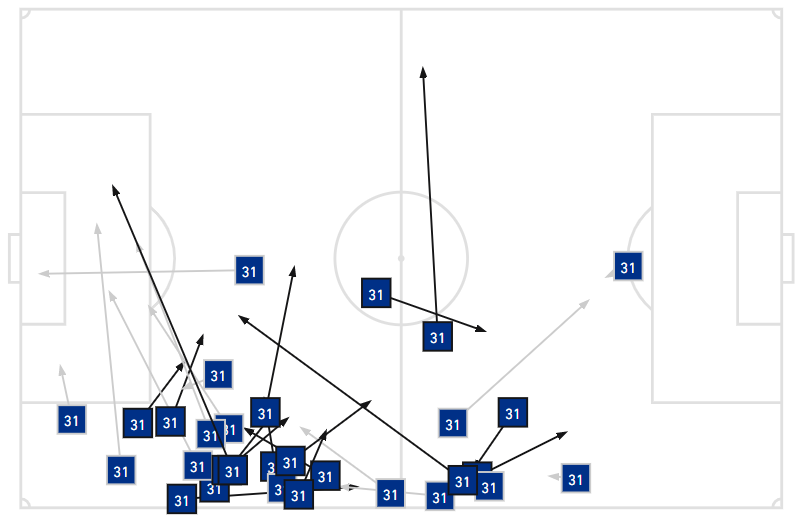 His service from wide areas on the left was wanting, too. Wyscout logged three crosses from Barreal against Charlotte. As you can see, two of those were attempts into boxes crowded with defenders. Barreal didn’t complete any of these crosses but it should be noted he also wasn’t hitting them into advantageous situations. Charlotte’s early goal allowed its defense to sit deep and force FCC to create in tight spaces in conditions both teams clearly struggled with.

Barreal’s defensive work was a bit suspect as well, which should not be a surprise given he was playing in a new position. He didn’t log a tackle though he did finish his shift with three interceptions. If Noonan continues the Barreal at wingback experiment, the upside is on the offensive end. The potential to overload opposing fullbacks with Acosta and Barreal could be dangerous in possession. Though their chemistry was lacking at times against Charlotte, given more minutes, they should only improve. Barreal and Acosta flashed some potential in limited time together with Barreal playing on his natural side last year.

Unfortunately for the Orange and Blue, Noonan will have to keep looking for a solution at left back following Rónald Matarrita’s injury on international duty. The fairly shocking trade of Gustavo Vallecilla on Monday leaves FCC a little bit thinner at center back. Potentially signaling that the long-term future of Chris Albright’s project is with four defenders, not five. Ray Gaddis remains an option to return as a left back in either a four or five man backline as he returns to match fitness after a knock. All we can say at this point is that we’ll find out if the Barreal experiment was a one-off in the coming weeks. If it isn’t, the defensive learning curve will likely be rocky but the offensive upside could justify it.

As Lucho Goes, So Goes FCC

Lucho Acosta, so often FCC’s talisman, had a hit-or-miss match like so many of his teammates. His boxscore stats per Football Reference look great: 0.9 xA, eight shot-creating actions, five key passes, and six completed passes into the penalty area. Acosta has an ability to unlock a defense like no one else on the pitch but when he’s just a little bit off, the ripple effects disproportionately impact the team.

Whether it was the wind, the turf, an off day, or some combination of all those things, Acosta struggled to consistently impact the match. Charlotte’s narrow midfield diamond pushed him wide into the left half-space or even out to the left wing, areas of the field already congested given Barreal’s preference to get forward. Acosta made a concerted effort to switch the play but many of those passes weren’t completed. Frequently, Charlotte’s midfielders denied passes to the center of the field, leaving Acosta the option of playing up the left with Barreal or hitting a cross towards Vazquez and Badji in the box, which was packed with Charlotte defenders. 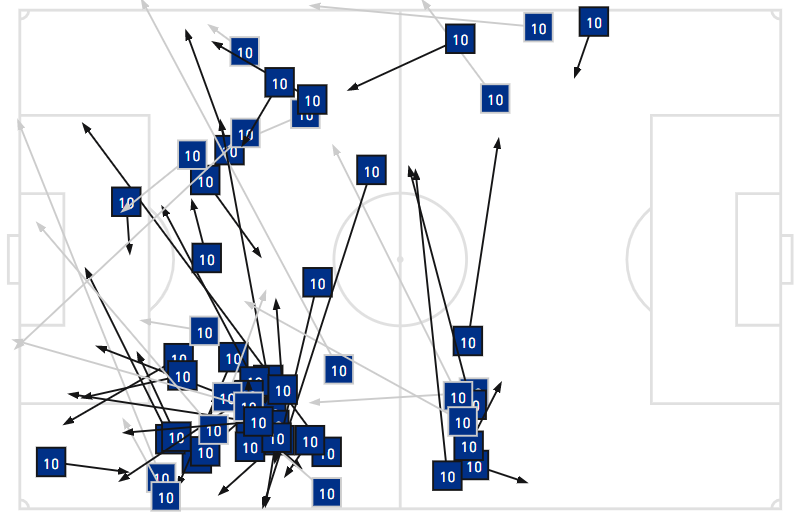 FCC has found success with Acosta pulling the strings in the attack. Charlotte’s ability to limit space while not really needing to push forward in attack thanks to the early goal limited Acosta’s impact. After thriving in transition so far in 2022, the Orange and Blue will have to find a way to break down defenses sitting deep. Acosta’s ability on the ball will surely be integral to that effort but it wasn’t quite there on Saturday.