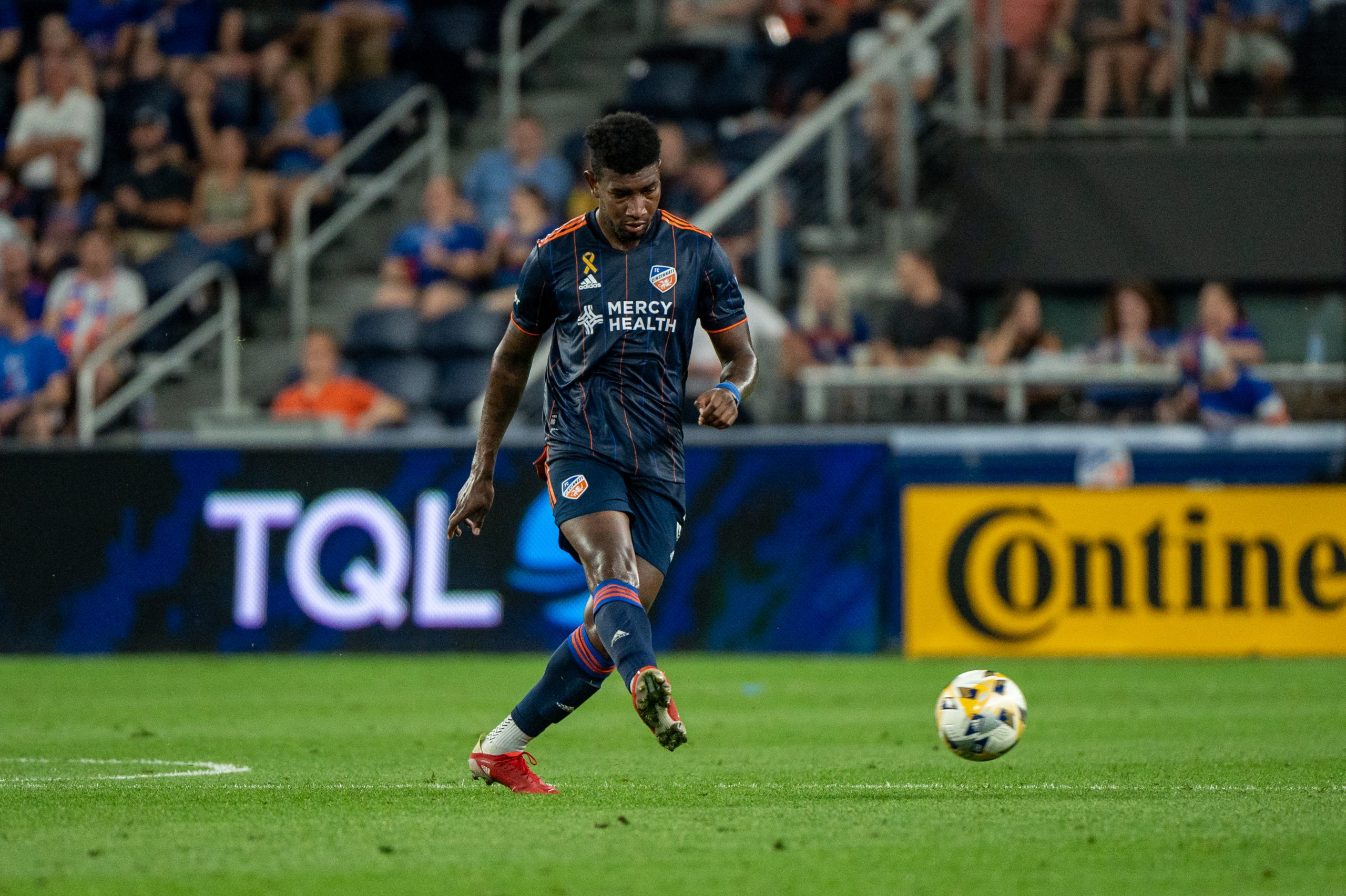 On Monday evening, FC Cincinnati announced they traded defender Gustavo Vallecilla to the Colorado Rapids. This is the first true “bombshell” move of Chris Albright’s tenure as the new general manager of FC Cincinnati.

On Monday evening, FC Cincinnati announced they traded defender Gustavo Vallecilla to the Colorado Rapids. This is the first true “bombshell” move of Chris Albright’s tenure as the new general manager of FC Cincinnati.

FC Cincinnati purchased Vallecilla from SD Aucas in Ecuador in a deal rumored to be around $1,000,000 USD this past Winter. According to reports, Colorado will assume $450,000 of Vallecilla’s transfer payments with Cincinnati retaining 10 percent of any future transfer above what the Rapids paid for Vallecilla.

Vallecilla joined FCC on loan prior to the delayed 2021 MLS season and featured in 25 matches scoring twice. He looked to be a reliable starter for the foreseeable future before an injury late last season and a subsequent knock this offseason. Coupled with the addition and quality play of Tyler Blackett, Vallecilla was an expendable piece under new management.

The center back was a work-in-progress like many other U22 roster mechanism players. While he won a large number of tackles and showed well going forward, Vallecilla was also dribbled past substantially and was toward the bottom quarter of center backs in lost duels/lost tackles that led to a shot for the opposing team.

His speed and athleticism along with his quality ball movement are among his strongest suits, but he needed consistent playing time to continue his growth as a promising defender. With Cameron and Blackett seeming to be the day-in and day-out starters, it makes sense to recoup assets in a trade with an MLS club that is needing starting help in that position.

Where does this leave FC Cincinnati?

GM Chris Albright has worked to create roster flexibility in his time with FC Cincinnati. He inherited a group that was over the limit on international players, 3 designated players and with minimum cap and xAM (General Allocation Money & Targeted Allocation Money) space.

The buyout of Kamohelo Mokotjo created substantial xAM space along with freeing up an international spot. With Brenner and Alvaro Barreal receiving their US Green Cards prior to the beginning of the season and key moves such as bringing in Junior Moreno with a Green Card, Alright leaves himself with 3 international spots to use or sell going into the Summer.

With a month until the US transfer window closes on May 4th, it is still possible to add players. Per our Salary Budget Tracker, FCC should have 3 senior spots to use. Should spots still be open when the Winter window closes, the USA Summer window will open again on July 7th for additions.

FC Cincinnati has been linked with several high profile international midfielders this offseason. Some seem to be an option for now, with others being more likely in the Summer. The midfield has been a place of need, but Albright may have to bring in reinforcements at full back with the injury to Ronald Matarrita and potentially another backup at center back. MLS does have rules to open up a roster spot should Matarrita be out for a prolonged period, so there is a potential for 4 senior roster spot opening pending any additional outflows of players.

While open roster spots, freed up international spots and now a U22 mechanism to fill are all good things, the most astounding part is the amount of cap space and xAM that Albright is freed up. Per our estimates Cincinnati could have over $1 million in free cap space along with over $2,000,000 in various xAM to use.

This flexibility could allow the addition of a new Designate Player and several other high quality xAM signings this Spring or Summer. While it is too early to assume Albright’s plan is “working”, certainly there is optimism to be had for the clubs future.

*Numbers referenced below are based off incomplete data and data provided last season. The numbers unofficial, but compiled on significant research and with knowledge of league mechanisms.