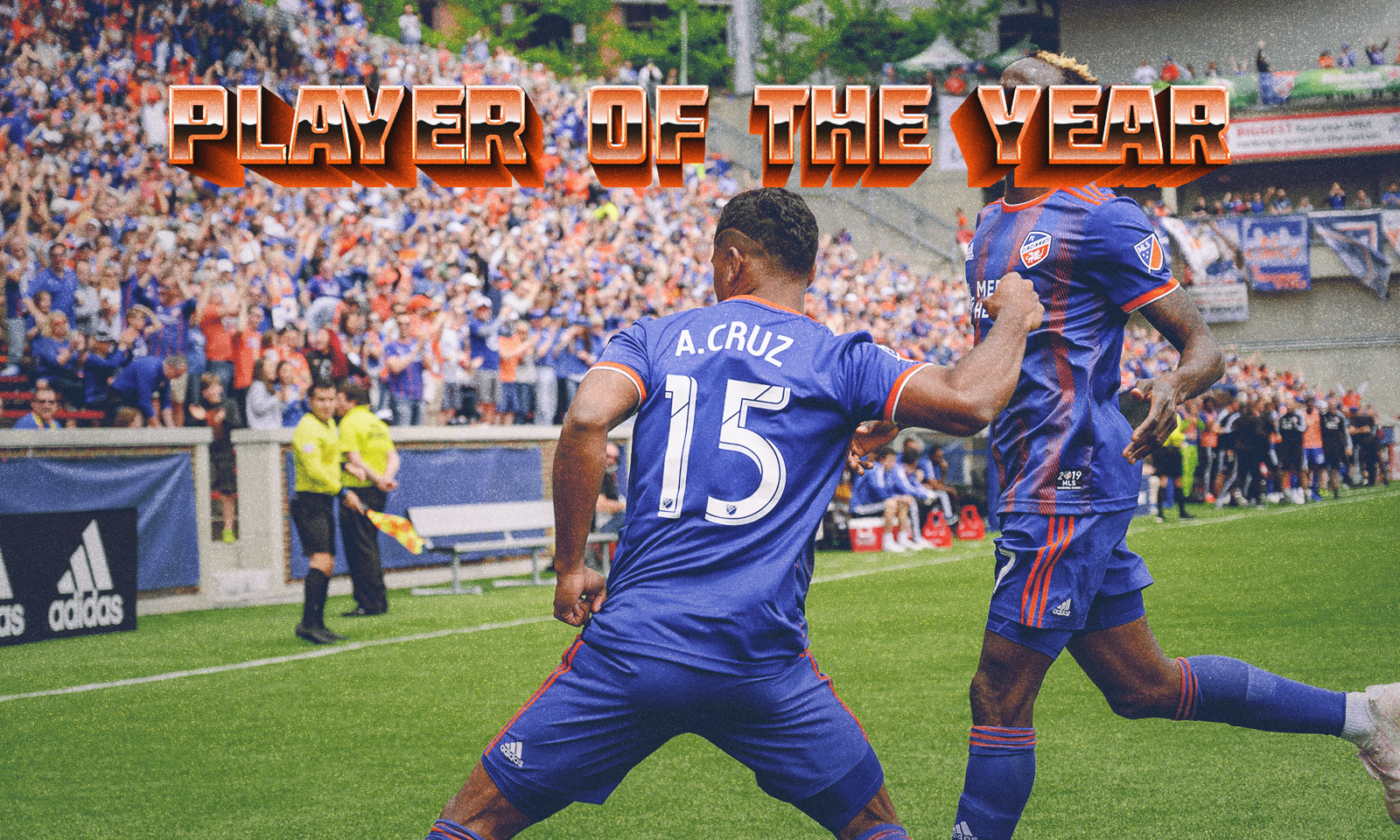 Our staff nominated three players for this award. A CST staffer who voted for a nominee gave their explanation of why they voted for the candidate. Here are the results:

On Friday, January 11th, FC Cincinnati took the first pick of the MLS SuperDraft selecting Frankie Amaya. The fans were instantly enamored with the young man. Young and eager, with so many hopes and dreams. He represented everything this city saw in itself. His shy and modest personality made him more beloved. And yet, as the season began, fans wondered “where is Frankie?” When he finally saw some playing time, it was extremely limited, playing out of position. Fourteen minutes as a wing against the Union. Seven minutes as a striker against LAFC. Then he was loaned out to the USL and it appeared the promising youth’s time with FCC was over. But only three weeks later when the team was desperate for healthy midfielders, they recalled Amaya to start against San Jose.

Like the fans of Cincinnati demanding MLS notice them, so did Amaya demand to be noticed in his first real chance to perform. He showed the grit and tenacity that Cincinnati, a mid-western blue-collar town expects. He showed the fire and energy of youth that Cincinnati, a new fledgling MLS club felt. He showed creativity and ideas that seemed to have been lacking lately on the pitch. He embodied Cincinnati. He was Cincinnati. And the fans noticed. “Where has this been? Why hasn’t Frankie been playing all along?” Amaya became an instant fan favorite. If you look at the stats this season, such as successful passes, successful dribbles, interceptions, chances created, etc., you’ll find teammates who beat him in some stats, but overall he’s better than most, and at 18 years of age, he’s a top player on the team, playing with seasoned veterans.

Looking at the season, it’s easy to get depressed, to focus on the problems, the failures. But Frankie Amaya is the ray of hope, the new dawn. Of any player on the roster, Amaya represents what Cincinnati wants to be, and how the city sees itself. How could such an icon of the club’s future be anything but player of the year?

Who should be FC Cincinnati’s team MVP? That is a tough question to answer on a team that has not performed well for extended stretches of the season.

If I have to pick someone, my selection is Allan Cruz. Cruz is tied with Ledesma with a team-leading six goals (as of last week). The biggest difference when comparing his goals with Ledesma’s goals is that all of Cruz’s came from open play, while Ledesma had three goals from the penalty spot. That difference alone is not enough because Ledesma has four assists, compared to Cruz’s one. Just looking at these statistics you could easily say Ledesma is the MVP.

However, the impact Cruz has on the pitch is not shown with statistics alone. Cruz rarely played in his traditional role of a box-to-box midfielder, instead, he played wherever benefited the team. He was played as a winger, a central attacking mid, a second striker and on a couple of occasions as a box-to-box midfielder. Cruz’s flexibility on the pitch increased his value and at the same time minimized his talents for the sake of the team. Defensively, he is not a guy who will muscle you off the ball. His style is more in being a nuisance to opponents and forcing them to pass earlier or into spots they don’t want to and he is very good at this. When Cruz is allowed to utilize his defensive talents he becomes the best all-around player for FCC.

Unfortunately for Cruz, the roster was constructed in a way that his talents were not maximized and he had to play out of his natural position for the majority of the season. Even though he was out of his natural spot, he still performed well and helped lead FC Cincinnati to a number of positive results on the season.  One fun fact for Cruz — of FC Cincinnati’s six victories, Cruz scored in four of them. Is that a strong statement? I don’t know, but one could make the argument that if you want FCC to win, get Allan Cruz in a positive position.

There are several reasons our staff nominated Ledesma to be CST Player of the Year. Note: We voted our player of the year before the fan vote just to make sure no bias worked its way into the process. Ultimately he won the fan vote, and I agree with the fans.

Ledesma is a success story. A year before he played with the USL FC Cincinnati side, he was with the New York Cosmos. Before that, 14 clubs had rostered Ledesma in some fashion. MLS journalists like Jeff Rueter saw his lower league potential and started talking about his need to move up. While some suitors asked around, FC Cincinnati made the best offer, but it locked him into another year in the lower leagues. Ledesma not only blew the door off that following season but secured his long-awaited chance at Major League Soccer. Ledesma didn’t fade this season once he got to the top. Sure, the competition was tough, defenses harder to break down, and the fact of the matter is FCC wasn’t good enough for the offense to create enough chances for him to duplicate 2018. He did win playing time and became a dependable player. You never knew who would be in or out of the roster this season, but it was likely Ledesma would be there.

Putting all that aside, Ledesma cares about this club and the fans. MLS players have different rights and contract situations, but the players’ union allows them to be compensated for appearances and autograph sessions after a certain limit. Because of that, a player is only obligated to do their number of fan sessions and then sessions a club requests after that are paid. Ledesma does not care about that. He comes out after every game and meets kids and fans and signs autographs sometimes until no one is left at the wall. That dedication is above and beyond what is required of him. Ledesma interacts with fans on social media, and his interacts with Cincinnati have won the city over. Listen to the roar when Ledesma checks into or out of a match. The city of Cincinnati loves him and I don’t think it is crazy to say he loves them back. 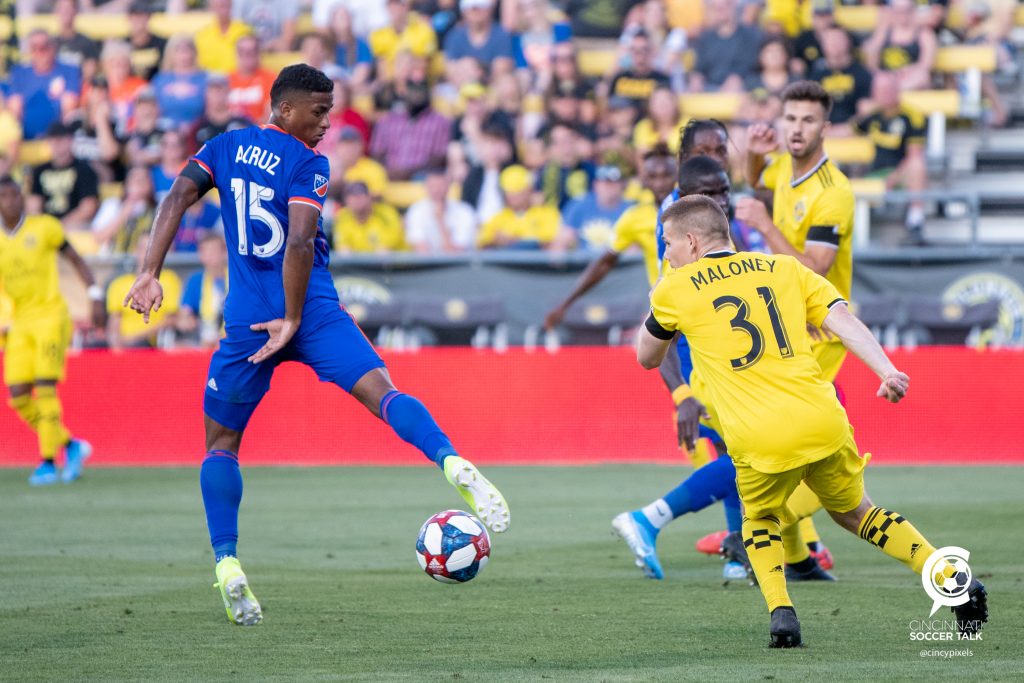