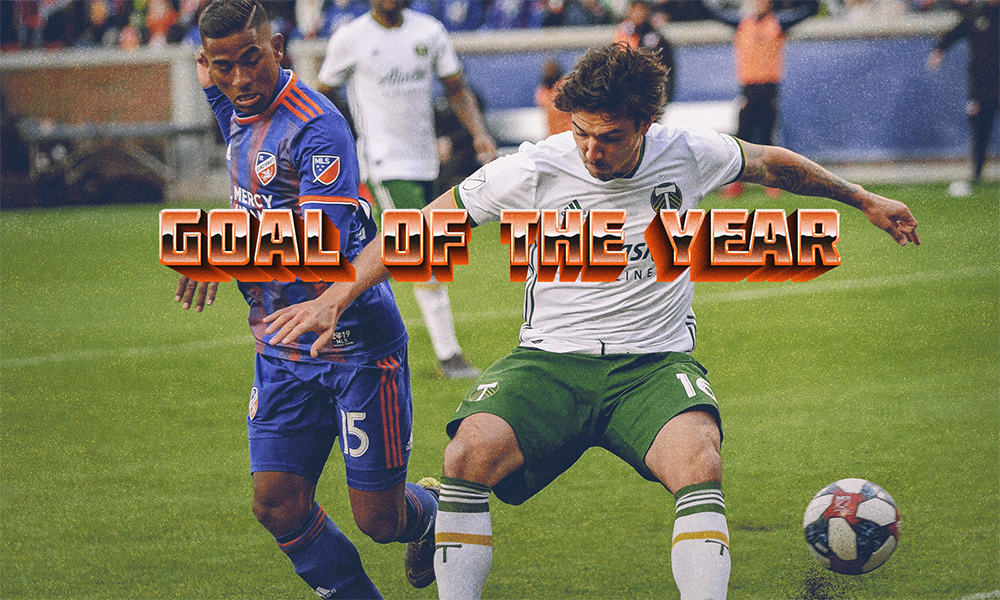 Cincinnati Soccer Talk nominated Leonardo Bertone’s rocket in Seattle and Allan Cruz’s backheel against Portland for our 2019 FC Cincinnati Goal of the Year.

Our staff nominated two goals for this award. A CST staffer who voted for a goal gave their explanation of why they voted for it. Here are the results:

I chose Leonardo Bertone’s goal not only for the skill but for what that goal meant to this fanbase. There was a lot of angst and frustration after the pre-season. Would FC Cincinnati be able to compete? Would they get absolutely embarrassed on live national television? I guess the answer to both of those questions was ultimately yes, but for a brief moment the club led at Seattle. Announcer John Strong’s voice couldn’t contain the elation once Bertone’s volley hit the back of the net. His call set mobs of hereto unknown members of the Pride Norden into each other’s arms, sending beers over the BC Bottle Lodge floor. There have been many lowlights this season, but I will forever remember the first goal in MLS for FC Cincinnati and the look of my friends’ faces in utter jubilation!

Despite this, hundreds of excited fans traveled to Seattle for the first-ever MLS match for Cincinnati fully expecting to bring home a loss. To the surprise of the visiting fans, Cincinnati scored first with a well-struck ball from Bertone. The fans were ecstatic but reality came crashing home shortly after with four unanswered goals from Seattle.

In Atlanta, again hundreds of fans traveled. Having seen Seattle, the fans had low expectations. Atlanta scored in the fifth minute, and fans expected a blow out over the next 85 minutes, but something happened. Cincinnati managed to hold off the champions, and in the 86th minute, Roland Lamah buried the ball to equalize the match, earning Cincinnati its first point. Fans began to take notice. Maybe this team was going to actually compete. This set the stage for an epic event in Cincinnati. The first-ever MLS home match. The Portland Timbers came to visit, but what team will Cincinnati bring?

The crowd filled all of Nippert, and it was loud and excited. Cincinnati again scored first, but fans had seen this story before. Would Cincinnati crumble? This time, like Atlanta, the team held strong and prevented Portland from getting an equalizer. And then, something truly magical and inspiring happened. Midway through the second half, Cincinnati scored again. Allan Cruz gathered the ball in front of the goal as the keeper closed on him to smother the play. He didn’t panic or try to force the ball past the keeper. Cruz flicked the ball with his heel backward and into the net. It was cool. It was creative. It was cheeky. And it was a pivotal moment for Cincinnati. It effectively ended the game for Portland. It now needed two goals to equalize. Not only that, but Cruz embarrassed the keeper, and the blow he delivered to Portland allowed Cincinnati to go on and score another goal only two minutes later. It was the first MLS victory for Cincinnati. It was the moment that fans began to really believe that a team from Cincinnati could compete in MLS.

When thinking about the goal of the year, the first goal is certainly important. The goal that earns the team its first point is important too. But the goal, at home, in front of 30,000-plus fans, done with style and flair, that is the pivotal point of the game and leads to the first MLS victory is my choice for Goal of the Year. Cruz’s back-heel flick will be etched in my memory forever.