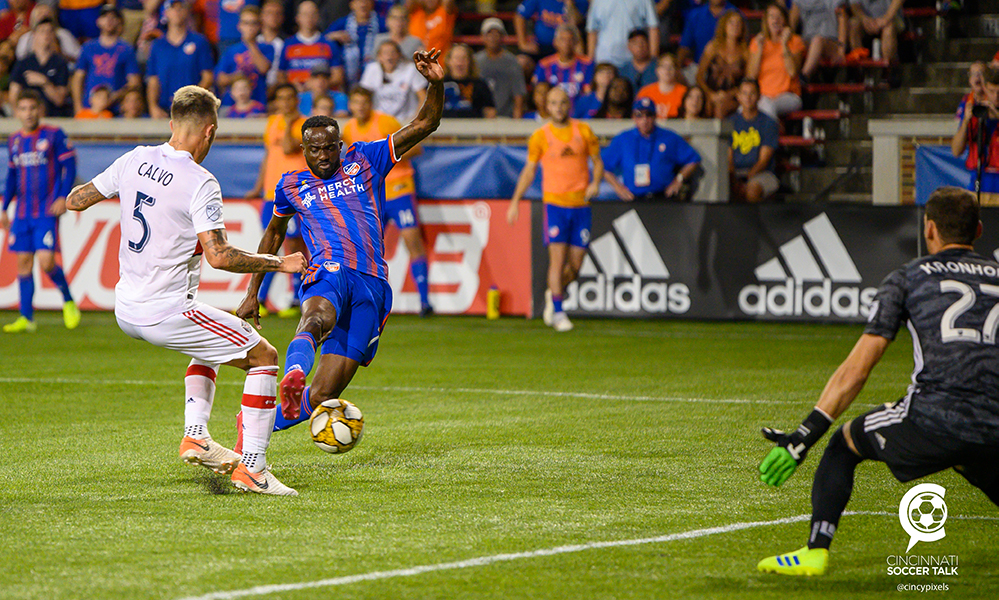 FC Cincinnati plays its final inaugural MLS season match at home on Sunday. The Orange and Blue will be looking to bring home a final win and end the playoff run for Orlando City SC and James O’Connor.

Sunday night is the last home match of FC Cincinnati’s inaugural MLS season. The Orange and Blue will face off against Orlando City SC at 5 p.m. at Nippert Stadium.

FC Cincinnati might have clinched a last-place finish, but that doesn’t mean the results of its final two matches have no impact. FCC has the chance to end Orlando City’s hope for a playoff spot with a win this weekend. Is there a better way for FCC to round up the season’s end than with ruining the hopes and dreams of James O’Connor?

O’Connor is a name that still brings groans and eye rolls among all FCC fans. O’Connor is the former coach of Louisville City FC, FCC’s biggest USL rival. Sunday brings the return of O’Connor to Nippert.

With O’Connor’s return, FCC has the chance to send him — and his club — home with no chance of making the playoffs.

FCC sits at the bottom of the MLS standings with 22 points. With their last three matches in eight days, the Orange and Blue brought home four points. FCC beat Montreal for the second time this season, lost to defending MLS champions Atlanta United and managed a 0-0 draw against the Chicago Fire.

Orlando City, on the other hand, sit in 10th place with 36 points — the playoffs in the distance with a win against the Orange and Blue. Orlando is winless in its last six matches, having not brought in a win since Aug. 14 against Sporting Kansas City. In that time, it has managed three draws and three losses.

Orlando might have a lot on the line, but FCC has something to prove.

FC Cincinnati is looking at ending its season off on a high note. What better way to do that than to ruin the playoff dreams of a former nemesis?

Coach Ron Jans has brought a newfound energy to the club, and it’s clear through their recent performances. Jans will be hoping to bring home another win at home for the Orange and Blue faithful.

Injuries are still plaguing FCC, but Jans has shown that he’s increased the depth available. Kekuta Manneh will be unavailable after an injury last week; Manneh underwent successful surgery on Wednesday. Fanendo Adi is still suspected to be unavailable after dealing with a calf injury. Spencer Richey is also unavailable, and Allan Cruz is questionable after a concussion received earlier this month against Montreal.

Captain Kendall Waston will also be unable to play on Sunday due to yellow card accumulation. Waston received another yellow during the Fire match after a foul on Nemanja Nikolic. The MLS Disciplinary Committee later fined Nikolic for simulation and embellishment, but there is no word yet on whether Waston’s yellow card was rescinded.

Even without Waston, FCC’s backline has shown defensive improvements with the return of Greg Garza. Defense will be key in shutting down Orlando City’s Dom Dwyer, Tesho Akindele and Nani.

Additionally, getting the ball in the back of the net will be a key portion in getting a win. Scoring goals has been a struggle for FCC this season, but it is not impossible. Emmanuel Ledesma will be crucial in creating opportunities for scoring, or even scoring himself. If Cruz is able to play, he will also be an important figure in putting FCC ahead.

FC Cincinnati will be hoping to bring in one last home win before wrapping up its inaugural MLS season on Oct. 6 at D.C. United.