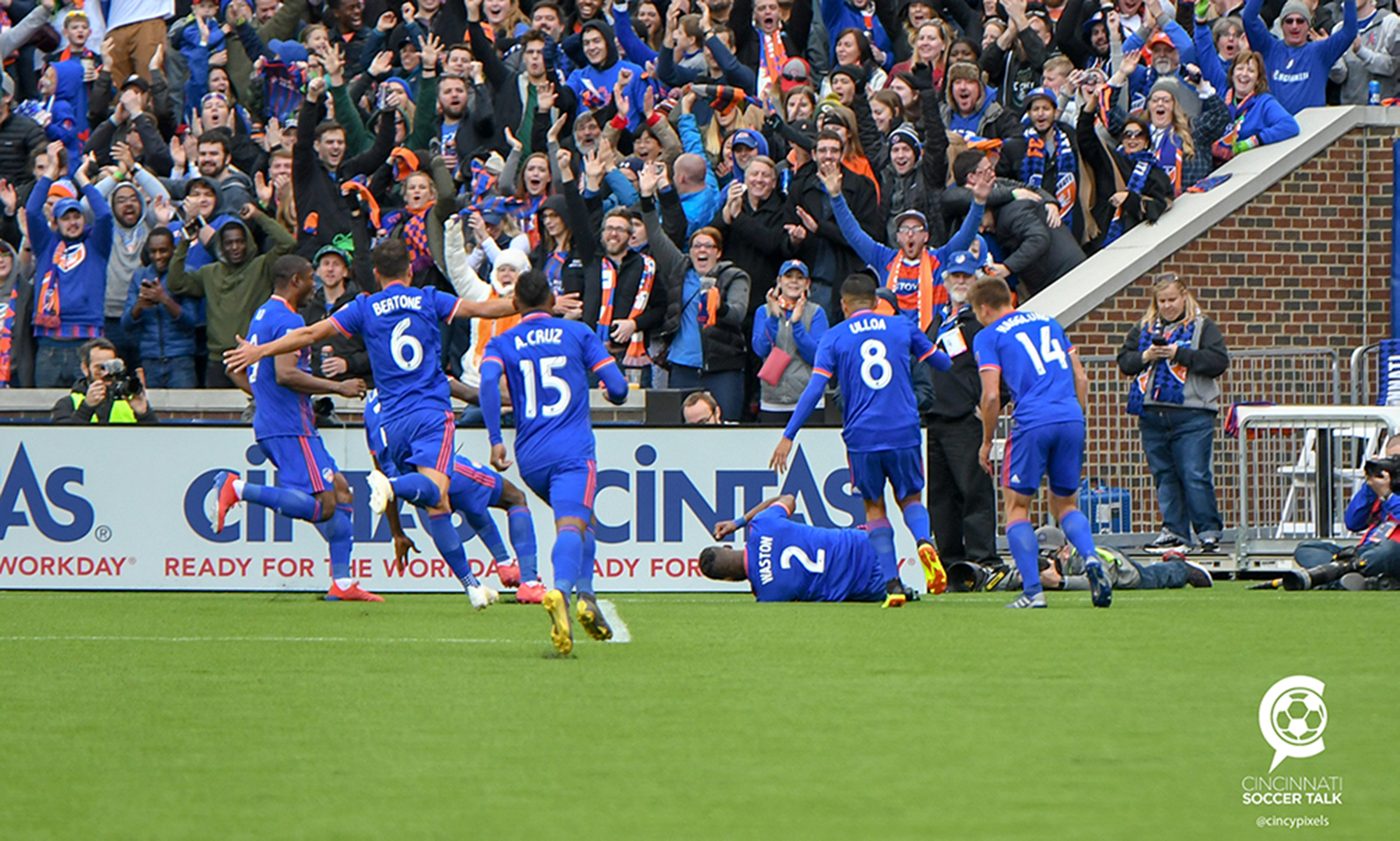 With so many lowlights this year, it’s time to lighten the mood. This goal celebration by Kendall Waston was our favorite of the year.

In the spirit of these year-end awards, here’s a different approach. This season hasn’t gone the way FC Cincinnati fans have hoped. At some points, just being a fan in general has been difficult. So it’s time to lighten the mood.

We started these Funny Awards last season with a sense of humor in mind. Not all of them are funny. Some really couldn’t fit anywhere else. We hope you enjoy.

Without further ado and in no particular order:

Best quote: “Last year, on social media, they talk too much. Now it’s time to go back home.” — Emmanuel Ledesma after beating Louisville City FC 2-1 in the U.S. Open Cup

Best goal celebration by goal scorer: Kendall Waston after his header against Portland.

Shiner of the Year: Spencer Richey

Best fan moment: Remembering Briogaid founding father Kyle Kuznof-Dineen in the march to Nippert on June 22 and in the 67th minute of the match.

Blink and you miss him score: Allan Cruz