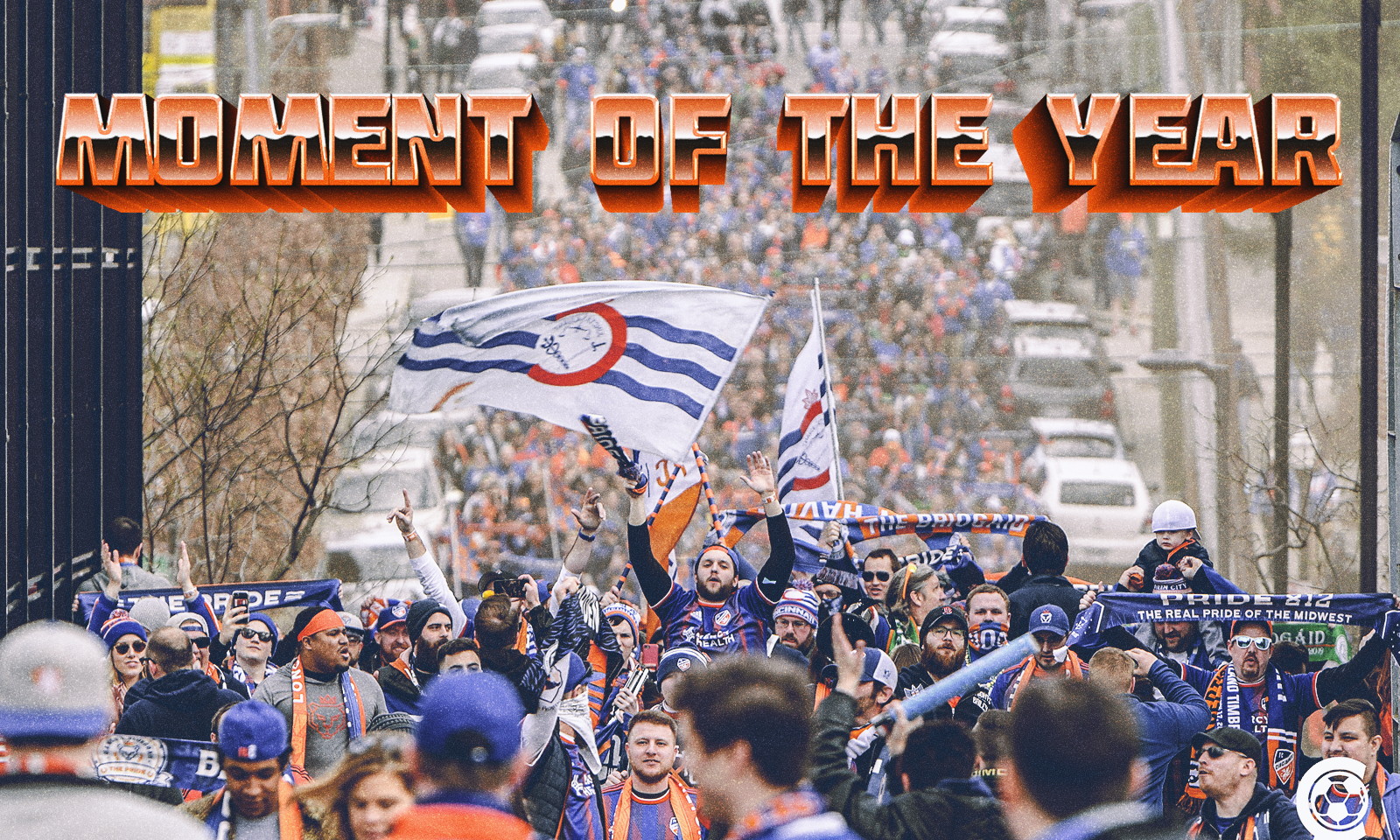 2019 FC Cincinnati Moment of the Year

The day of FC Cincinnati’s inaugural home MLS match, including the march and the match itself, was a soccer holiday here in Cincinnati.

This year’s Moment of the Year was a near-unanimous selection. After last year’s moment, the MLS announcement, FC Cincinnati fans could hardly wait for the first MLS home game at Nippert Stadium.

On a chilly St. Patrick’s Day afternoon in March, the day finally arrived. The usual pregame spots on and around Short Vine were bubbling with anticipation. It was time to declare “MLS, welcome to Cincinnati.” The march to Nippert seemed endless, with footage captured by CST’s Ken Hoetker shot around the world and back on Twitter. BBC media came across the pond to capture the event.

It was truly a soccer holiday here in Cincinnati that extended to the pitch with a 3-0 FC Cincinnati victory over the Portland Timbers. Kendall Waston headed home service on a free kick in the 15th minute. In the 61st minute, Allan Cruz scored on a brilliant backheel that was a Goal of the Year candidate. Nippert was still ringing when Mathieu Deplagne tapped one in just two minutes later to cap the festivities.

There were plenty of matches this season that FC Cincinnati fans would like to forget. But this one will stick around in our memories for a long time. It was the perfect day for the city. With the national spotlight beaming in, club and fans reveled in the occasion. The entire day, from the march to the final whistle, is our Moment of the Year.

This might be a controversial nomination for a Moment of the Year award. However, I think it deserves mention as it signified a fundamental shift in club operations. This is more than a coach losing his dream job. It was the club noticing the decision-making “triangle” of technical director Luke Sassano, Koch and club president and then-general manager Jeff Berding was an error that must be corrected. The expansion club wrote the book on “What Not to Do: 101.” Player acquisitions were shockingly bad with errors made in the expansion draft, SuperDraft, trading allocation money within MLS and with free agents. The club was also rumored to have had a designated player deal fall through due to dissent in the leadership group, and tensions were apparently high in the dressing room following a five-match losing streak.

The first-time MLS GM saw the writing on the wall and acted quickly. Berding could have let the season play along and played the ego card that he could figure all the issues out, but he didn’t. Along with the support of ownership, the club moved on from Koch and began anew with new GM Gerard Nijkamp and current head coach Ron Jans. While these two might not be the most attractive hires, they have achieved some positive results and seem to put the club on the path to success. There will always be finger-pointing by the fans on the troubles for the inaugural season. Let’s at least give credit to Berding and Co. for taking action to prevent additional mistakes. This move could very well be looked at as the biggest moment in club history if success follows in the short term. Excited to have an offseason with a proper operations set up.

2019 FC Cincinnati Moment of the Year