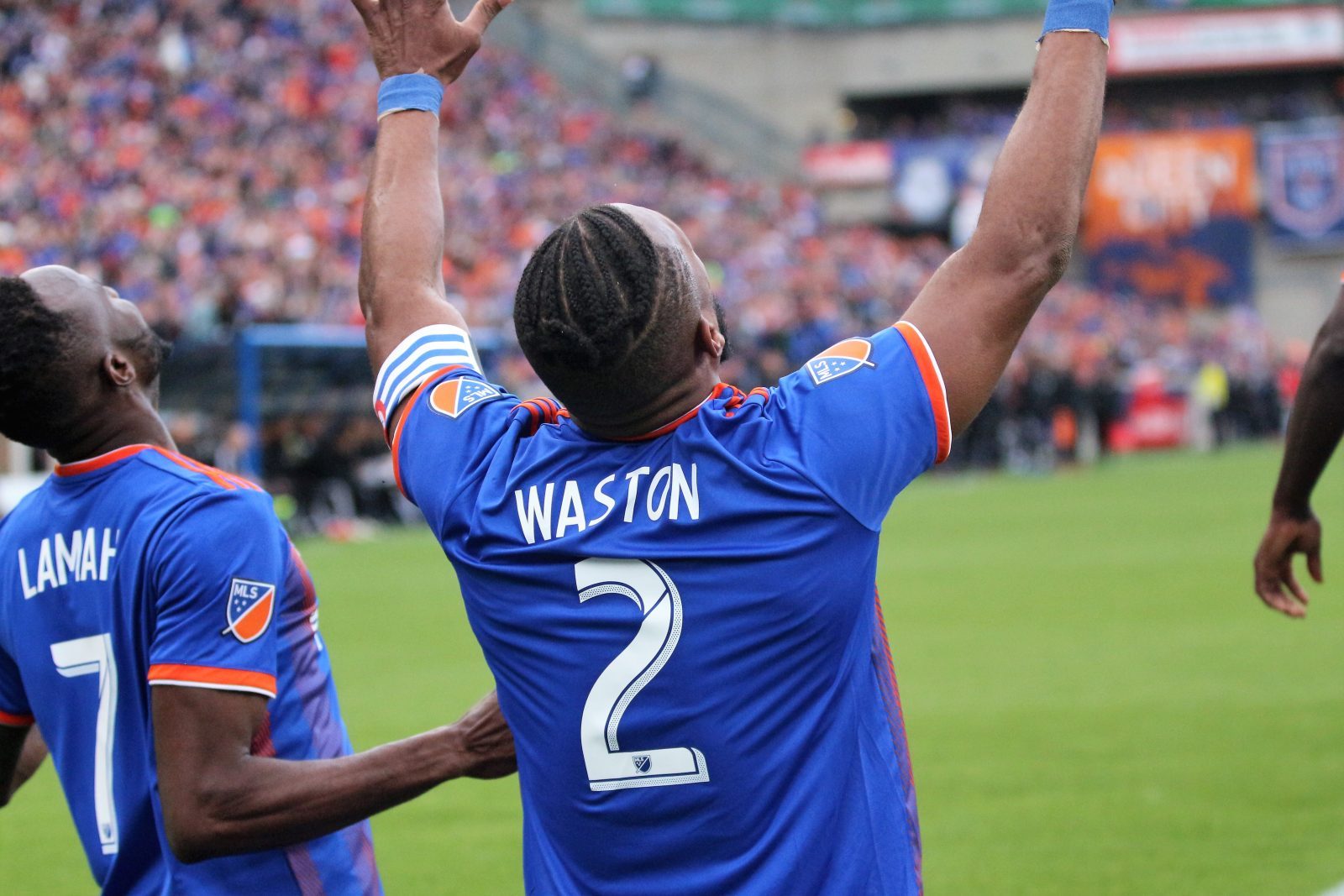 FC Cincinnati basked in the glow of a national spotlight by earning its first MLS win in a historic day at Nippert Stadium.

MLS feasted its collective eyes Sunday on Nippert Stadium for FC Cincinnati’s first MLS home match. Commissioner Don Garber helped out with the pageantry, leading part of the supporters’ march inside the stadium. The spotlight even drew media from the BBC across the pond.

As it has so many times before, FC Cincinnati proved ready for the occasion. The newest MLS franchise rolled to a 3-0 victory in front of a sellout Nippert crowd over the Portland Timbers for its first league win. Through three matches, the Orange and Blue are 1-1-1 and sit fifth in the Eastern Conference with four points.

FC Cincinnati started out on the front foot and never let up. Kendall Waston headed home service on a Leonardo Bertone free kick in the 15th minute, and Allan Cruz and Mathieu Deplagne scored rapid fire goals in the 61st and 63rd minutes. The club’s performance even caught coach Alan Koch by surprise.

“We’ve worked incredibly hard, and you can see from the first game the disappointment in Seattle,” Koch said. “We took an element of gratification from taking a point on the road (in Atlanta). And we’ll take a lot of gratification out of the performance (Sunday) and the result. I’m glad we could reward the city and our fans in a game that was very, very special to this community.”

It was a match three years in the making and a day for Cincinnati and MLS to celebrate. Garber called the day “heartwarming” for the league.

“I’ve had a lot of first matches for new teams, and every one is sort of particularly special, but there’s something even more special here because it happened so quickly,” Garber told the Cincinnati media at halftime.

Defender and Cincinnati native Nick Hagglund said he allowed himself to drink in the atmosphere before and after the game. It was Hagglund’s first game at Nippert.

“Before the match walking out — everyone in the Bailey — the stands were already filled by the time we walked out for warm-ups,” Hagglund said. “And afterwards after the whistle blew, just looking at the excitement on the people’s faces — it’s what Cincinnati deserves, a good performance like that.”

FC Cincinnati was assertive as early as the second minute, when Fanendo Adi missed a header on service from Cruz. Portland grew into the game midway through the first half and spent some time on the ball. But the Orange and Blue back line cleared any threats coming its way.

Play turned physical at the end of the first half. FC Cincinnati went through a scary moment when Adi went down inside Portland’s box. The club went through stoppage time with 10 men, and Adi needed assistance walking to the locker room at halftime.

“I think he fell on my leg,” Adi said. “My ankle just cut to the ground. It’s just a minor strain. I should be fine.”

Darren Mattocks replaced Adi to start the second half and gave FC Cincinnati even more bounce to its step. Mattocks led wave after wave of attack into the final third. Nippert was still ringing from Cruz’s backheel for the second goal when Mattocks crossed to Deplagne for a tap-in.

“It definitely showed what we can do,” Mattocks said of the two fast goals. “We can score in quick succession. After that third goal, we really controlled the game. We controlled the tempo for the next 20-25 minutes.”

Across the board, Koch and his players insisted this wasn’t a statement game. There’s still room for improvement and cohesion, but the different approach was noticeable.

“The talent is there,” Mattocks said. “We’re a new franchise, and it’s going to take some time to come together. I’m a bit impressed we got it (the first win) so quickly in week three.”