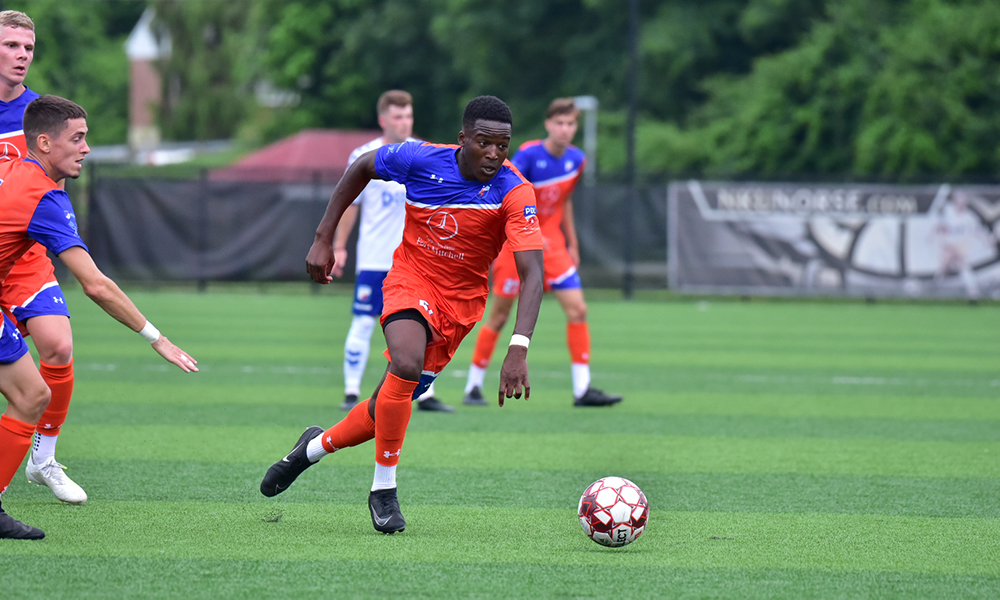 The Cincinnati Dutch Lions control their own playoff destiny after a 3-1 win over Flint City on Sunday in front of a record crowd.

The Flint City Bucks came into Cincinnati on Sunday looking to replicate what Dayton did to the Cincinnati Dutch Lions on Friday. Coach Paul Nicholson and the Dutch Lions had a different idea when it came down to it, defeating the Bucks, 3-1. Nicholson’s Lions came out putting the pressure on for the majority of the match and put all of the pressure on the Bucks to try and keep CDLFC from hitting the back of the net.

Throughout the first half, Cincinnati pushed and created chance after chance as the Bucks defense functioned on a bend but don’t break philosophy. While the first half was entertaining, neither team was able to put a goal up on the board in the first 45 minutes. At halftime, the players’ frustration was visible. Heading into the locker room, you could see a look of disbelief on the faces of the Lions that they hadn’t been able to break through in the first half despite six shots on goal. CDLFC dominated the first half and couldn’t find a brace.

Breaking Through in the Second Half

In the 54th minute, Alex Grieve found the back of the net off of an excellent set piece. Grieve was left standing to the goalkeeper’s left all alone as every Flint City defender tracked the Connor Probert free kick to the far post and forgot all about Grieve. The Lions benefitted from it and broke through with a 1-0 lead. From there, they never looked back at Flint City.

Cincinnati controlled the majority of possession and then struck again in the 68th minute.  Probert found Jorge Guinovart on the far post, and Guinovart controlled the ball, stayed patient, and struck the ball past the Bucks for a 2-0 lead. Probert wasn’t done contributing to the offense quite yet. He buried a goal in the 83rd minute to give the Dutch Lions a 3-0 lead and earned himself man of the match honors. Flint City put one up on the board in garbage time to make the final for the evening 3-1.

Congratulations to former Cincinnati Dutch Lion Zeus de la Paz, the goalkeeper for the Curacao Men’s National Team. Curacao advanced to the quarterfinal round, where it fell 1-0 to the United States on Sunday.

The Dutch Lions saw their attendance go up 28% in 2019, including the record crowd of 417 fans last night at the home finale. Live stream viewing is up 221% as awareness of the USL League 2 side continues to grow.

Six Points Left on the Table

The Dutch Lions have two more matches left on the regular season schedule and have a chance to make the USL League 2 Playoffs. Chicago FC United clinched the division title with a win against West Virginia this afternoon, but the Dutch Lions can still earn a playoff birth. They control their own fate at this point — two wins, and they are a lock. A win and a draw, and Cincinnati would need some help from other teams in the division to make a playoff berth a reality.