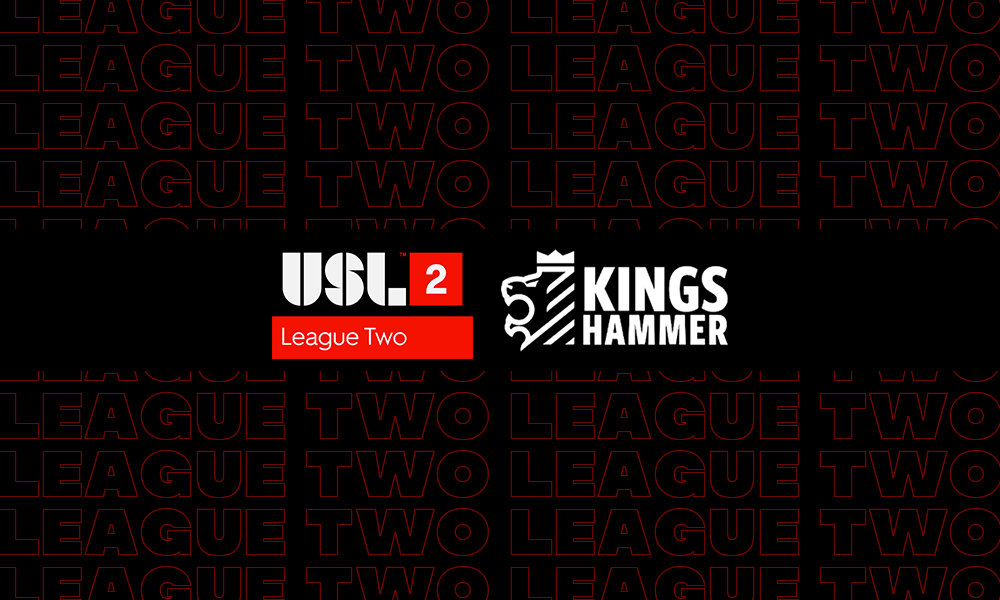 After a one-year dry spell, Cincinnati is getting a new USL League Two club with Kings Hammer announcing today it will be joining the league.

After a one-year dry spell, Cincinnati is getting a new USL League Two club. Kings Hammer announced today it will join the USL U-23 ranks and field a first team in addition to a previously announced Ohio Valley Premier League side this spring. It is not starting from scratch either — it has hired former Cincinnati Dutch Lions FC general manager Brandon Ponchak and former FC Cincinnati player and Dutch Lions coach Paul Nicholson. The club will play home matches at the Xavier University Soccer Complex starting in May. The new club will play in the Great Lakes Division.

Cincinnati Soccer Talk sat down with Ponchak and Nicholson earlier this week to discuss the goals and to find out how Kings Hammer will operate in the Cincinnati ecosphere. We ended up surprised by some of the answers. At first glance, the USL launch looks like a youth club trying to expand and offer new avenues to its players. That is part of it of course, but there is more to it than that. If that was all it wished to achieve, the newly announced OVPL club would do just as well.

“After coaching in this region for a few years now, Brandon and I have realized how underserved the U-23 market is in Cincinnati,” Nicholson said. “There is a lot of talent here, and there isn’t enough for players once they leave club soccer.”

Cincinnati continues to pump out players to the NWSL and to colleges around the country, but the region is far less successful on the men’s side — and not from a lack of talent.

Kings Hammer is looking to develop a top-down approach system similar to one the New York Red Bulls employ. Players in the youth system can attend the USL club matches and see the exact same style/system they are being taught by their coach. Nicholson believes youth players will benefit from seeing the exact same thing they do at training in a finished form.

It is looking for top talent, and it won’t just be inside its own club system. It will be talking to college coaching around the country, looking to field a highly competitive club building off connections they have already made, and continuing their prior success.

What is in it for Cincinnati fans?

First off, look at the tear the prior USL League Two team was on under Ponchak’s and Nicholson’s leadership. Just this year, Aimé Mabika was drafted in the MLS Super Draft first round by Inter Miami. Mabika was identified at Kentucky and brought in by Nicholson and his team in their last season. That isn’t a one-time thing either. Ponchak and Nicholson have helped 17 players go pro since 2017. Just Wednesday, Zeus de la Paz was announced as the newest signing of Oakland Roots after being the starting goalkeeper in Cincinnati just a few years ago. This is a trend that has grown over the past few years, but the COVID-19 pandemic provided some worries.

FC Cincinnati has its own academy, and it may launch its own second team someday. Kings Hammer isn’t competing with it, however. It views this new club as part of expanding the soccer ecosphere in Cincinnati, giving fans additional options to come check out the next generation of talent. Nicholson isn’t going after the same type of players that FC Cincinnati is. He hopes FC Cincinnati and other clubs draft the players coming out of their system. More options are not a bad thing.

Matches will be cheap and local. Playing at Xavier puts the newly founded club right in the heart of the city. You don’t need to drive out of state or way up in a suburb to watch the next generation. You will only need to head over to Xavier and check them out. The more fans that come out, the more leverage this club will have in recruiting players. The better players they recruit, the more talent comes out of Cincinnati. Fans have a lot of impact at this level.

Things to Look out for:

Chief Operating Officer Kevin McCloskey said in today’s press release, “We are committed to providing a high-level adult team as part of our pathway and will have some more developments to announce shortly regarding our competitive women’s team for the 2021 season.”