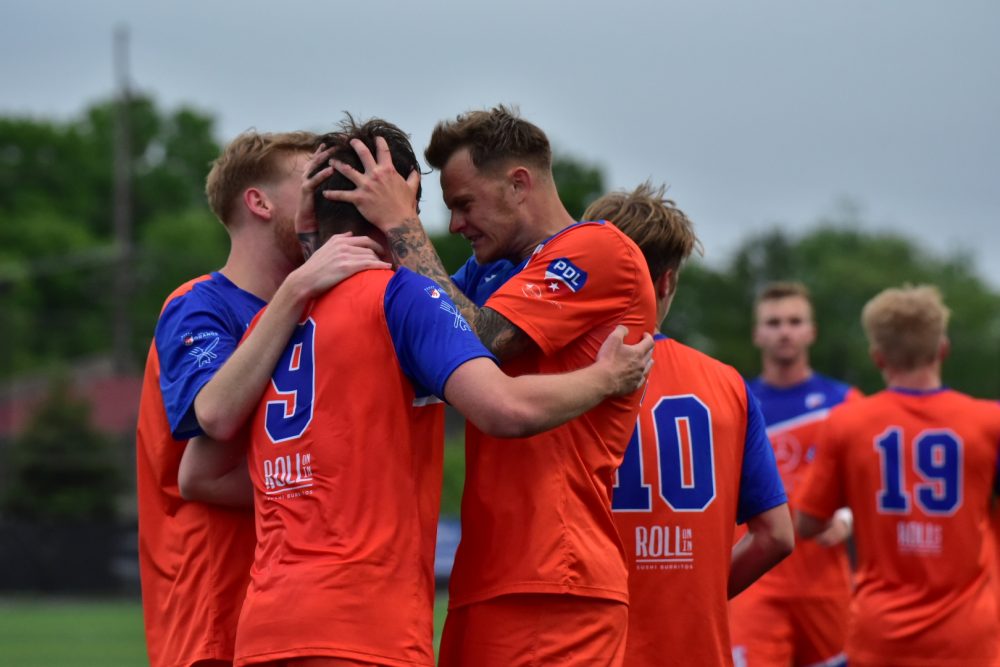 Cincinnati Dutch Lions host Chicago and Dayton with an early division lead on the line. This will be the first match for division points between each squad.

Big Weekend Ahead for the Cincinnati Dutch Lions F.C.

Chicago FC United was selected as the league favorite heading into the season.  Following predictions, they currently sit at the top of the table.  However, this weekend may shake up the Great Lakes division. Two wins by Cincinnati this weekend levels the playing field for all four power teams. Chicago has 9 points currently with a record of 3-1-0.  Their only loss came at the hands of the Flint City Bucks, 1-0 but they turned around and defeated the Bucks 5-0 in their next meeting.

Dayton defeated West Virginia 2-1 on Wednesday night to leapfrog Cincinnati in the standings and head into this weekend’s match ahead of Cincinnati by two points. Both of Dayton’s wins have come in matches against West Virginia. Last season the Dayton/Cincinnati matches decided the division with both flirting with the top spot a few weeks before it ended.

If Cincinnati Dutch Lions F.C. can pull off two victories this weekend, they jump to 10 points. Flint City plays West Virginia this Friday and if West Virginia can find a way to steal 3 points from the Bucks, Cincinnati would be sitting at the top of the table with two victories this weekend. Even if they don’t, the Dutch Lions would still be sitting pretty with another match vs Flint at the end of the month.

Midfield the key for CDLFC

Cincinnati has been playing extremely well in the midfield. Two obvious standouts have been David Lozano and Jorge Guinovart. If the Lions continue to pressure the ball in the midfield and create turnovers, they have a good chance at defeating both Chicago and Dayton this weekend.

Keys to Victory against Chicago

Keys to Victory against Dayton

There’s no question that the match on Sunday holds a special place in the hearts of the fans of both Dutch Lions clubs. There is no doubt that Cincinnati and Dayton do not like one another and it always leads to extremely physical matchups.

One exciting thing that has come out of this rivalry is the $5 Footlong Derby (Named after the Jesus statue at Solid Rock Church among I-75 between Dayton and Cincinnati). The Subway Cup is currently held by Dayton as they won the season series last year. Dayton clinched the Great Lakes Division title on Cincinnati’s home field. Both supporters groups, The Super Mega Ultras, and the Oranje Legion are both expecting big things from their respective clubs this season.

Tickets can be purchased for both matches online at http://www.CDLFC.com or purchased the day of the match at the gate. Follow the Dutch Lions on Twitter @CincinnatiDLFCto #supportlocalsoccer and for more information regarding #DutchSummer. Check out the match stream on CDLFC’s Youtube page as well as CST’s Facebook and Twitter page.