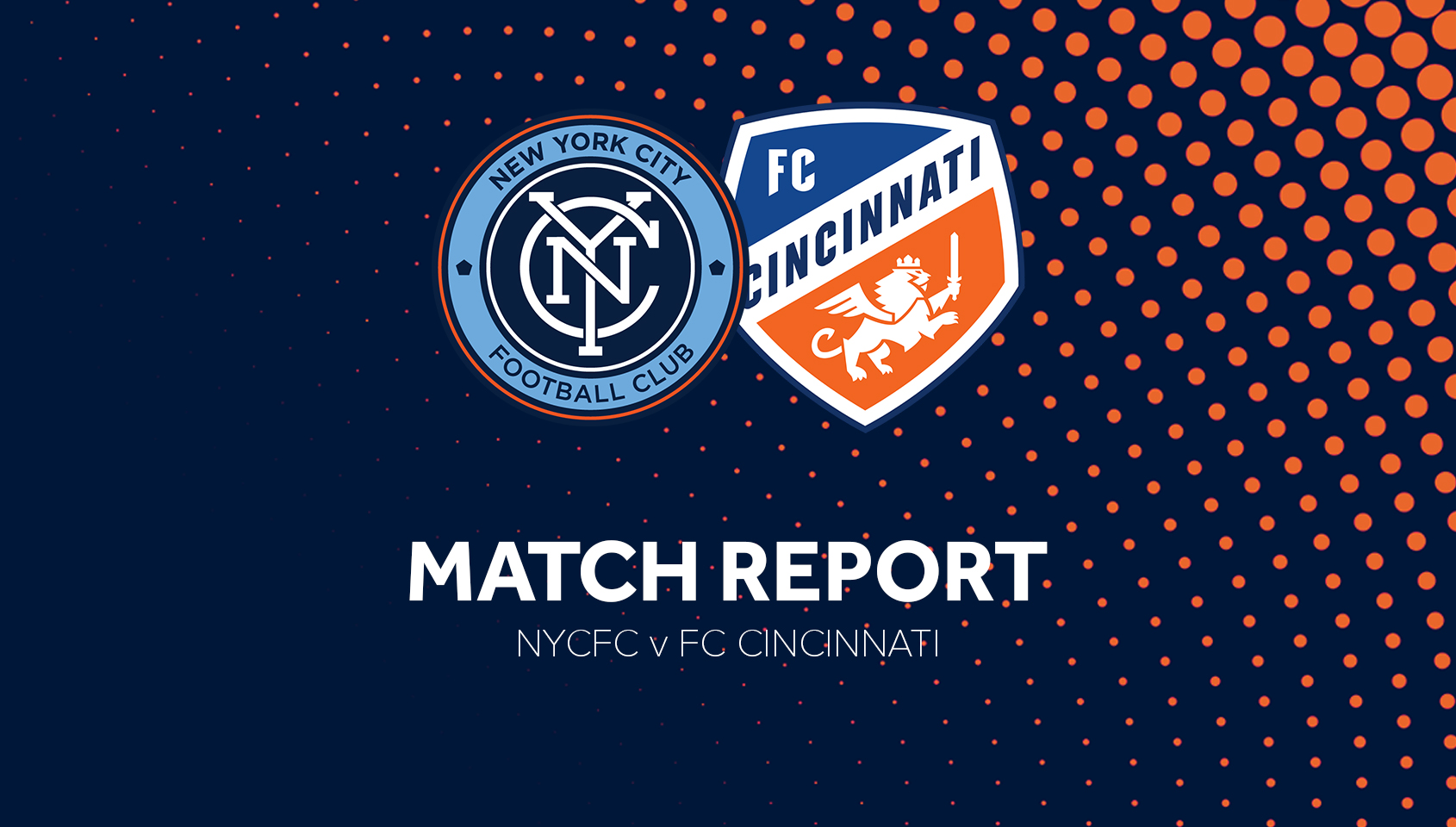 New York scored 7 unanswered goals during the match. The only positive was that two of them were in Cincinnati’s goal.

No one should have expected the game to be easy. FC Cincinnati has struggled in its last several games to collect points from teams sitting at the bottom of the standings. Tonight, the Orange and Blue had to face their toughest opponent since Yoann Damet took the helm as Interim Head Coach. New York City FC sits near the middle of the Eastern table, but they are only 5 points off the top spot with up to 4 games in hand versus teams above them. They were undefeated in their last nine games, and some argue they are the best team in the East.

That said, it was a long 90 minutes for FC Cincinnati. New York scored 7 unanswered goals during the match. The only positive was that two of them were in Cincinnati’s goal. When the final whistle blew, the score line was NYCFC 5 – FCC 2.

The game started well for Cincinnati, who got the first real chance of the evening. Bone intercepted a pass and slotted it to Lamah who got off a shot. Stuver made the save. After that, it was all New York. They tallied three goals over a period of 18 minutes. Cincinnati managed to get one back off a free kick when Heber headed the ball into his own net. The Orange and Blue were lifted a bit by the goal, but that ended only minutes into the second half when NYCFC notched another goal in the 49th minute. Each team managed to pick up another goal before the game ended, but for FC Cincinnati, the damage was done early in the first half and they never recovered.

For fans looking for positives, there wasn’t much to be found. FCC had less than 40% possession and created only 12 chances compared to 22 for New York. Cincinnati only completed 270 passes with a 74% pass success, and though they made 20 crosses (more than twice NYCFC), only 4 were accurate. Defensively, the team looked lost allowing New York to carve them up at times like a Thanksgiving turkey.

Damet also struggled to find positives. “Today is a big disappointment, especially in the first half. In the second half, I saw a little bit more of my team. The team that was improving in the past week. There is a little bit of satisfaction but there are a lot of things we need to address.”