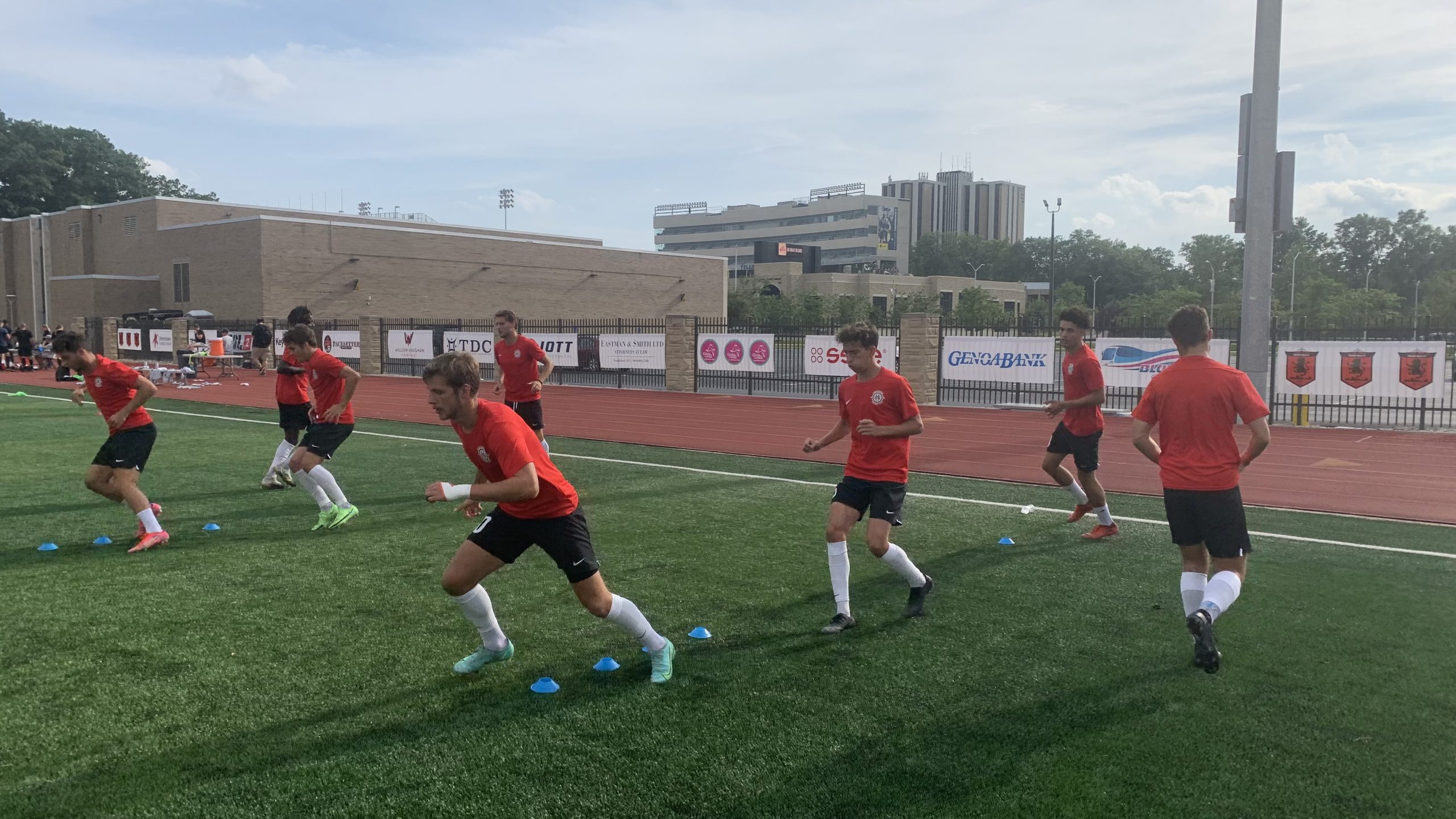 The Dayton Dutch Lions may be winless, but it’s still a big game for Kings Hammer FC today at Xavier’s Corcoran Field.

Historically, most USL Two seasons have a Dayton Dutch Lions team looking at making a playoff appearance. This year the Dutch Lions find themselves in last place in the Great Lakes Division and playing the role of spoiler at this point.

No one expected Dayton to be at the bottom of the table when this season started. The first match against Kings Hammer was close. KHFC needed an ESPN Top 10 goal from Karson Kendall to come away with the victory in added time to win the season opener.

At this point, that seems like a lifetime ago. Kings Hammer has only two losses (both to first place Kalamazoo), and Dayton just earned its first point of 2021 this past weekend. Dayton stole that point from Ft. Wayne.

Today’s matchup isn’t going to be a cakewalk for Kings Hammer. Dayton isn’t going to come into Xavier’s Corcoran Field and just roll over and play dead. Dayton is a hard-working bunch that is going to try to outmuscle Kings Hammer and try to put a damper on the Kings of the Queen City’s run towards the playoffs.

The referee crew is probably going to have its hands full today. There is no love lost between these two cities and these two clubs even with only one meeting between the clubs at this point. The opening season loss sent Dayton on the downward spiral and showed the new Kings Hammer side that they could hang in the best division in USL Two.

Typically, this late into the USL Two season you start to see changes. Coaches start looking at total minutes played by players and start resting guys and making changes. KHFC’s Paul Nicholson is aware of guys that have substantial minutes this season. He knows what this match means to his first-year club though.

Daniel Barlow and Melker Anshelm lead field players with over 800 minutes played. Bradan Allen and Alexander Krakowiak are close behind them with over 700 minutes played each.  We saw some rotation with these players in the Toledo match to try and give them a little more rest and may see something similar tonight.

How bad is Dayton’s Defense?

It isn’t good but it isn’t as bad as the numbers indicate. It has given up three or more goals in six matches. Those numbers along with the -24 goal differential are deceiving.

Seven goals of the -24, were in one match, against Flint City. Dayton also spent a substantial amount of time down a man in that match. It should be noted, however, that its offense only has eight goals. So the goal differential may be more about how bad its offense is more so than how bad its defense is.

Get support in the 18: Kings Hammer needs to counterattack quickly and confuse the Dutch Lions defense by overlapping one another and overloading the penalty area.

Do not allow Dayton to “hang around”: The longer the match stays within striking distance for Dayton, the more confidence it will have. If Kings Hammer can score early, it may shut Dayton down.

Do not underestimate Dayton: Kings Hammer needs to take the match personally. It has a target on its back, and there’s nothing Dayton would like more than to come into Cincinnati and steal three points.

Use code CSTKHFC at checkout to save 10% on your tickets.