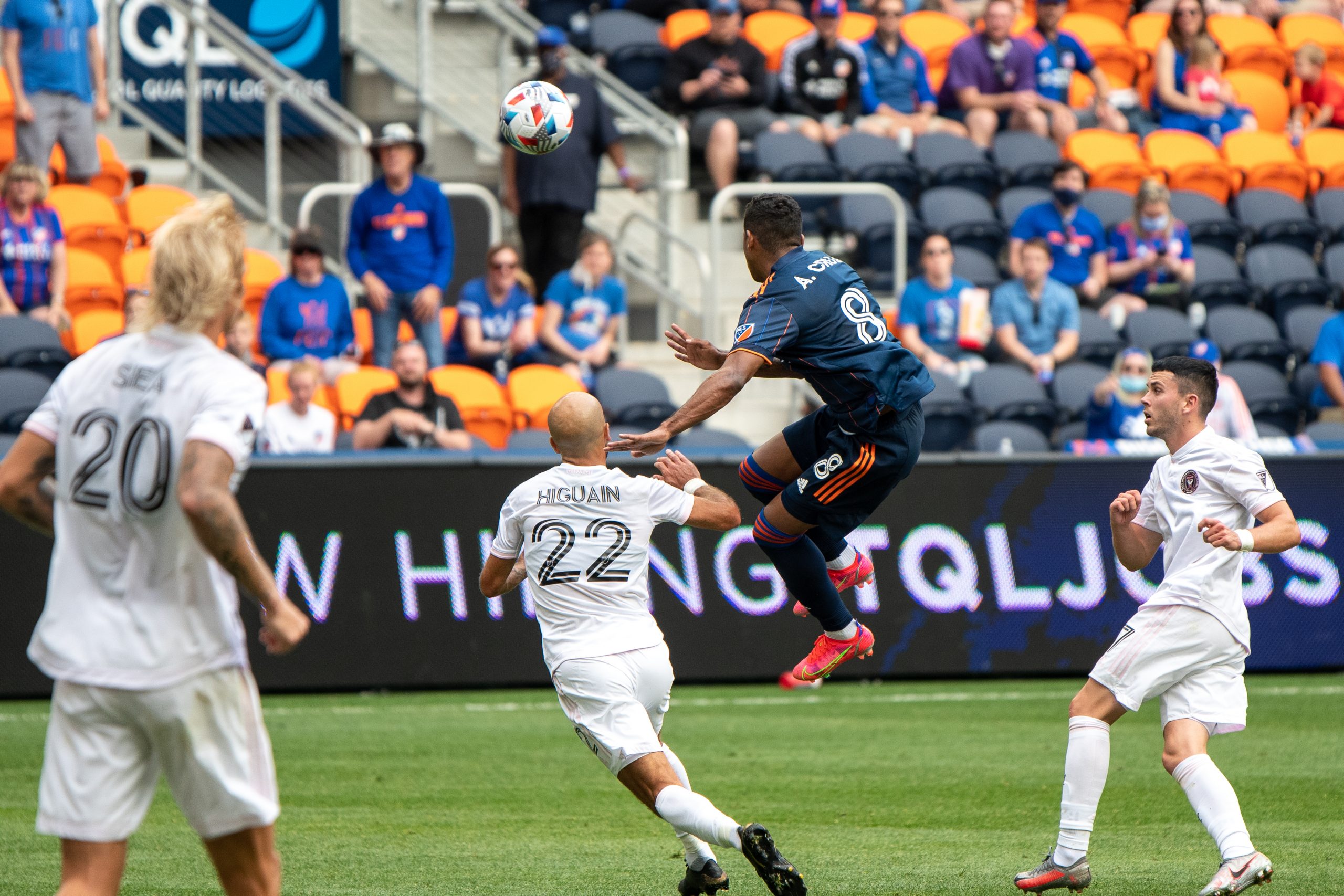 Allan Cruz hasn’t seen many minutes under FC Cincinnati coach Jaap Stam, but the midfielder made the starting lineup on Sunday against Inter Miami CF. Cruz admitted he’s been frustrated during the last year with playing time but says he has a good relationship with Stam.

Has the curious case of Allan Cruz been solved?

Cruz’s role on the team has been a recurring storyline throughout Jaap Stam’s tenure as FC Cincinnati head coach. Thursday marked the one-year anniversary of Stam’s hiring, so perhaps it’s fitting that Cruz finally seems to be gaining a foothold in the squad.

In 2019, Cruz averaged 79 minutes while scoring a team-leading seven goals with an assist in 22 appearances, all but one of which being a start. But last season under Stam, Cruz logged only 54 minutes per match over 14 appearances, with only eight starts and a lone goal.

Cruz, 25, admitted on Thursday during a videoconference interview that he was frustrated at times over the past year due to his reduced role while adding that the communication between he and Stam never wavered.

“It has been a bit frustrating,” Cruz said, through an interpreter. “I had conversations with Jaap since last season. We talked about what he wants from me and how he wants me to play. I try to be very focused on training sessions and be focused in the games and always be at my best. I want to be in the starting XI and for him to have that confidence in me.”

Perhaps Cruz found his spot playing alongside Yuya Kubo in Sunday’s 3-2 loss to Inter Miami in the inaugural match in TQL Stadium.

According to Cincinnati Soccer Talk’s Nate Gilman, Cruz and Kubo combined for 43 pressures in the game, 12 of which were successful, with four tackles and two blocks. They also contributed 14 ball recoveries while advancing the ball into the final third 24 times.

“Allan fits in well in the role that he played in the last game,” Stam said via videoconference on Thursday. “I’m quite happy about that. I told him that as well. We spoke several times last season. There are still things he needs to improve. I think Allan is still a young guy. He has a certain ability. He did quite well in the last game.”

Prior to Stam’s arrival, Cruz was seen playing in higher positions or on the wing and not in a holding midfield position. Cruz has said in the past that he prefers to play in the No. 8 spot as a central midfielder with both an attacking and defensive role.

“Jaap gave me the confidence to not only start but play in my natural position,” Cruz said. “Hopefully I showed enough to keep in starting XI.”

Cruz is still one of the most popular FCC players among the fans, perhaps because he was one of the few bright spots during a dismal inaugural season in MLS. These days, the Costa Rican has added motivation after recently becoming a first-time father.

“My son has been a blessing for me,” Cruz said. “Whenever I’m on the pitch, I think about my family. It has been an extra motivation.”

While it has taken some time for Cruz to settle into a role, it doesn’t seem to have damaged his relationship with Stam. The regular discussions between the two have at least helped them understand what one expects from the other.

“He’s a very knowledgeable coach,” Cruz said. “Jaap has a vision about what he wants a player to do. It’s on us to execute the way he wants to play. As a professional, you always have to jump in and play something different.”

Judging by his performance last weekend and Stam’s assessment of it, it’s likely Cruz will be back in that same role again when the Orange and Blue face CF Montreal in Fort Lauderdale, Florida, at 1 p.m. Saturday.

FCC will be looking to replicate the performance against Inter Miami, sans a couple of defensive lapses in the first half. The metrics indicate that FCC is improving week to week. While the results have yet to bear that out, Stam plans to stay the course, clean up the errors and perhaps this time turn a positive performance into three points.

“We conceded some sloppy goals,” he said. “Just need to be a little sharper at times. But coming back from 2-0 down, a lot of positives.”