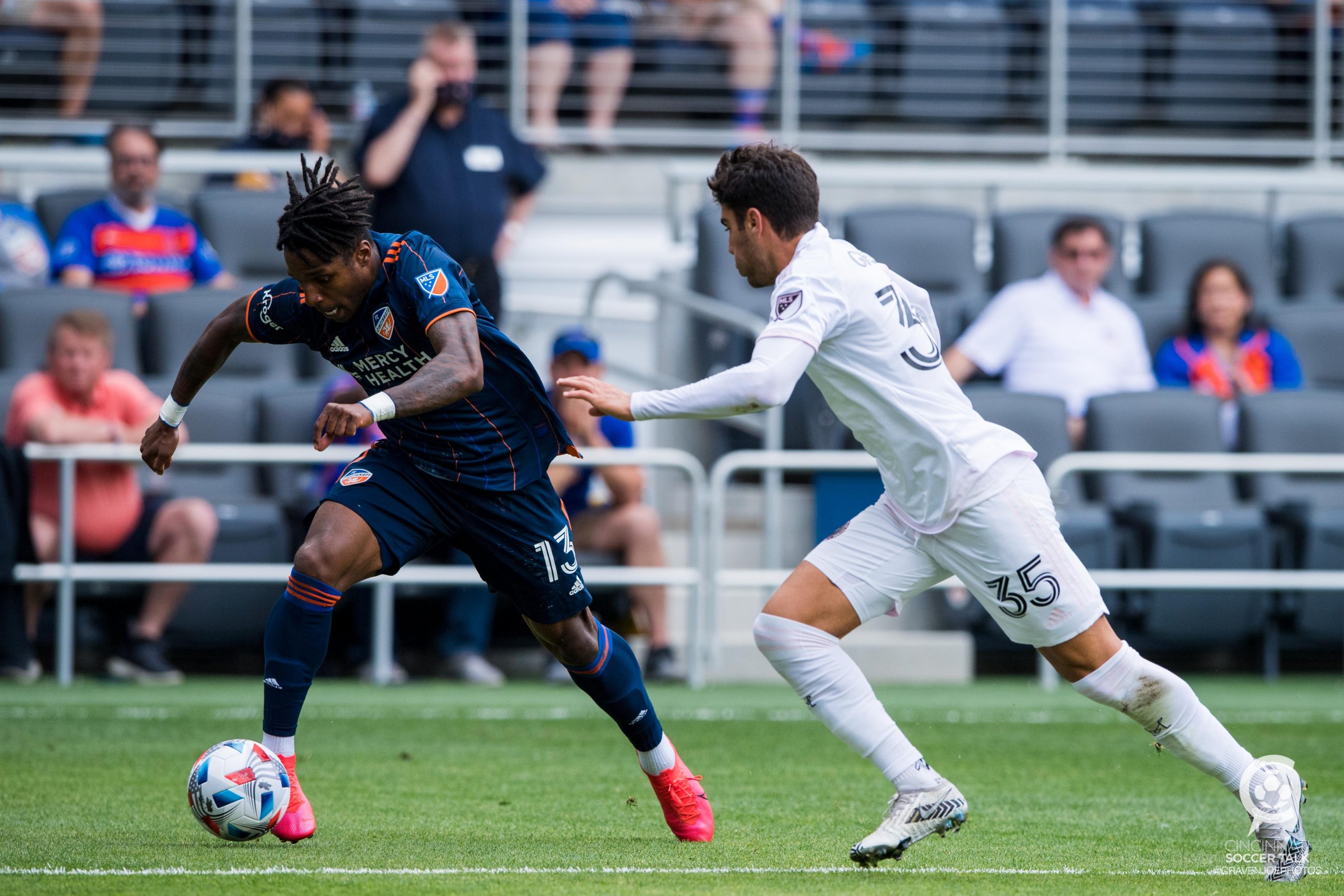 FC Cincinnati and CF Montréal lost late in heartbreaking fashion last weekend, and both will be looking to rebound on Saturday in South Florida. The team formerly known as the Impact have started the 2021 season in Fort Lauderdale, Florida — the home of Inter Miami CF — because of COVID-19 pandemic travel restrictions in Canada.

The rebranded CF Montréal have been a pleasant surprise to start the season with a 2-2-2 record. That is good enough for fifth in the Eastern Conference on goal differential and squarely in the early MLS Cup playoff picture. The team has achieved this despite their manager, Thierry Henry, resigning before training camp this winter.

FC Cincinnati has failed to exceed expectations, unfortunately. The Orange and Blue have a record of 0-1-3 so far, but they showed signs of improvement during the inaugural match at TQL Stadium. FCC started three new players in the heart of the defense and will hope they keep progressing with time.

Turning The Page In Cincinnati

Opening a new soccer stadium is often described as opening a new chapter, a fresh start. It wasn’t the result he wanted, but coach Jaap Stam has enough to build off that performance going forward. FCC was the better team in long stretches against Miami. It’s important that the players fight through the disappointment of losing late and focus on what they did well.

Stam made a lot of changes to his lineup in the home opener, and some worked better than others. Will he stick with those new partnerships in defense and midfield, or will he continue to tinker? Geoff Cameron showed leadership early and often, but his ability to play a full 90 minutes is still in question. Allan Cruz and Yuya Kubo put in a good effort, but FCC still struggles to control the midfield. FC Cincinnati needs to develop continuity, and a promising performance in front of the hometown faithful might justify those selections again.

The Sun Is Shining For Montréal

There were plenty of reasons to overlook CF Montréal in pre-season. Wilfried Nancy, who was promoted from assistant coach to replace Henry, is a first-time head coach. He’s leading a team that is playing away from home permanently for the second season in a row. But Montréal has silenced its critics through six matches with several strong performances.

Nancy has been a part of Montréal’s academy since its inception in 2011 and began working as an assistant coach for the MLS side in 2016. He has decided to build off the foundation Henry started at the club, and the continuity has been helpful. But the biggest difference makers are newcomers: Norwegian American striker Bjørn Johnsen and U.S. youth international Djordje Mihailovic. Those two have energized the offense, contributing four of the team’s eight goals.

This could prove to be another tough matchup. CF Montréal is another 2020 playoff team that likes to put pressure on its opponents high up the pitch. It will be content to give up possession and dominate in transition. That has been the biggest issue for FCC this season. The Orange and Blue will need to limit turnovers and stay organized against the counter because this match will be won and lost in the midfield.

For FC Cincinnati to get a result, the best defense might be a good offense. FCC gave up 10 shots against Inter Miami, which is a season-low. By creating sustained attacks, it can limit turnovers in dangerous areas. Luciano Acosta and Rónald Matarrita have started to develop a great report on the pitch; their link-up play on the left wing is the most creativity fans have seen from FC Cincinnati. Expect both to make an impact again. And look for Álvaro Barreal to keep improving his form.

A win still feels like a reach, but a 1-1 draw is within their grasp. 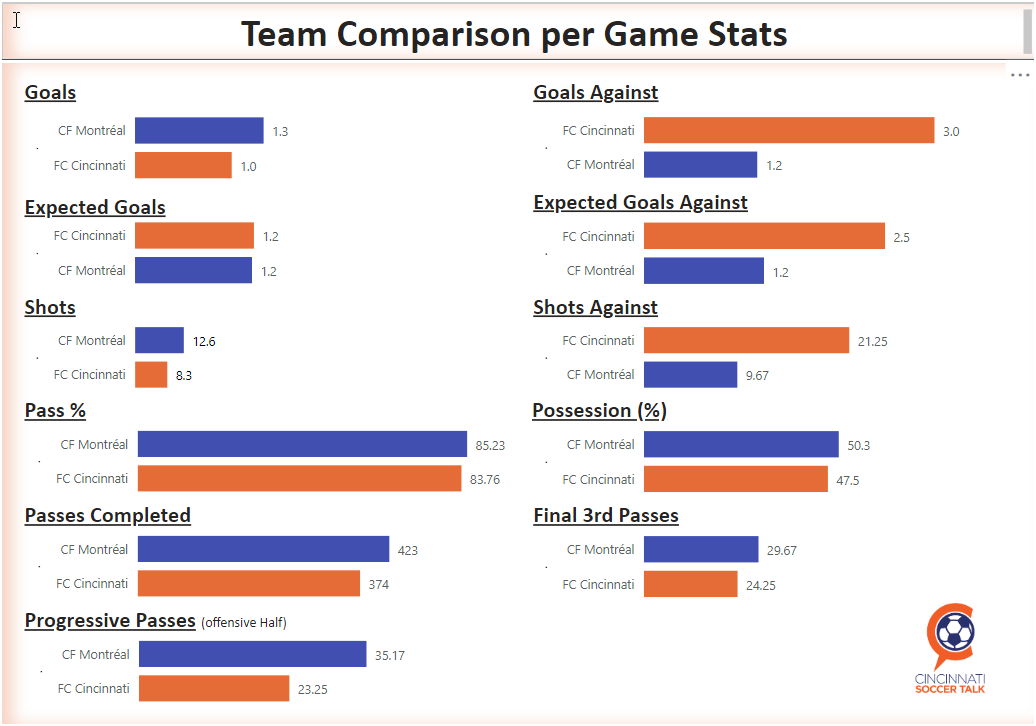 Be sure to check out the latest episode of March to Matchday, where Cincinnati Soccer Talk discusses the CF Montréal match with Samuel Savy of The Ball is Round podcast.