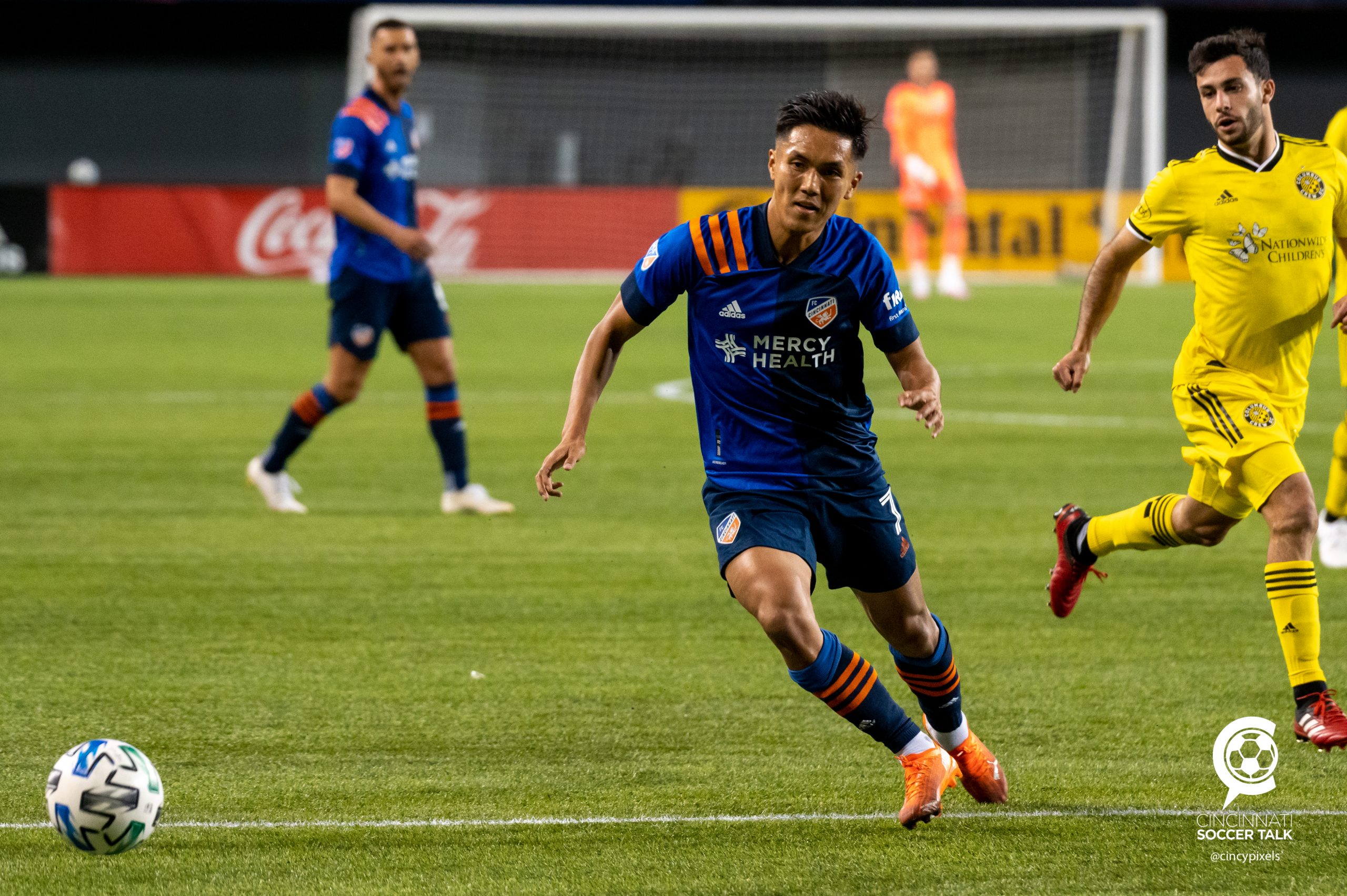 FC Cincinnati coach Jaap Stam has been using Yuya Kubo in the midfield to start the season. Nate Gilman says Kubo’s numbers resemble that of his former teammate Frankie Amaya.

Through three matches in 2021, Yuya Kubo is playing a lot like a former FC Cincinnati midfielder Frankie Amaya.

Kubo, signed in January 2020 from KAA Gent, arrived as a designated player to bolster FCC’s attack as a second striker or as a winger. Kubo struggled during the COVID-19 impacted 2020 season, notching three goals and zero assists, playing all across the front line of Cincinnati’s attack. When the saga surrounding Amaya’s trade request ended and he left for New York Red Bulls in exchange for $950,000 in general allocation money, FC Cincinnati was down a central midfielder without a like-for-like replacement. Kubo’s starting spot in the attacking trio was already in jeopardy with the additions of Brenner, Luciano Acosta, and first round SuperDraft pick Calvin Harris.

In preseason, coach Jaap Stam noted FCC would try Kubo as a more reserved central midfielder, though he had little experience there. “It’s been something I’ve been thinking of for a long time already, knowing Yuya and what his qualities are,” Stam said in April. “He’s very comfortable in what I’m asking of him.”

Kubo echoed his manager’s sentiment in an interview with FC Cincinnati’s website. “Yeah, first time for me it’s very difficult because he put me in the midfield, number eight,” said Kubo. “I didn’t play this position before but now I am getting used to this position. That now he put me the number six, yeah, I’m always trying to adjust, but I feel good now.”

So far, statistically, Kubo has filled Amaya’s role, matching his production defensively while contributing more to the team going forward.

Three matches is a small sample size, but so far, Kubo is matching Amaya’s defensive contributions from 2020 statistically. So far in 2021, Kubo has averaged 23.2 pressures, 4.55 tackles and 2.27 blocks per 90 minutes. Kubo’s 6.36 tackles plus interceptions per 90 minutes outpaces Amaya’s 2020 ball-winning production of 4.15 tackles plus interceptions. Additionally, Kubo is averaging nearly one more ball recovery per 90 minutes than Amaya did in 2020, 8.18 to 7.25.

Kubo’s pedigree as an international attacker has also paid dividends, as he’s proven to be an upgrade over Amaya in terms of ball distribution and progression. Kubo’s 9.09 progressive actions outranks Amaya’s 7.26 per 90 minutes. Kubo’s 5 final third entries per 90 minutes compares favorably to Amaya’s 3.58 per 90 in 2020. The only area statistically where Amaya outproduced Kubo was in progressive carries per 90, 5.03 for Amaya compared to Kubo’s 4.09.

Overall, Kubo’s transition to playing a deeper role for FC Cincinnati has gone about as well as could be expected. Even with the very small sample size of the 2021 season, Stam appears to have identified a suitable replacement for Amaya. Going into this season, Stam had to find an on-field spot for Kubo and replace Amaya’s production in midfield. Seeing that both problems could have the same answer is a good piece of management by Stam and his coaching team.

That shouldn’t be the end of this discussion though.

It’s worth considering all of this in the context of building a competitive MLS roster. A now 20-year-old Amaya whose Generation Adidas contract did not count against the salary cap contributed at nearly the same level as a 27-year-old international player on a targeted allocation money contract. So far, Kubo has provided good production as a midfielder, and I wouldn’t be surprised to see him improve even more during the course of this season as he gets more playing time in that position. FC Cincinnati needs to find ways to be on the other side of these swaps — that is, finding good production from players who better fit in MLS’s salary structures.