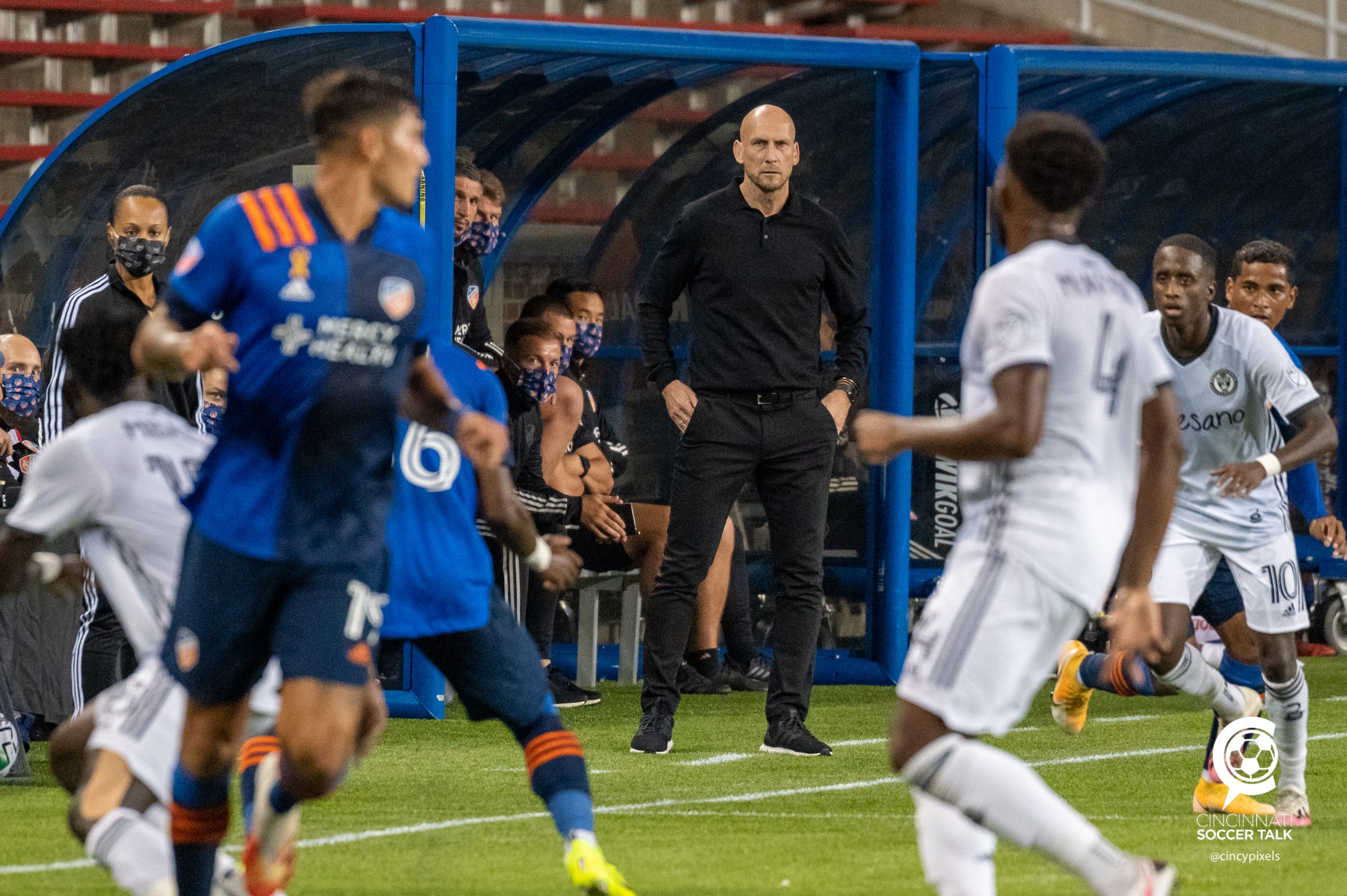 With reports Friday that FC Cincinnati has traded Frankie Amaya to the New York Red Bulls, coach Jaap Stam said the club did everything it could to accommodate Amaya.

If Frankie Amaya is indeed headed to the New York Red Bulls, it’s not for a lack of effort by FC Cincinnati to find the best role for him within the context of team success or to help address concerns that the former No. 1 draft choice has about the club’s commitment to him.

Speaking to reporters via videoconference on Friday amid reports that Amaya has been traded to Red Bulls in exchange for around $1 million in general allocation money (GAM), coach Jaap Stam said he believes he and the club have helped Amaya in every way possible.

“I think the club has done very well towards him,” Stam said. “They’ve helped him out in everything that is possible. That’s a very good thing. For us, we need to keep him positive as well and make him produce as well. That’s what we’re trying to do. You speak to the player. You speak to the club.”

Amaya in a statement a few months ago questioned the club’s commitment to helping him achieve his goals, although he didn’t offer further specifics. It has been speculated that Amaya was frustrated about Stam’s desire to move him from his preferred No. 10 role. Since then, the additions of Brenner and Lucho Acosta have altered FCC’s attack plans.

“We wanted to bring him into certain situations,” Stam said. “You help him out as a player to help make him a better player. I have belief in him. Everybody knows his situation. I know it as well. We’re trying to work hard with the players who are here and prepare for the season.”

If the reported trade comes to fruition, it could help bring financial flexibility for general manager Gerard Nijkamp to continue a roster overhaul that began last year. It also removes a potential headache for the club with chemistry just beginning to foster among the new additions to the team.

Amaya’s exit could mean new roles for Allan Cruz, Haris Medunjanin or Yuya Kubo, who could assume the No. 8 role. Stam spoke positively on Friday about Kubo’s progress this preseason in a new midfield role, and that it is something the former Manchester United man had considered for some time.

“It’s been something I’ve been thinking of for a long time already, knowing Yuya and what his qualities are,” Stam said. “He’s very comfortable in what I’m asking of him. When you see him playing in training sessions and games, he’s very important for the team. It’s a very positive change. I’m very confident that he can produce in what we’re asking of him.”

The Orange and Blue added to their depth at center back on Monday with the acquisition of Gustavo Vallecilla on a one-year loan from Ecuadorian club SD Aucas, and Stam said he hopes that at least one more addition will be made prior to opening the MLS season on April 17 at Nashville SC.

Stam added that Saturday’s scrimmage is not intended to further evaluate the club’s roster needs moving forward. It’s all about fitness and stretching minutes to prepare for the season opener.

“Based on tomorrow’s game there’s not going to be decisions to be made,” he said. “I know very well the club. We know what we need and what we need to add.”

Stam said there are only a couple of injury concerns heading into Saturday’s match.

There is no timetable for Maikel van der Werff’s return. Jurgen Locadia is still out, although his thigh issue is improving.

“He’s running again,” Stam said. “He’s feeling a lot better than a week ago. He needs a couple of tests. He could rejoin the group after the weekend.”