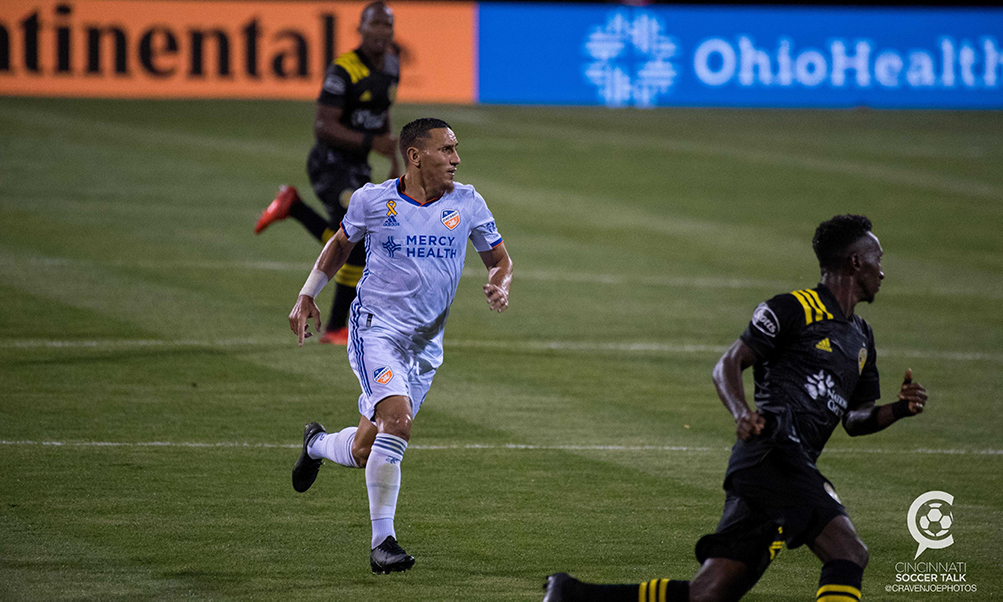 FC Cincinnati midfielder Adrien Regattin has left the club to return to his native France after feeling homesick, according to a report from Laurel Pfahler.

FC Cincinnati midfielder Adrien Regattin has left the club to return to his native France after feeling homesick, according to an initial report Friday from Laurel Pfahler.

Regattin, 29, has certainly been one of the most impactful players since joining the club, appearing in all 10 matches, including seven starts. He also recorded two assists, one of those on the goal leading to the defeat of Atlanta United in the MLS is Back Tournament.

The timing of the move is less than ideal for FC Cincinnati. With 13 matches expected to be played over the next two months, the club will be left with few pure attacking options up top and on the wings with Jurgen Locadia, Yuya Kubo, and Joseph-Claude Gyau left as the few healthy options. The club has seen Allan Cruz and Siem de Jong play in advanced roles, but both have battled injuries and aren’t true striker or wide options.

One benefit of Regattin’s departure is that it opens up an international spot for incoming Argentine winger Alvaro Barreal. The club is rumored to have another international spot opening shortly via a green card for an existing player, but any further international additions would likely be subject to lengthy absence due to visa processing and a mandatory COVID-19 quarantine.

Regattin’s departure in the short-term will force coach Jaap Stam to make several changes to the lineup for Saturday’s game at New York City FC. Frankie Amaya will be out due to a yellow card suspension, Jimmy McLaughlin is not medically cleared to play and Kamohelo Mokotjo is also unavailable.

Regattin had playing alongside Locadia to lead the FC Cincinnati attack. Expect Kubo to move in from the midfield to take over where Regattin had been playing, and look for the potential returns of Haris Medunjanin, Caleb Stanko or Allan Cruz to the lineup.