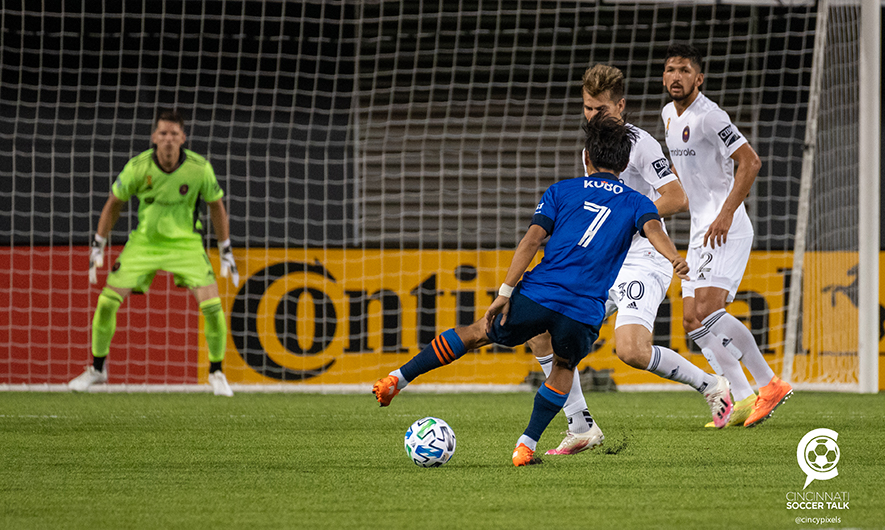 With a full week between games and against a different opponent, FC Cincinnati hopes to change its fortunes Saturday at New York City FC.

That’s right, the Bronx residents are playing in their rival’s stadium, Red Bull Arena in Harrison, New Jersey — one of the many odd circumstances coming from delayed scheduling during a global pandemic. NYCFC doesn’t seem to be bothered by their vagrancy, winning three of the last five matches (two of which were at “home”).

Just like FC Cincinnati, NYCFC has a new head coach this season. Norwegian Ronny Deila, famous for winning the Scottish Premiership for Celtic, took over for Domènec Torrent after New York City finished atop the Eastern Conference in 2019. The team struggled under his leadership initially, barely sneaking into the knockout rounds of the MLS is Back Tournament in Orlando, Florida. But since that lucky qualification and quarterfinal appearance, Deila’s men have turned their form around.

It couldn’t come at a worse time for FC Cincinnati coach Jaap Stam and his team. FCC has only earned three points from its last five games, giving up six goals and scoring none. These offensive woes will surely be the emphasis this weekend, but NYCFC tends to dominate possession, and Stam’s preferred shape will likely give it what it wants. Many fans will want the Orange and Blue to get forward, create chances and take shots on goal, but the team may have to focus on defense for much of the match.

In its last game, New York City struggled to break down D.C. United in a 0-0 draw. Despite facing 19 shots and 24 crosses from NYCFC, and without recording a single shot of its own, D.C. held firm and got the point. It’s a game plan worth considering; captain Kendall Waston and the FCC defense aren’t worried about crosses into the box. But another goalless draw will certainly be disappointing for FC Cincinnati at this point in the season.

Possession heavy teams like New York City tend to hold a very high line, with their defenders usually playing around the middle of the pitch. Deila has employed defensive midfielder Alexander Ring as a makeshift left-winger in the last two games. While Ring lines up out wide, he tends to tuck in and roam central midfield so left-back Ronald Matarrita can bomb up the sideline. FC Cincinnati will need to be clinical on the counter-attack, because there will be plenty of space behind the NYCFC defenders. Joseph-Claude Gyau will be playing against Matarrita, and if he can find that space and a reliable end product, he could help break the scoring drought.

FC Cincinnati has seen how this tactic can succeed and fail this year. It will be challenged if it sits back and look for counter-attacks. New York City has put in double-digit shots in its last four games, and Maxi Moralez is one of the more creative playmakers in MLS. Both of FC Cincinnati’s blowout losses came on the road. If FCC is going to change its fortunes, new signings Jürgen Locadia, Yuya Kubo, and Siem de Jong will have to get on the scoresheet.