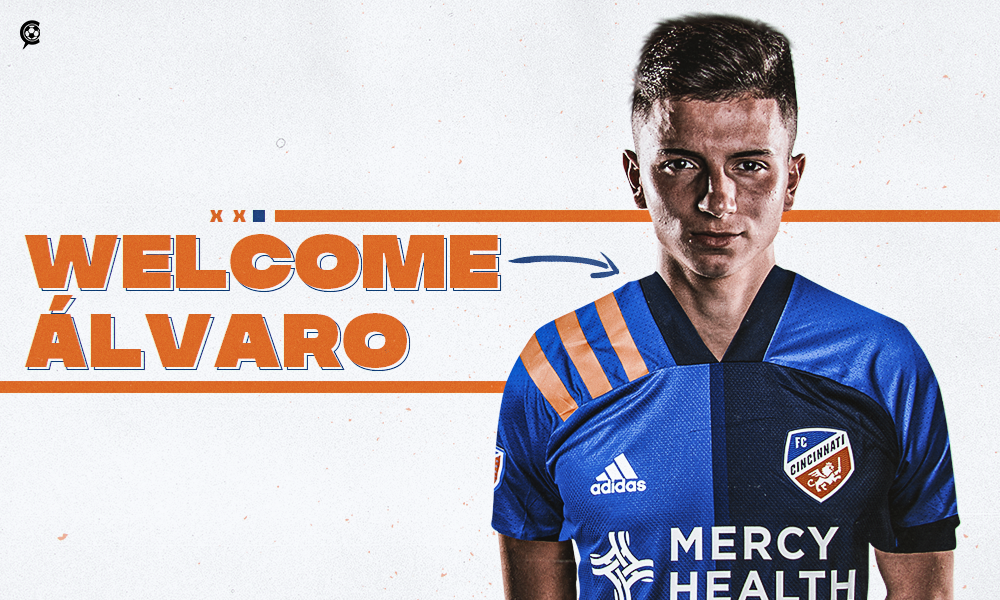 FC Cincinnati confirmed the report of Enquirer beat writer Pat Brennan by announcing the acquisition of 20-year-old winger Álvaro Barreal from Club Atlético Vélez Sarsfield (Vélez) of the Argentine Primera División via transfer on Wednesday. Barreal has signed a 3-year deal, with the club having an option for a fourth year.

Barreal is a pacey-winger who would likely feature on the left side of the FC Cincinnati attack but has the potential to use his strong left foot in an inverted role on the right.

“We are always seeking for interesting, good young talents in the national and international markets to strengthen our roster,” General Manager Gerard Nijkamp said in the club’s press release. “In our opinion, Álvaro Barreal is this type of potential talent who can compete within our squad and must now take the next step in his career at FC Cincinnati.”

Barreal will occupy an international roster slot and be added to FC Cincinnati’s 2020 roster upon the receipt of his International Transfer Certificate and P1 Visa and completion of any mandatory quarantine period under local government and MLS health and safety protocol. The club did not state how it had come upon an open international roster slot, but reports have said two FCC players were close to achieving U.S. Green Card status.

The terms of the transfer are unknown, but Sábado Vélez reported that the fee would be for $1.5 million, with additional performance bonuses for Vélez. The amount of the transfer, coupled with the winger’s salary, could potentially make Barreal a Young Designated Player (YDP) on the club’s roster budget. To make Barreal a YDP, the club would have to buy down a current DP (likely Yuya Kubo or Allan Cruz).

In doing so, the club could utilize an MLS rule that would fit Barreal onto the roster with a diminished cap hit of $150,000 this season and $200,000 when he is age 21-23 in a league year. MLS is looking to increase the amount of talented youth brought into the league by introducing new U-22 roster rules as soon as 2021 season per The Athletic.

FC Cincinnati fans will need to show some patience with Barreal. He has played less than 500 minutes as a professional and will need time to acclimate to his new city and club. Nijkamp has reshaped this roster to the point where they should not have to rely on the new signing immediately, providing a long runway for his career in Cincinnati. Coach Jaap Stam should be able to integrate the winger slowly, maximizing the opportunities given with the five-sub rule in MLS.

It is not to be understated that this signing is one FC Cincinnati will hope pays dividends in the future should it be able to help develop Barreal and sell him for a large transfer like Miguel Almiron.