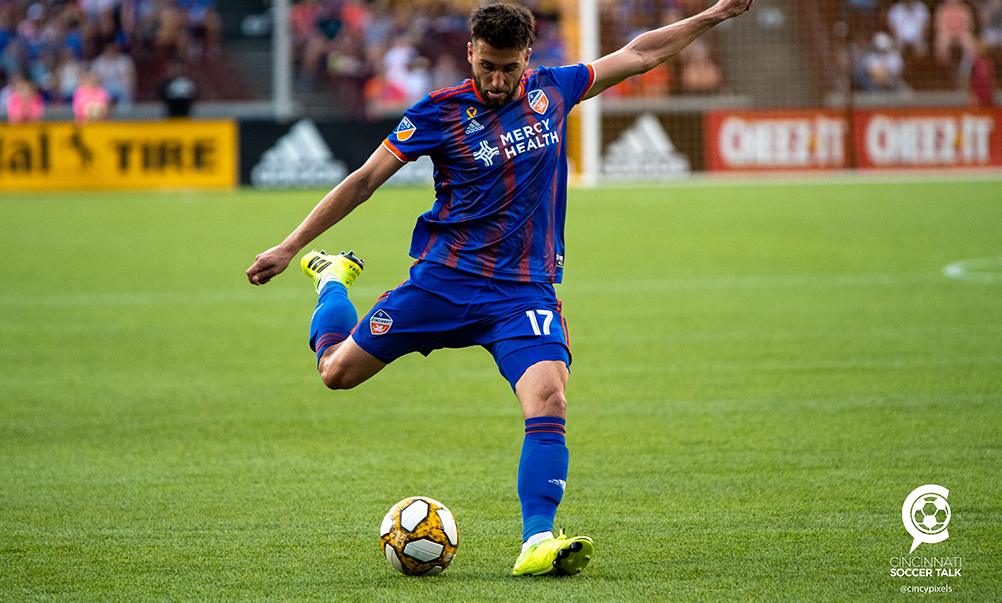 Allan Cruz and Mathieu Deplagne received their Green Cards during the offseason, giving them stability and options in the future.

MASON — FC Cincinnati made several key additions to its roster during the offseason. There were also two important roster moves from players who remained.

The club announced in January that midfielder Allan Cruz, a Costa Rican, and right back Mathieu Deplagne, from France, earned their Green Cards, making them lawful permanent residents in the United States. It was a good piece of business from a roster perspective, because the Green Cards mean they don’t take up valuable international slots. It also provides the players a bit of stability.

“I’m very glad and happy to have received my green card,” Cruz said through club interpreter Anwar Chagollan at FC Cincinnati’s media day. “It’s no secret that in this league it’s very important for an international player to get his green card, and more than anything I just needed to for the club because I want to be here in the long term and I want to be an important part of the club.”

FC Cincinnati helped the players in the process. The U.S. Citizenship and Immigration Services website does not give a specific timeline for the Green Card process. In most cases, someone must sponsor a Green Card applicant through a petition.

After the petition is approved, the applicant either applies for a Green Card through USCIS or a visa through the State Department. Then there’s biometrics, such as fingerprint processing, an interview and finally a decision.

Deplagne said the process was quick and applied while back in France.

“Everybody’s winning,” Deplagne said of his Green Card status. “It’s the best way. For me, in the United States I don’t feel like a stranger anymore in MLS.”

Cruz and Deplagne had small celebrations after their Green Card applications were approved.

Both have several years of soccer ahead of them, but the Green Card gives them the option — should they choose to pursue it — to stay in the United States after they’re done playing.

“Soccer’s a very short thing,” Cruz said. “I’ve already started planning for my future. I’ve already made some investments in properties. We’ll see. I haven’t thought about where I’m going to be.”