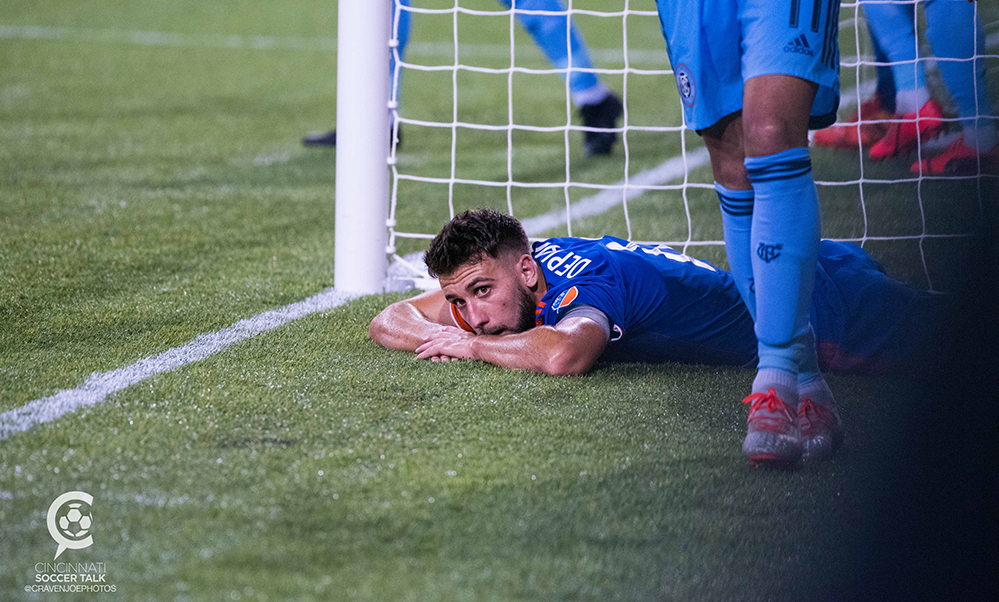 FC Cincinnati announced Friday that midfielder Allan Cruz and defender Mathieu Deplagne have obtained their U.S. Green Cards. This new legal status makes them lawful permanent residents in the United States and means they will no longer occupy international roster spots for FCC.

This is quietly one of the most impactful developments for FCC as a team, not to mention the incredible change this will provide in the lives of Cruz and Deplagne. Both joined the Orange and Blue last winter as two of the most promising transfers in the transition from USL to MLS. Both delivered on that promise and stand to lead the team into 2020 as well.

Cruz proved to be incredibly versatile throughout Cincinnati’s inaugural MLS season. He played all over the midfield, starting the year as a makeshift right winger before spending most of his minutes switching between attacking and defensive positions in central midfield. He started 21 of the 22 games he appeared in, scoring a team-high seven goals. Cruz was named the team MVP and was voted FCC Player’s Player of the Year.

Deplagne was the only constant for Cincinnati’s defense in 2019. He appeared in 33 of 34 league games last season, starting all of them. Naturally a right-back, Deplagne often played out of position on the left-hand side when injuries sidelined starting left-back Greg Garza. His experience and poise were vital to a team that struggled throughout the season. Both Cruz and Deplagne are sure to be mainstays in coach Ron Jans’s favored 11 in 2020.

Each team in MLS is given a set amount of roster spots that can be filled with international players. These spots can be traded, so it’s possible for different clubs to have a different number of spots each season. For 2020, FC Cincinnati will have eight international spots. With Cruz and Deplagne no longer qualified as international players, this is the current list for FCC:

Assuming Ndam and Lundt are loaned out during the 2020 season, that leaves FCC with three open international spots. Cruz and Deplagne have made way for some of the new signings from this offseason. Kubo, Medunjanin, and Pettersson all needed to make that squad; and since Emmanuel Ledesma will not be returning next year, all three were able to fit in.

This move gives general manager Gerard Nijkamp the flexibility to make another addition to the roster. It’s no secret the front office wants to bring in a new creative midfielder and a wide forward before the season starts in March. Nijkamp will be able to sign any player he wants, Gaston Pereiro or otherwise, without having to move any senior players off the team. Now Nijkamp can approach the best player, no matter where they’re from.

Last year, both players were in the U.S. on work visas. Cruz was born in Nicoya of the Guanacaste province in Costa Rica. Before his transfer to FC Cincinnati, he played professionally in Uruguay and Costa Rica. Deplagne hails from Montpellier, France, and spent eight years playing professional soccer in France before joining FCC.

Now, as green card holders, they have permanent legal residency and can apply to become citizens of the United States if they live here for five years.