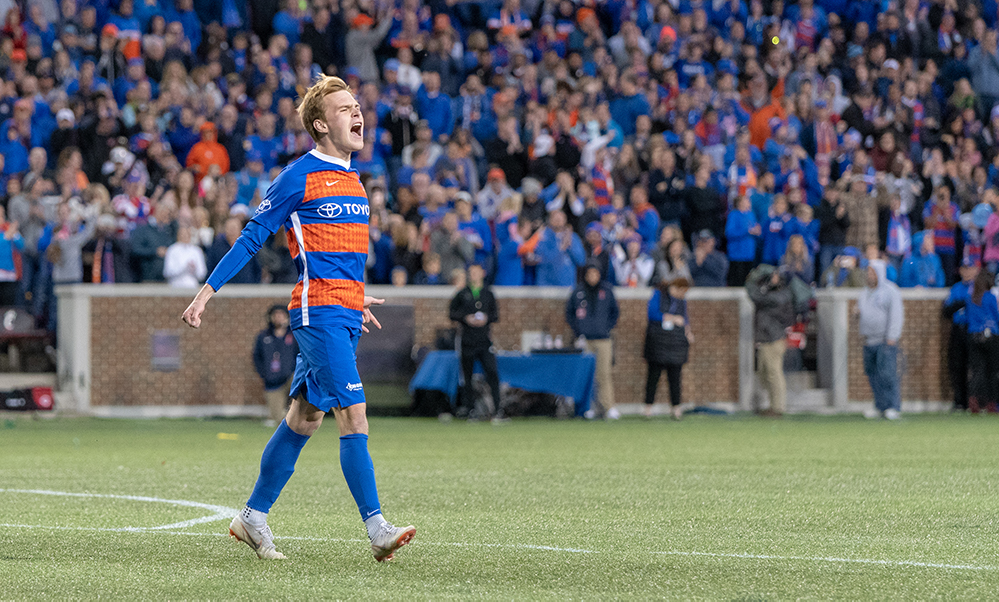 Our Clay Winstead has made peace with FC Cincinnati fan-favorite Emmanuel Ledesma leaving and the possible departure of Jimmy McLaughlin.

I hate goodbyes. I often leave parties without saying it because of the dread and anxiety it induces. But as sports fans, goodbyes are constantly required because professional sports are a business. This is a fact often ignored by supporters, but that’s what they are and how they operate. Every year new players are brought in, and others leave. For the most part, this is accepted, sometimes encouraged. Fanendo Adi is a key example. Other times, the sentiment is closer to heartbreak.

FC Cincinnati looks very different in 2020. While a handful of starters from last year’s inaugural MLS roster will likely keep their spots, there are a lot of new faces. But this time last year, despite all the new additions to the newly promoted FCC, the roster was defined by continuity.

The team brought 10 players from its 2018 USL squad to MLS — more than any other expansion club from USL. This season’s team has plenty of carryovers, but only two players remain from that 2018 team that won the USL Supporter’s Shield: Fatai Alashe and Spencer Richey. Of the eight who have left or could be leaving, the most difficult goodbyes are reserved for Emmanuel Ledesma and Jimmy McLaughlin.

On Oct. 9, at the end of the 2019 regular season, the club decided not to renew the contracts for Ledesma and McLaughlin. Supporters knew change was coming, but few of us were happy to see Ledesma’s and McLaughlin’s contract options declined in the first roster decisions of the offseason.

They weren’t the only two who had options declined by the club, but they were singled out in the club’s statement. Below the list of roster decisions, it read: “*The club is in current negotiations and discussions with Ledesma and McLaughlin about their futures with FC Cincinnati.” With that asterisk, fans had hope. But it was not meant to be.

Ledesma is arguably the most successful player FCC has employed in its short history. In his first year with the team, he scored 16 goals and 16 assists in 31 league performances, running away with the USL MVP award. His invitation to join FCC in MLS was expected and earned. After recovering from an early-season injury in 2019, Ledesma would go on to contribute six goals and four assists.

Through highs and lows, Ledesma was always the last member of the team at Nippert Stadium signing autographs and taking pictures with fans. It’s a cliche now to say he was my favorite player because it seems like he was everyone’s favorite player. But they couldn’t agree to a contract that would keep him here.

McLaughlin has been here since the beginning. Truly, he is the only player left remaining from the first FCC roster in 2016. In his career with the Orange and Blue, he made 103 appearances, recording 12 goals and 11 assists. He’s returned every year because of his speed on the wings, but mostly because of his work ethic and positive attitude.

McLaughlin’s 2019 was particularly brutal. He tore his ACL in preseason training, and he never got to play a minute in MLS for FCC. As he rehabilitated, he was forced to watch from the sidelines as the team struggled without him. On top of that, he couldn’t prove himself to the new general manager and head coach.

While McLaughlin is still without a contract, the team has invited him to preseason training in Arizona as a “trialist,” giving him the opportunity to earn a spot on the roster in 2020. McLaughlin spoke to Cincinnati Soccer Talk about his preseason opportunity, and if anyone has the grit and determination to make it, it’s him.

I believe in McLaughlin, but it’s possible his fate will match Ledesma’s. Even thinking about it breaks my heart, but I’m trying to make peace with it. Their departure could be the beginning of a new era in Cincinnati. This club has made it to the pinnacle of professional soccer in this country, and unfortunately, hard work and sentimentality aren’t good enough anymore.

Hopefully, this will provide Ledesma the opportunity to play elsewhere; where he can put his teammates on his shoulders and make a difference, where he can truly be appreciated. I know McLaughlin has a chance, but if his future doesn’t lie with FCC, another club found their next fan favorite. Saying goodbye and letting go of the players I love isn’t easy, but in the end it might be the best for everyone. I wish McLaughlin and Ledesma the best of luck, wherever that may be.