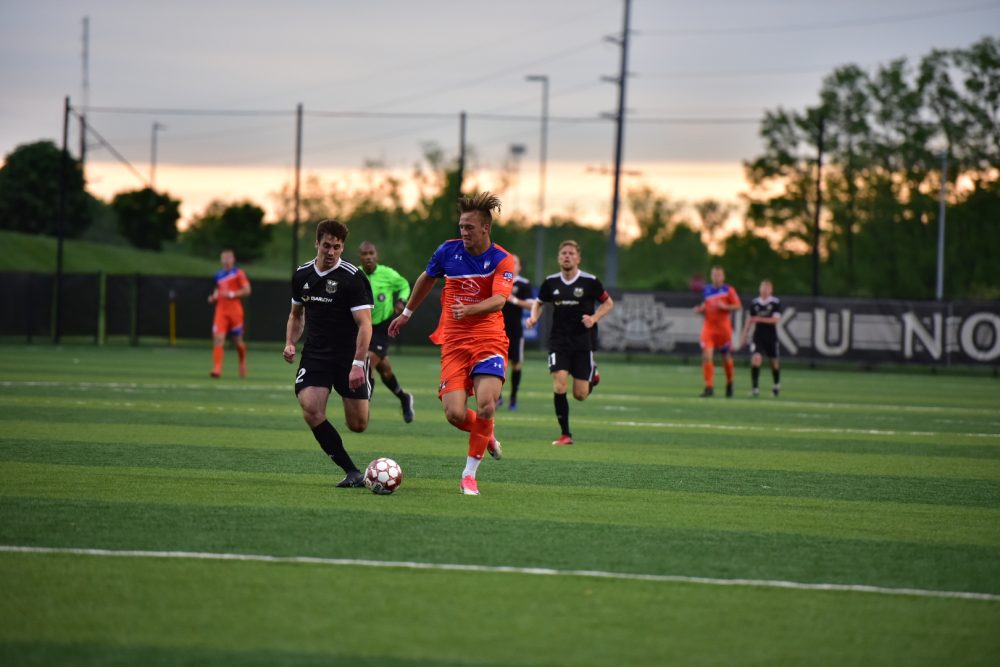 Cincinnati Dutch Lions looks to pick up a win at home just like they did vs West Virginia Alliance in the preseason.

The stage is set as the Cincinnati Dutch Lions FC look to rebound from the 3-2 loss they suffered last Saturday Night in Flint against the Bucks.  West Virginia comes to town for the second time this season but this time, the match counts towards the division standings.  West Virginia enters the match with a division record of 0-2-1 (W-L-T).  The Dutch Lions enter the match with a record of 0-1-1. Tonight’s match is scheduled for a 7 PM start.

West Virginia is coming off of a 2-1 loss at Dayton last Saturday night.  This is the second time that West Virginia has come to NKU Soccer Complex in 2019.  The first match was a Dutch Lions victory in a non-divisional “exhibition” match.  West Virginia has not made any big tactical changes at the start of the season and has relied on a 3-4-3 formation to this point.  We expect to see them make a move tactically after three matches and being outscored 8-2 in those matches.

One of the most impressive additions to the 2019 Cincinnati Dutch Lions roster has been, defender, Reece Hands. Hands has been fantastic on the back line to start the season. In addition to playing stellar defense, Hands scored a goal in the 59th minute against the Flint City Bucks on Saturday night. Reece also leads the team in total minutes played.

Looking To Move Up the Table

Both West Virginia and Cincinnati are going to be hungry for a win to try and claw their way up the table.  Flint City and Chicago have split their first two matches with one another leaving the top of the table within realistic striking distance for both West Virginia and Cincinnati.  Chicago was the pre-season favorite to win the Great Lakes Division but so far all of the teams have shown that any team can win against any other team.

No Storm Gives Others Opportunity to Shine

Wesley Storm will sit out the final match of his two-match suspension after the altercation that took place during the non-divisional “friendly” against Dayton.  Despite reaching out to the league, we’ve received no clarification as to how a red card in an “exhibition” can create a two-match suspension. This gives Kaegen McGlaughlin and Ryan Burig an opportunity to show what they can do against the Alliance.  McGlaughlin has made impressive saves in his appearances this season but is still looking for that first victory while playing for the Orange and Blue. Burig returns two CDLFC for his second season after his freshman campaign at Southern Methodist University.

Players to Watch this Week:

Former CDLFC player Jeremy de Hoog leads West Virginia in shots and total minutes played.  He’s not afraid to let one rip from range and could be looking to shoot early and often against his former club.

Tickets are available at the gate: $8 for adults, $6 for Students, FREE under 6