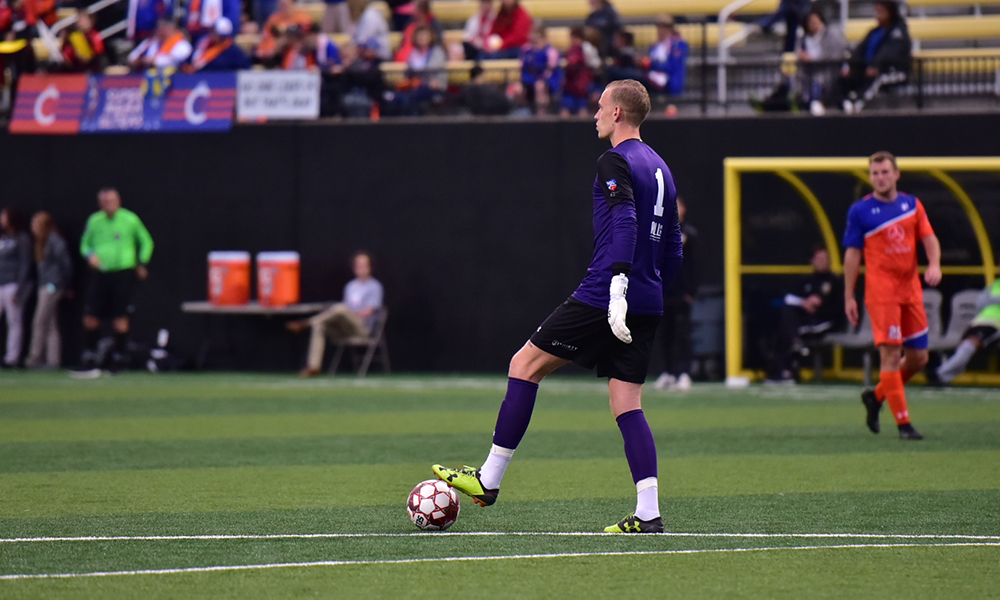 A number of fan favorites have left Cincinnati Dutch Lions FC during the last few weeks, and several have moved up into the pro ranks. With a USL League 2 team, players come and go all the time. It’s exciting when players from this level make the jump to the next level as most of them are playing in USL League 2 in order to gain more experience to become pros.

Cincinnati Dutch Lions goalkeeper Wesley Storm has signed an 18-month contract to join ADO Den Hagg from the Dutch top-flight Eredivisie, managed by Alan Pardew. Cincinnati fans may recognize the Pardew as manager at Crystal Palace when it came to play an international friendly against FC Cincinnati at Nippert Stadium in 2016.

Storm becomes the 17th player to sign a pro contract out of the Cincinnati Dutch Lions system and ninth since the new ownership group took over the club three years ago.

“We are excited for the next step in Wes’ career,” Ponchak said. “He’s spent two record-breaking years with CDLFC and to receive an opportunity in the Eredivisie is a dream.

“Obviously the jump from USL 2 to the Dutch 1st Division is a big jump, but Wes has always had a good attitude and remained motivated to achieve this in his career. He’s a great teammate, shot-stopper and has excellent distribution. He’s made a great climb from seventh division to first division quickly, and he’s ready for the challenge. I know Wes has appreciated his time in Cincinnati and loves the fan support.”

Storm was a fan favorite in his time with CDLFC. He earned his place between the pipes in 2018 and continued his record-breaking career in 2019, as the team just narrowly missed the playoffs.

He also holds a number of CDLFC records: