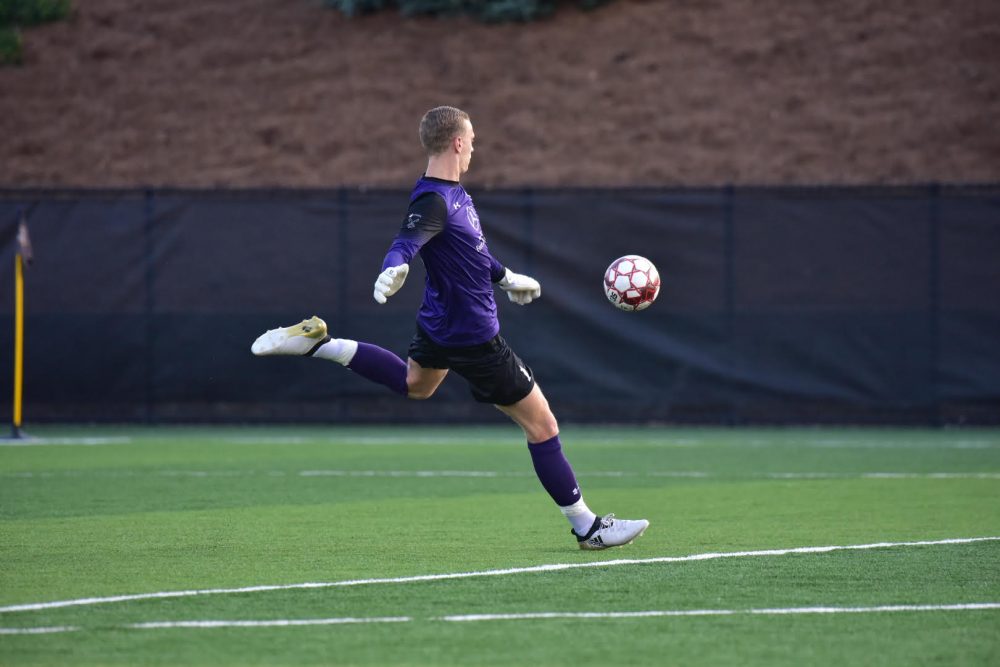 Yearly, Cincy vs Dayton has some of the most physical matches in the USL League 2. This season should be no different as both expect to lead the division.

Dayton Ohio is the first place that these two local teams will meet in 2019.  After clinching the Division Championship at Cincinnati’s Home Field last season, The Cincinnati Dutch Lions look to put a few up early against Dayton.  Yearly, these two teams go at each other in some of the most physical matches you will see in the USL League 2. This season should be no different.

Outscored by Dayton in 2018, 5-2 over three matches, Cincinnati looks to capitalize off of every chance this week.

Not Quite Good Enough

Saturday’s matchup follows a very good effort by Dayton against the Pittsburgh Riverhounds at Highmark Stadium.  Ultimately, Pittsburgh’s ability to shut down Dayton’s offense could be a blessing in disguise for the Dayton side as they look to repeat as Division Champions.  Chances to put the ball in the net came in the 2nd half for Pittsburgh and they scored 3 to finish of Dayton 3-0. Keeper Austin Pack, made a couple of incredible saves for Pittsburgh to keep Dayton off the scoreboard.

Scoring Quickly On the Counter Attack

Cincinnati and Dayton have had a heated rivalry since Cincy joined the league in 2014 season.  There’s a lot of pressure for both teams to get on the board when they play one another but neither team seems to ever want to open themselves up by pushing players forward and getting caught on the counter-attack.  Cincinnati has done a very good job creating offense on the counter-attack and Saturday should be no different.  If the Cincinnati Dutch Lions can get the lead early, the expectation would be for them to try and put another couple goals on the board to hammer the nail into the coffin early.

Both teams are going to want to keep the opponent from going right through the middle of the field. Dayton will more than likely have, Recent Charleston Battery Trialist, Tate Robinson in the central midfield position and Cincinnati should counter with Jorge Guinovart. Jorge earned man of the match honors in the 1-1 draw with the Flint City Bucks on Wednesday night.

According to the league website, this match doesn’t count in the overall division standings. Dayton Head Coach, Dan Griest is treating this game as if it’s an exhibition and that could completely change the look of the Dayton lineup. It should count in the overall league standings which can matter at the end of the season for tiebreakers. 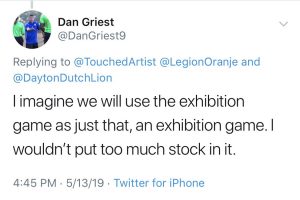 Dayton could come out and surprise everyone and run something other than a 4-3-3 on Saturday. It is still early enough in their season to know for sure.

How Important Is This Match?

Cincinnati won’t treat this as just any other exhibition. There’s some obvious animosity between these two rivals, especially after Dayton celebrated clinching the division championship last season on Cincinnati’s home field. Both squads have some returning players that will remember how the games were last season. For some, this Saturday’s match at DOC Stadium in West Carrollton, this will be their first taste of the rivalry. For others, it’s another chance to go at it with a bitter rival.

Daniel Fischer- Fischer has played 82 minutes in each of Cincinnati’s first two matches. While playing against Flint City, Fischer was able to push forward and help create a couple of offensive opportunities for CDLFC. In addition to creating those chances, Fischer has been very solid on defense.

Jackson Dietrich- Dietrich played a good match against Pittsburgh. He will be an important part of what Dayton will do this season and is creative on the ball. Dietrich had 6 goals and 6 assists in 2018 and will be looking to improve on that this season.