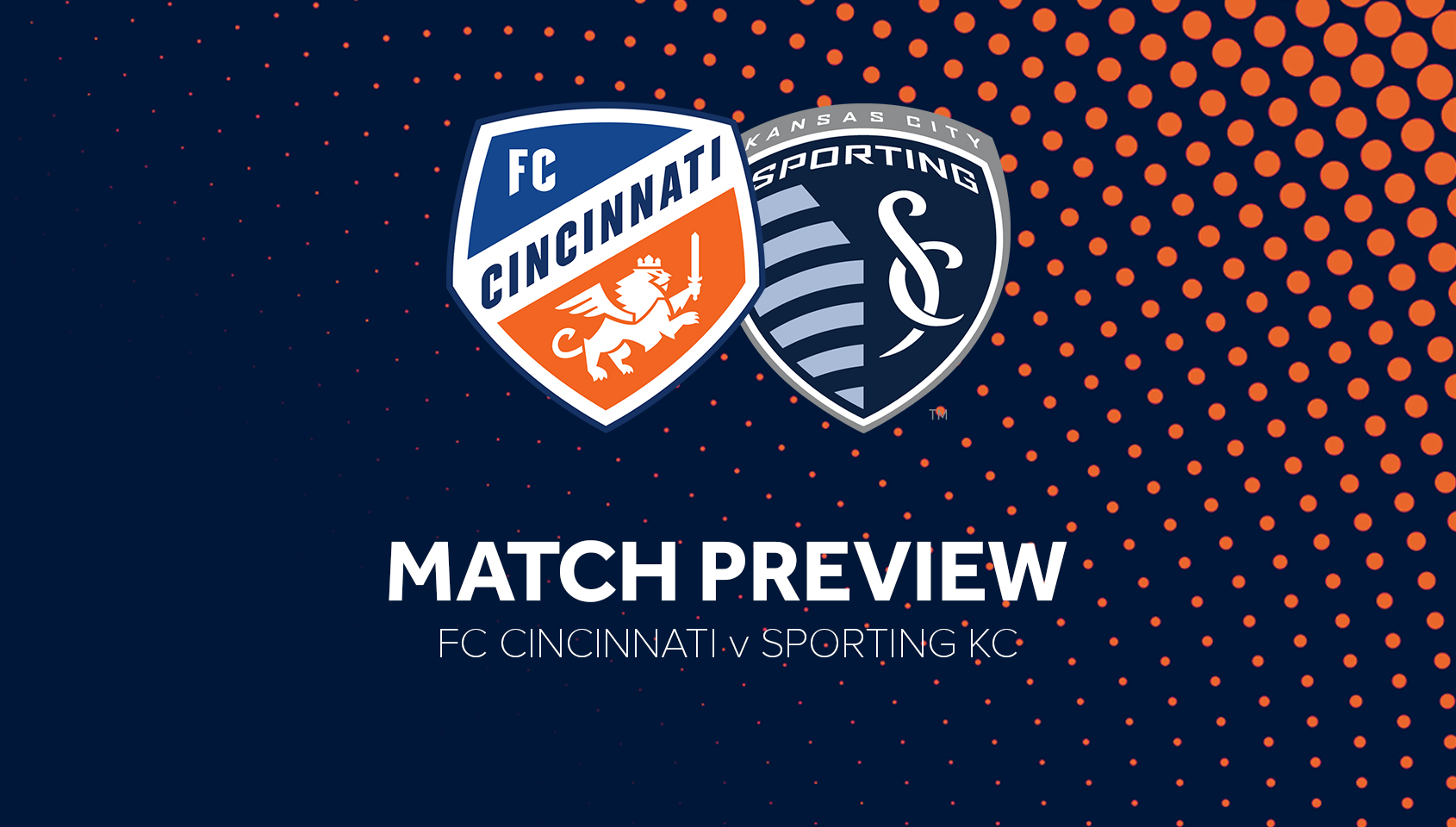 FC Cincinnati will go up against sixth-seeded Sporting KC on Sunday at Nippert Stadium. Sporting KC will be coming straight off a CCL match fo this match.

After getting washed away by the Philadelphia Union last weekend, FC Cincinnati will return to Nippert to play Sporting Kansas City. Currently, FCC is the fifth seed in the Eastern Conference with seven points in five matches. It narrowly missed the record for most points in an expansion side’s first season. Los Angeles FC set this record in its first season with nine points.

FCC looks to return to form after the 2-0 Union loss, its first loss since the first match against Seattle Sounders FC. The team did not play well at all against Philadelphia. Yes, the weather was awful and was one of the reasons passing wasn’t great. However, that is not an excuse either. The Union were able to string together their passes well enough to score two goals, and the FCC defense couldn’t do anything about it. Marco Fabian, David Accam and Brendan Aaronson picked apart the defense. Luckily, Kendall Waston will most likely make his return to the starting 11 for FCC after missing a couple of matches due to international duty and a calf injury. Waston’s absence was felt in the match against the Union.

On the offensive side of the ball, FCC couldn’t get anything going. Also, with Fanendo Adi’s citation for operating a vehicle while impaired, the team will be without one of its designated players for a while. If Darren Mattocks gets injured, the team won’t have a normal striker on the roster. It will most likely bring in a similar offensive side as the Revolution match, especially with Kenny Saief hopefully returning to a starting spot.

Saief is the most important player on the squad, and when he is on the pitch, FCC is much better. He is the player all the fans wanted the team to sign in the offseason because he is a perfect No. 10. He knows where to pass the ball and has beautiful vision across the entire pitch. In his first appearance for FCC, he made a pass that silenced Mercedes-Benz Stadium. This is the kind of skill Saief brings to the team, and what it needs.

I think when Saief becomes healthy, he should be an immediate starter. There are a few FCC players I would say that about, like Waston, Greg Garza and Nick Hagglund. However, Saief helps the team out in an area FCC wasn’t built to excel in, and that area is scoring. FCC needs someone who can distribute the ball, and when Saief is healthy, he is that player. Whatever the price for a permanent transfer, FCC needs to pay it.

However, FCC is going up against sixth-seeded Sporting KC. SKC is in tremendous scoring form after scoring seven goals. Yes, you read that right. They scored seven goals against the Montreal Impact.

But the sixth seed may seem a little low for a team many of our staff members think will hoist the MLS Cup at the end of the season. Here are parts one and two of our preseason prediction series.

There’s a good reason for their current place, though. It is still playing in the Concacaf Champion’s League. Because of that, SKC’s schedule has gotten messy, and the team has needed to rest players. This has caused it to need to not give matches away but also not play all of its best every match. When SKC plays with its best, it is one of the best in the league, but that hasn’t happened as much this season. It is going all in on the CCL and is the MLS’ final hope in the competition.

This is important because it will affect the match against FCC in a big way. Its next two-legged match is against Monterrey, with Thursday’s match in Mexico and the next leg next week in Kansas City. With a whole season to still play but a trophy in sight, Vermes has decided he will go all-in for the CCL title. However, it seems that SKC is basically out of the tournament after losing 5-0 last night.

Going into its first-team roster, striker Krisztian Nemeth leads the team with four goals. Johnny Russell, one of SKC’s best players, has three goals and is also tied for the team-lead in assists with two. Roger Espinoza and Gerso Fernandes.

These are not the only top players they have on their roster. Graham Zusi is one of the best fullbacks in MLS and is always a threat on the attack. They also have a good goalkeeper in Tim Melia, who already has a clean sheet this season. It is difficult to find a more complete team than Sporting KC when it plays its best 11 players.

If SKC was at full strength and not playing another competition, this match wouldn’t be good for FCC. Along with that, the 5-0 loss Sporting KC took in the first leg means they have no reason to continue throwing their starters into the competition. I think we see the starters on Sunday and Vermes rest them for leg two of the CCL. This is going to be a tough match for FC Cincinnati.