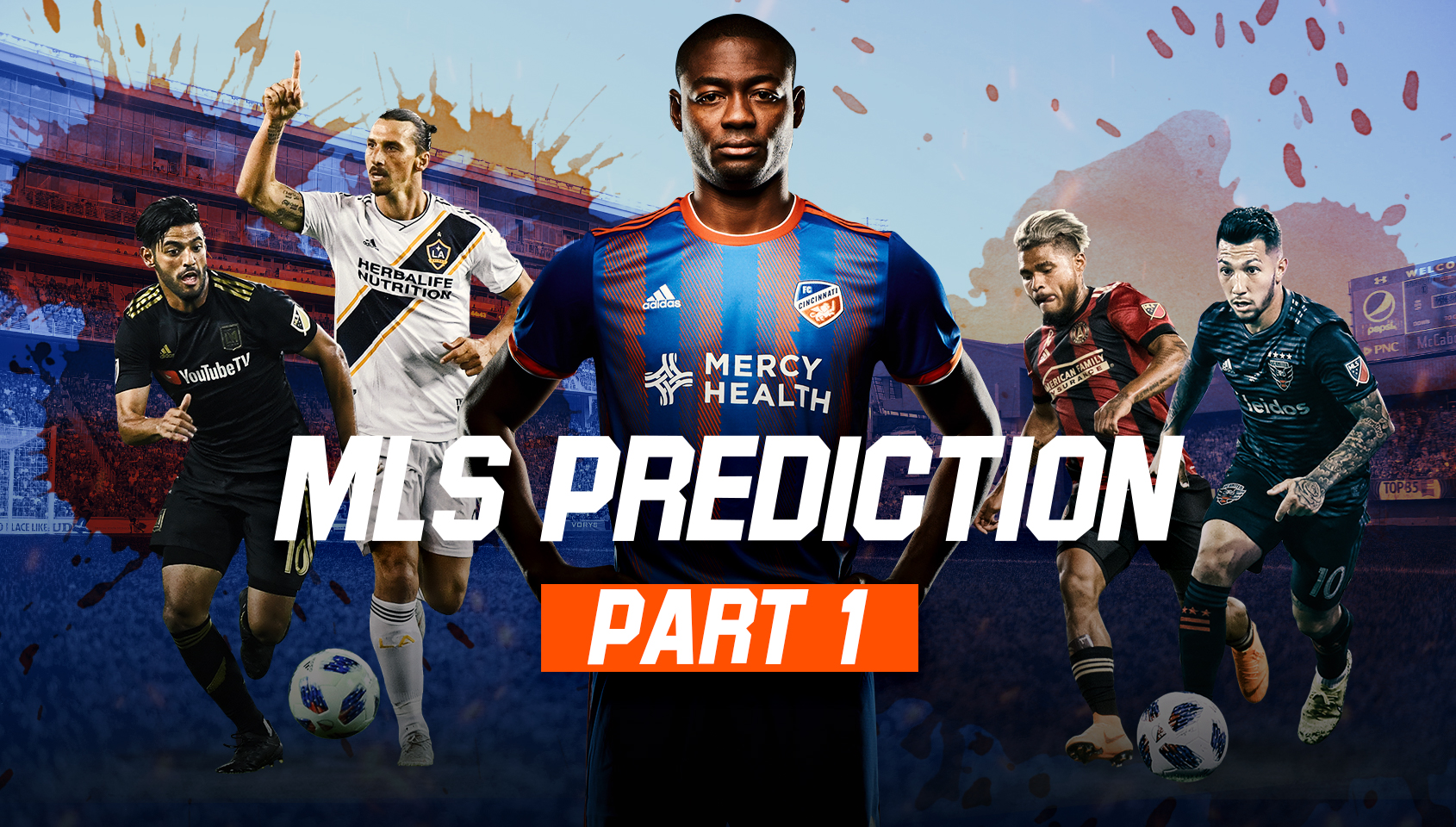 FC Cincinnati’s regular season begins Saturday in Seattle and with that comes us writing about it. Before the season starts, some of our staff wanted to predict what the season will look like and what our expectations will be. This will be the first part of a two-part series about our predictions and expectations for FC Cincinnati’s first MLS season.

Well, if you asked me this question prior to the Columbus match, I may have given a slightly different answer. To me, speculating on the final place on the MLS Eastern Conference table is difficult as I still believe we are looking at an unfinished FC Cincinnati roster. It is possible, if not likely that FCC will have to wait to pick up their first points in New England on March 24. The MLS schedule gods were unkind to the expansion side, sending FCC to Seattle, Atlanta, LAFC and NYRB over their first nine matches. Those four, coupled with Kansas City, Portland & RSL at home, could easily be 0 or 1 point matches while Koch & Co. figure things out. The absence of an attacking midfielder in the preseason and a large gap between the midfield and forwards taking shape could force the Orange & Blue into a bunker and counter mentality. If FCC can notch 46 points in their inaugural campaign that should be enough to earn the 7th seed and a playoff berth. At this point, I just don’t see how FCC can get there if the offense doesn’t begin to click. Due to the quality of the defense, FCC will be in many games. With a corps of Mattocks, Adi, Manneh, Lamah & Ledesma, there will be more than a few games that we earn points that we may not have “earned”. I see FCC in the 35-40 point range right now and that puts them around 8th or 9th on the table. Unless Cincy grabs a #10 or Lamah/Manneh/Mattocks become a creator and someone who can score 10+ goals to compliment Adi, it may be a long road. I made a bold prediction before preseason that Spencer Richey would be the starter in goal by the end of the year and little has changed my mind on that. I think the 3-4-3 to start the year works but look for a more offensive tactic later in the season as we see who fits in MLS as well as partnerships that take shape. A few questions: Will Caleb Stanko continue to play out of position as a center back or will he move into the midfield later in the season? When does the technical staff begin to move players who don’t fit in favor of bringing in new pieces in the summer? Do many USL transition players start on a weekly basis (looking at you Lasso)? Does our technical staff have the chops to compete at this level? That last part is not a criticism, just a valid question as we look forward to building a fully funded roster for the 2021 season. I am very excited about this group and it wouldn’t shock me if they end up near the 50 point mark, but I view that as our performance ceiling in 2019. Don’t believe we are the worst team in MLS, but the first couple months will be tough.

Preseason is a time for overreaction. So far this preseason has given us a wide range of emotions. There have been moments of brilliance and moments of despair. This season is going to give us more of those emotions. What we have been accustomed to in USL will most likely not be the case in MLS, at least this season. What FC Cincinnati is going to experience in MLS will be a wakeup call for some. With the talent FCC has brought in, this team will not be the worst in the league. The talent is there to make some noise, but the question will be whether or not they can make that noise.

The MLS certainly is giving FCC a brutal welcome to the league with the schedule. Facing Seattle and Atlanta on the road to start the season will not be fun. The home opener against Portland will give fans a little taste of what to expect this season. Regardless of how everything plays out, this will be a fun season for all. This is not the USL by any means. The talent that will be playing at Nippert Stadium this season will be eye-opening, compared to what we have seen in years past.

When we started Cincinnati Soccer Talk, never in my right mind did I think that we’d be covering Major League Soccer heading into our 4th season of existence. But, here we are. I want to put on my optimistic hat and be excited for 2019. But I also realize that the challenges of being an expansion franchise will be there for everyone to see. After preseason in 2018, I’ve learned to not really judge what happens during those matches. If you would have told me that FC Cincinnati would smash all those USL records after watching what I saw last preseason? I would have said you were crazy. Fast forward to 2019 and the club’s first MLS preseason and I’m feeling almost the same way. It’s really hard to judge what happened in Florida (since hardly any of us got to see) and in Charleston. So, I’ll just look at this week as a clean slate. Don’t get me wrong, I’m ecstatic that Major League Soccer is going to be played in MY HOMETOWN. That alone is going to make 2019 special for me. But as far as the table is concerned, I’m not expecting miracles either.

My first thought when it comes to FC Cincinnati and what the preseason showed us is that 1) it’s the preseason and 2) there are items tactically that need to be addressed. It’s easy to look at the small sample size and judge this club but I would be hard pressed to do so. I am going to be realistic about the first season in MLS. It is not going to be an easy first campaign especially with the first three matches of Seattle, Atlanta and Portland all in short order. If FCC can be competitive in those matches, it bodes well for how the season could shape up. It will also take some time for this team to become a cohesive unit because this is basically the 4th edition of FC Cincinnati and the roster has been flipped so there are going to be chemistry issues in the beginning. I see FCC being more of a defensive unit with its roster with flashes of counterattacking brilliance. FC Cincinnati this season will compete and has the potential to gain momentum down the stretch but it would be hard for me at this moment to see playoffs. I would love to be proven wrong because more soccer in October is always a great thing.

Stay tuned to Cincinnati Soccer Talk for the second part of the series as well as coverage for the MLS regular season opener on Saturday!