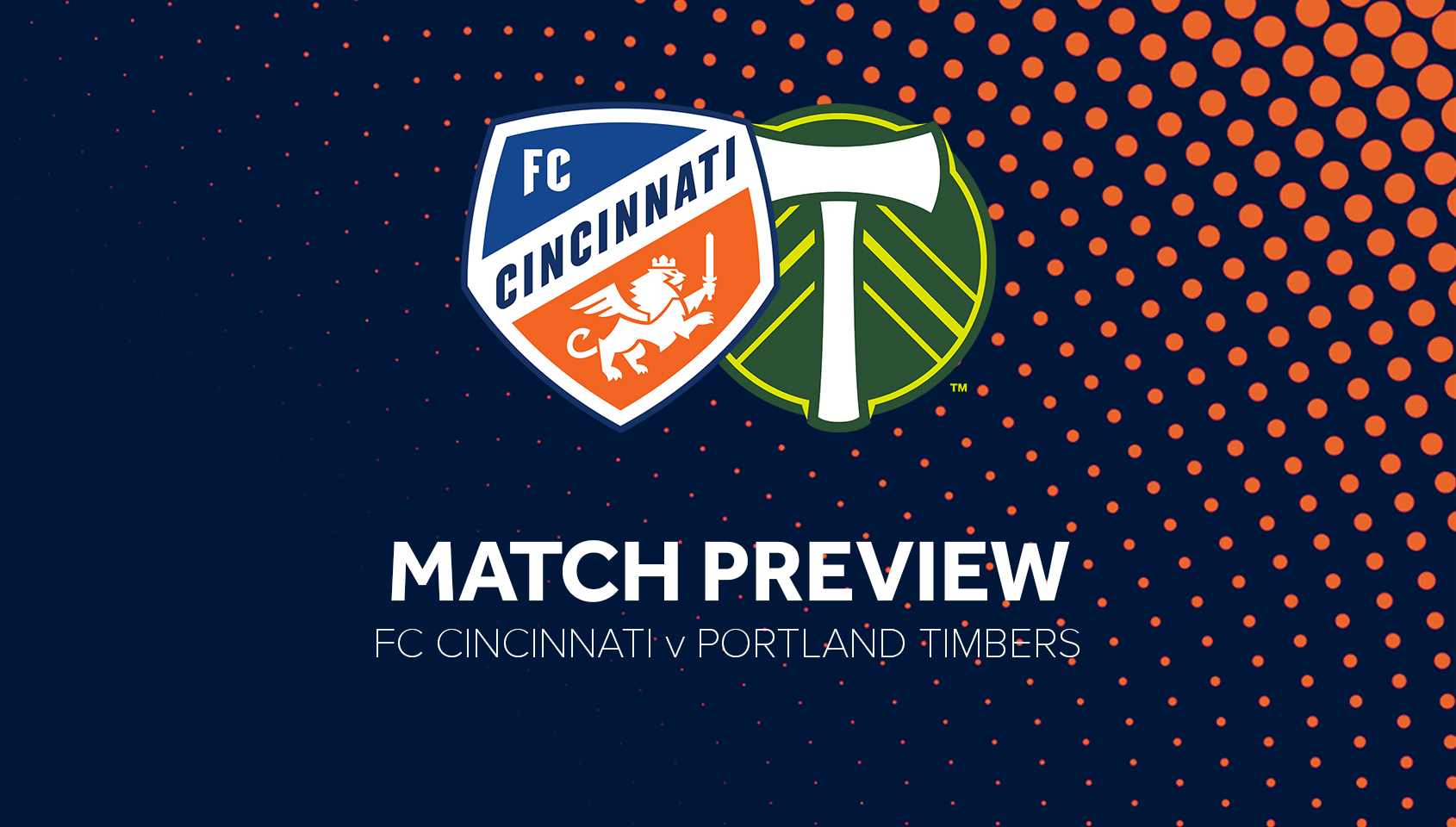 Sunday is the day soccer fans in this city have waited for. The time has come for Major League Soccer to be played at Nippert Stadium.

Sunday is the day soccer fans in this city have waited for. The time has come for Major League Soccer to be played at Nippert Stadium. After spending the first two weeks of the MLS season on the road, FC Cincinnati returns home to Nippert Stadium to be in front of a raucous crowd. Since the club’s inception, FC Cincinnati have enjoyed a solid home field advantage. Now, the stakes are raised and that advantage will be needed more than ever.

All eyes of the American soccer world will be focused on Cincinnati for this game. Fresh off securing their first MLS point against the defending MLS Cup champions, FC Cincinnati comes into this match with a bit of confidence. For some of the players on the roster, this won’t be their first time in front of the FCC faithful. For others, this experience will be something to soak in. Portland isn’t the first MLS club that has played at Nippert but like the New York Red Bulls, it hopes to leave with a victory.

There is a lot of intrigue for this match. This will be the third of the first 12 matches on the road for the Timbers while Providence Park is being renovated. Starting the season on the road for 12 straight matches is incredibly difficult for any team, which makes this a big match for Portland, as they need to pick up as many points as possible in these first 12 matches.

The performance put together by FC Cincinnati on Sunday was fantastic in comparison to the Seattle match and one that will help build confidence for the new club moving forward. As you can see by the player ratings by Brad Weigel, a good portion of the squad played an above average match against the defending champions. That will once again need to be the case against the Portland Timbers.

FC Cincinnati has scored two fantastic goals so far this season, and both were scored in different ways. The missile off the right foot of Leonardo Bertone was goal-of-the-week worthy. The goal from Roland Lamah was highlight-worthy as well. The run made by Lamah combined with the gorgeous pass from newly acquired midfielder Kenny Saief give FCC fans a reason to be excited.

Alan Koch has rolled out the 4-2-3-1 formation and has stuck with it, helping build cohesion and familiarity. Defensively, the first 95 minutes of the season were a little rough, to say the least. The defense settled down after the Josef Martinez goal, but the back four of Alvas Powell, Nick Hagglund, Kendall Waston, and Mathieu Deplagne all had solid matches. Victor Ulloa and Bertone chipped in solid defensive performances, helping shut down the Atlanta attack. Another performance like that from FCC defensively will make things very tough for the Timbers.

Koch has the benefit of utilizing Greg Garza and Saief more moving forward. The team got a lot better when Garza and Saief entered the match. The experience and demeanor they provide will be crucial in this match. Their play elevated the rest of the club and helped secure a valuable road point. One person to watch is Fanendo Adi. This will mark the first time that Adi has played against his former club. Adi played in 126 games for the Timbers, where he scored 54 goals and is truly loved by that fanbase. This will certainly be an emotional match for Adi, playing against his former team and teammates, wearing a different jersey.

Portland will offer up a good challenge in this match. Like FC Cincinnati, the Timbers come into this match with a loss and a draw. Portland started off their season with a 3-3 draw in Colorado during a heavy snowstorm. Last week, Portland was hammered by LAFC, 4-1, in a match that saw them lose Diego Chara due to a red card. Chara is one of the best defensive midfielders in MLS and his absence will surely be felt. Over his eight seasons in Portland, Chara has made 232 regular season appearances.

Midfielder, Diego Valeri is one of the best in the league and the main man for Portland. Valeri currently leads Portland in goals and assists. In his career in Portland, Valeri has scored 69 goals and added 67 assists in 182 games played. Valeri is the force behind the Portland offense feeding the ball to Jeremy Ebobisse at the top.

Under manager Giovanni Savarese, Portland has played a 4-5-1 but with the loss of Chara for this match, will Savarese change his formation against this FC Cincinnati squad. Savarese took over a solid squad in December of 2017 and helped lead them to the MLS Cup, where they eventually fell to Atlanta United. Portland will be a tough challenge for FC Cincinnati but this first home MLS match will be something to remember for everyone from fans to players.

As always, stay tuned to Cincinnati Soccer Talk as we will have all the reaction from this historic match in FC Cincinnati history.