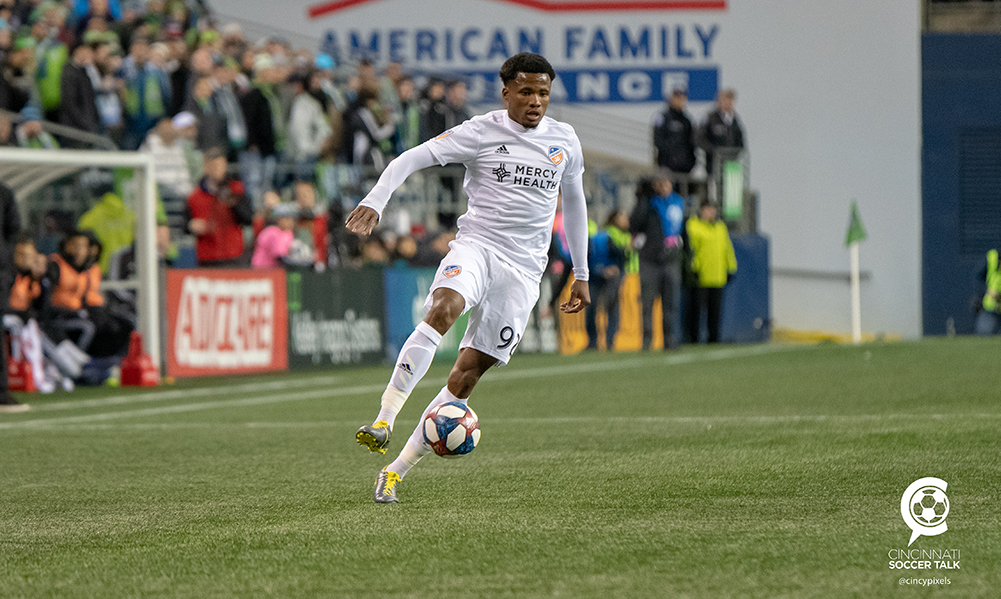 FC Cincinnati defender Alvas Powell and forward Darren Mattocks have been called up to the Jamaican National Team for the upcoming FIFA international break.

FC Cincinnati defender Alvas Powell and forward Darren Mattocks have been called up to the Jamaican National Team for the upcoming FIFA international break that starts Monday. Both of these players will be unavailable for the Orange and Blue when they take on the New England Revolution on March 24.

Powell and Mattocks have combined for a total of 80 appearances for the Jamaican National Team over the course of their professional careers. The duo will play in a Concacaf Nations League match at El Salvador on March 23 and will match up against Kendall Waston and Allan Cruz in an international friendly against Costa Rica on March 26. Powell last played for Jamaica in an international friendly at Canada on Sept. 3, 2017. Mattocks last made an appearance for Jamaica on Nov. 18 in a Concacaf Nations League qualifier against Suriname.

These two call-ups are in addition to the three announced on Thursday. As mentioned, Waston and Cruz were called up to the Costa Rican National Team, and Frankie Amaya was called up to the U.S. Under-20 Men’s National Team for its last camp in Spain before this summer’s FIFA U-20 World Cup.

It is no secret that FC Cincinnati’s depth will be tested on March 24 when they play against the Revolution. The absence of two starters in Watson and Powell on the back line leaves holes that will not be easy to fill. It is possible that 2018 USL Defender of the Year Forrest Lasso could make his first MLS start in this match. The loss of Cruz and Mattocks on the attack depletes an area that the club is already considered weak in depth-wise. It will be interesting to see the players coach Alan Koch places into the matchday roster to replace Cruz and Mattocks.