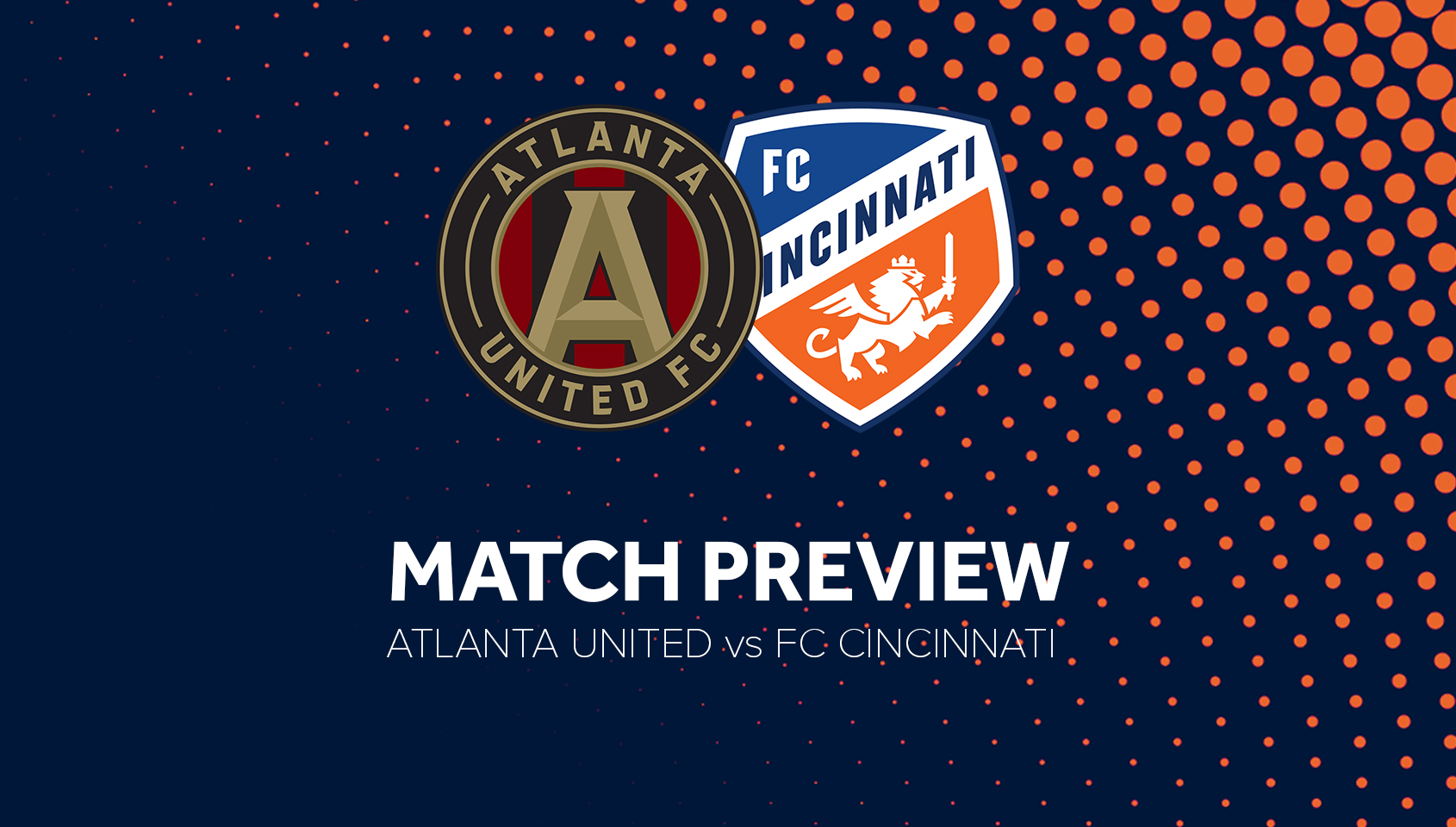 The MLS schedule was not favorable to FC Cincinnati in its inaugural season. The new boys took it on the chin Saturday in Seattle, taking a 4-1 thumping on national television. Now FCC has to go on the road for its second match, this time facing defending MLS Cup champions Atlanta United.

This will be the second of three home openers FC Cincinnati will take part in. Facing Seattle last week was tough, but this match might just take the cake. Atlanta United will be raising their championship banner before the 5 p.m. match on Sunday in front of another packed crowd at Mercedes Benz Stadium. The game will be nationally televised on ESPN.

Even though FC Cincinnati took it on the chin in Seattle, its MLS campaign started off with a bang, off the right foot of Leonardo Bertone. Bertone scored one of the best goals of the week in what is considered one of the greatest first goals in the history of an expansion team. That was to be the only highlight for FCC on the weekend. Before the ball was kicked, questions had already been tossed around, regarding the starting 11 that coach Alan Koch fielded for their first match.

The match in Atlanta could see the season debut for three key pieces — Allan Cruz, Kenny Saief and Greg Garza. Having these three take part in the crucial early season match would be big for the orange and blue. Garza has been injured, and Cruz did not make the trip to Seattle. Saief joined the fold this week, so making his debut for FC Cincinnati on Sunday is a realistic possibility.

With the poor performance put in by a few players club last weekend, one can expect a few changes to be made by Koch for this match. Going into the season, it was thought the defense would be the strong part of the team. Things went sideways as the right side of the defense ended up being the weakest link against the Sounders. Seattle consistently went after that right side, taking advantage of what FC Cincinnati presented.

On the other side, Atlanta United fell flat on the road to D.C. United. Heading into the 2019 season, Atlanta United was considered as one of the favorites to capture the MLS Cup, so the 2-0 defeat to D.C. United was a little surprising. Things have been incredibly difficult these last few matches for the defending champions. Earlier this week, Atlanta was throttled 3-0 on the road in Mexico at the hands of Monterrey in Concacaf Champions League play. That makes two straight matches without a goal for the high-powered Five Stripes.

Atlanta United is a club that is, fair to say, loaded with talent. Last season, Josef Martinez, smashed the MLS single-season goal scoring record, with 34 goals in 34 games, thus earning him MLS MVP honors. Martinez is clearly the man offensively, but the loss of Miguel Almiron this offseason to Newcastle United might have taken more of a toll than expected. Almiron was a major piece for Atlanta, scoring 21 goals in 64 games with the club.

Atlanta responded by signing the 2018 South American Footballer of the Year, Pity Martinez, from Argentine power River Plate. It is expected he will step in and help fill the void, stemming from the loss of Almiron. With Martinez joining the Five Stripes late in the preseason, his acclamation has taken a little longer than the others players.

The focus for Atlanta United looks to be on CCL and their massive matchup with Monterrey. Atlanta coach Frank de Boer fielded a top-notch lineup in Mexico this week, so a lineup with some rotation is not out of the question. Atlanta United and de Boer certainly need a result from this match, but with the home leg of the CCL on the horizon, this is a tough decision in terms of how to approach this match.

FC Cincinnati and Koch are focused on ruining the celebration for Atlanta and coming back home with the full three points. The lineup each team puts out will be telling on the approach. If de Boer rolls out a lineup that features Pity Martinez, Josef Martinez, Ezequiel Barco, Darlington Nagbe, Michael Parkhurst, Jeff Larentowicz and Julian Gressel to name a few, it indicates Atlanta means business and could mean a very long day for the Orange and Blues. If de Boer chooses to rotate his lineup, this could be the perfect time for FC Cincinnati to leave Atlanta with a point and possibly all three.