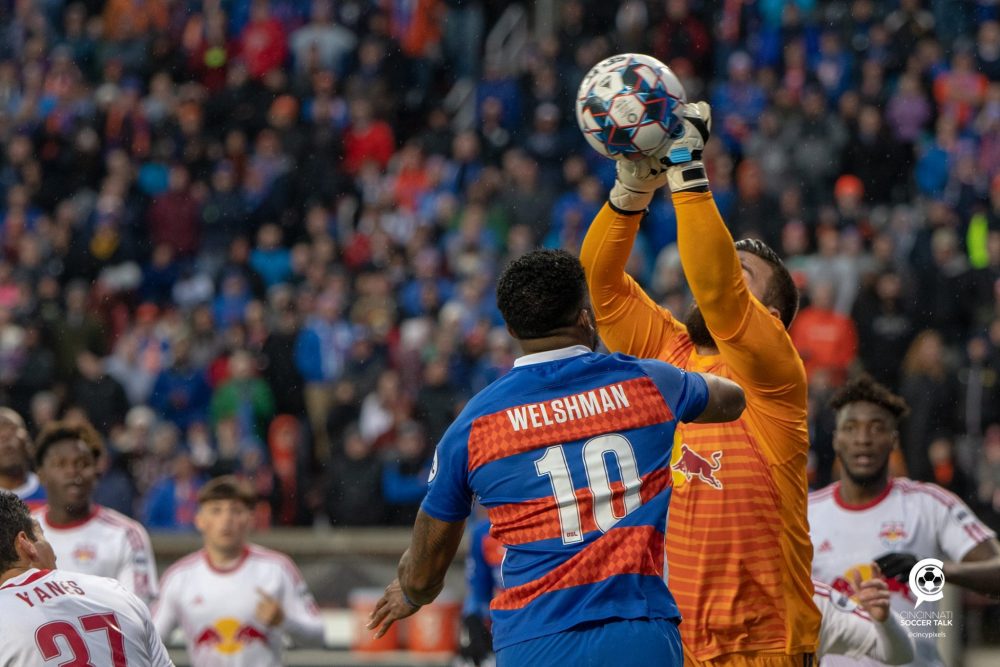 FC Cincinnati loaned Emery Welshman to Forge FC. Welshman played forward for the club last season when they were in the USL.

Welshman sustained an injury earlier in the preseason, which caused him to miss the rest of the preseason. In the sparse minutes Welshman played, he was fast and seemed to acclimatize well to the new league.

Welshman, a Guayanan international player, was one of the many players FCC brought up that was on the USL team last year. Last season, Welshman scored 4 goals and 4 assists in the USL regular season. He was one of two forwards FCC deployed prior to obtaining Fanendo Adi late in the season.

In his time with the Guyana national team, he has scored 6 goals in 6 appearances, including 2 in World Cup qualifying.

Welshman was listed out on loan on March 1st. All Major League Soccer teams were required to meet roster compliance on that date. FC Cincinnati is only allowed to carry 20 senior roster spots. Welshman, a Canadian, will get to play in the first year of the CPL as a result of this loan.