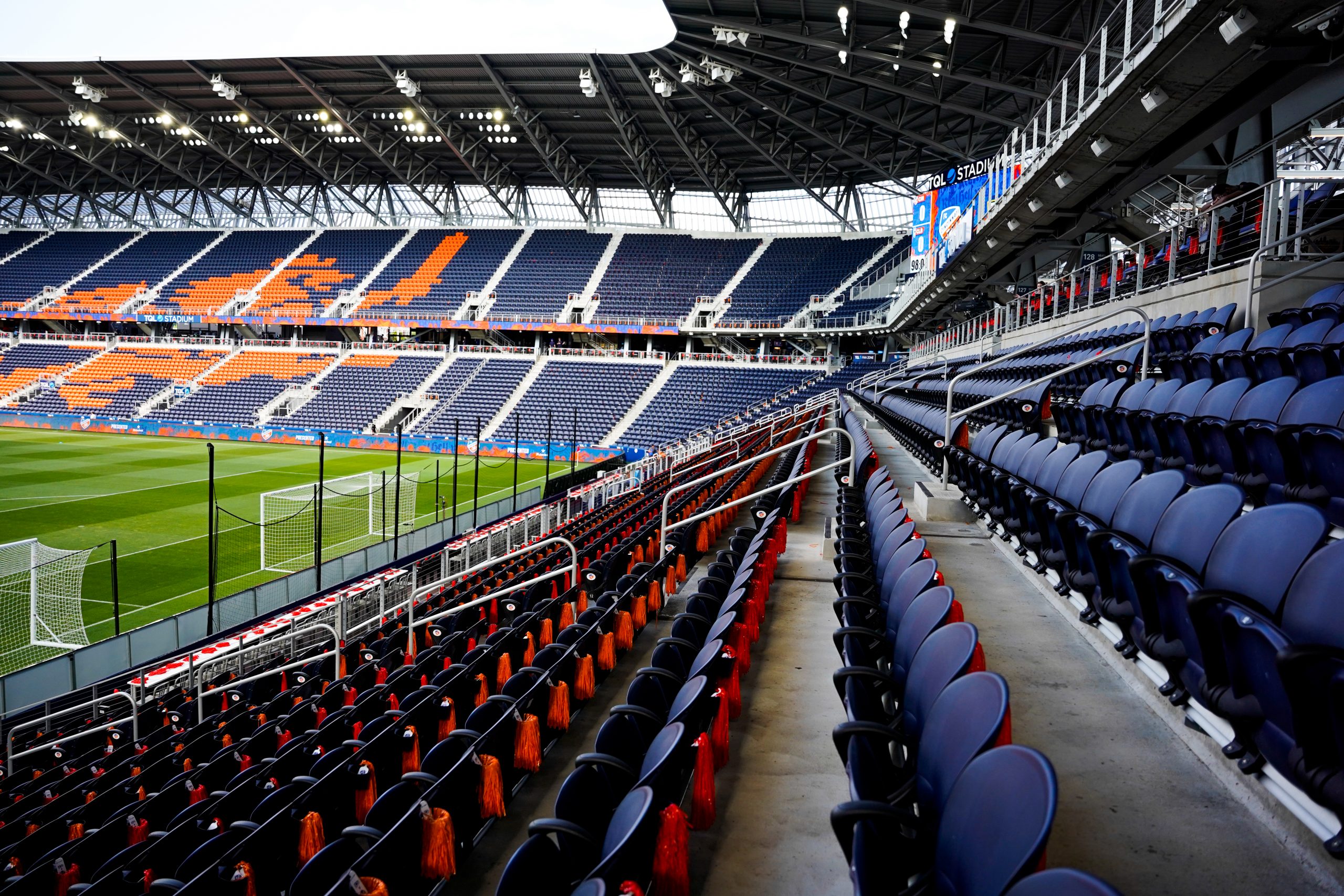 FC Cincinnati’s season just ended but it’s already time to start looking ahead to what will be a busy offseason for Chris Albright and the rest of the front office. Last season, Albright had little flexibility to make major changes to the roster, hamstrung by existing contracts and minimal cap space. He was able to make some additions and subtractions around the periphery of the roster, with a number of the arrivals playing a major role in the successes of 2022.

With expiring contracts and options held by the team this offseason, Albright has an opportunity to make a more dramatic overhaul of FCC’s roster to move the squad closer to what he and manager Pat Noonan envisioned building toward when they took on the project.

Going off of the CST Roster Tracker and the list of free agents published by the MLS Players’ Association, we have at least some idea of who could leave and what holes might need to be filled. FCC’s roster moves are likely to come sometime next week, following MLS Cup, and should give us an idea of how Albright and Noonan are approaching 2023.

Noonan and Albright came to Cincinnati with the intention of installing a 4-4-2 diamond formation, similar to the one utilized by Jim Curtin’s Philadelphia Union. After a disastrous first match of the season in that shape, Noonan shifted tactics, setting the Orange and Blue up in a formation with three center backs. Though he returned to a four-player backline on multiple occasions after the Austin match, the diamond midfield never reappeared. FCC’s run to the playoffs occurred exclusively with three center backs on the field to start.

So how does FCC’s leadership envision the team playing in 2023 and beyond? With that in mind, the first roster decision I’ll be paying attention to when they are announced is what happens with newly-named member of Costa Rica’s World Cup squad, Rónald Matarrita.

The Orange and Blue have an option on Matarrita’s contract for next season according to the MLSPA. He’s a relatively high earner on the squad, making $806,875 in guaranteed compensation, and was unfortunately injured for much of 2022, though he played well on a bad 2021 team. He’s also almost certainly the best pure left back on FCC’s roster. Sure, there’s a world where the team would pick up his option and attempt to trade or renegotiate his deal for a longer term but a lower guaranteed salary. But for the purpose of this exercise, let’s assume that if Matarrita’s option is picked up he’ll be on the opening day roster. If that’s the case, there’s a good chance he’ll be the starting left back in 2023. After all, a guaranteed salary of more than $800,000 is a lot to pay a backup full-back.

Matarrita should be able to thrive in either a four or five-defender system. However, and this is where MLS is interesting (or supremely frustrating), the cap implications could play a major factor in whatever decision the front office makes. Does Albright want to continue building towards the 4-4-2 diamond that seemed to be a key part of his vision when he arrived in Cincinnati? Or does he continue with what got the Orange and Blue into the playoffs?

If Albright and Noonan look to remake the roster to fit a diamond midfield, a number of other issues would need to be dealt with in the offseason.

Álvaro Barreal finished 2022 as the locked-in starter at left wingback in the 5-2-1-2 shape. Barreal is a U22 initiative signing, meaning he costs just $350,000 against the salary cap despite arriving with a seven-figure transfer fee from Vélez Sarsfield in 2020. He showed improvement throughout his second season in Orange and Blue but a Matarrita’s return would likely push him back to the bench. Barreal might be able to play as a shuttling central midfielder in the diamond but that’s not a sure thing. He came to Cincinnati as a winger but it’s nearly impossible to find a way to get Brenner, Brandon Vazquez, and Luciano Acosta on the field in their best positions in a formation with wingers.

Barreal could continue to back up Acosta at the 10, potentially provide cover at left back or Noonan could see if he could handle a more central role in midfield, but his path to playing time would be restricted. So much of MLS is maximizing a roster’s resources. Having a super sub occupying a U22 spot is a better scenario than some but given how well Barreal played down the stretch in 2022, he could provide more than that.

A switch to four in the back, specifically a diamond, would bring other offseason roster challenges as well, with central midfield at the top of the list. Obi Nwobodo proved to be an elite ball-winner in the center of the field but he might be exposed as the sole holding midfielder. His playstyle, defined by flying around and a willingness to press high, might not lend itself to being the disciplined holding role in front of the backline with one fewer center back. To make the direct Philadelphia comparison, Nwobodo might make a better Leon Flach than Jose Martinez.

Even if Nwobodo is the answer as a lone holding midfielder, Albright will need to find at least one more starting-caliber midfielder and also depth replacements. Allan Cruz already confirmed his departure due to the expiration of his contract and Yuya Kubo could follow. Junior Moreno will almost certainly be back and 2022 Homegrown signing Harrison Robledo could be in line to take on a larger role but major resources would be needed to add more quality to the position, especially if there are more minutes to go around.

Building On The Back Five

Alternatively, Albright could also look to reinforce the successful formation that got FCC to its first MLS playoffs in club history. Building squad depth to play in a 5-2-1-2 would likely require fewer starting-caliber additions but would necessitate more depth in other areas.

For example, FCC will likely be returning three good (if not very good) options at center back in Matt Miazga, Nick Hagglund, and Ian Murphy. A central midfielder might still be near the top of the offseason wish list, but with just one starting spot next to Nwobodo, the Orange and Blue’s front office could prioritize a splashier acquisition.

Matarrita could still thrive as a wing-back but, if FCC were to maximize its cap space this offseason, Barreal’s growth at the position between his first start in Charlotte and the end of the season should give supporters confidence that he’s not done developing yet. Given his improvements, John Nelson’s place on the roster, and the flexibility to the cap, it will be fascinating to see what decision Albright makes.

We’ve already seen the offensive firepower Brenner, Vazquez, and Acosta can bring in this shape, too. Adding a midfielder with more ball progression ability and a right back who can contribute just a bit more offensively could turn FCC into the best attacking team in the league.

The reality of it is neither of the two scenarios outlined above are mutually exclusive. There will always be room for adjustments and tweaks in formation and personnel. However, with the amount of financial flexibility available this offseason, Albright is probably going to have to pick a direction. If he’s all in on replicating the 4-4-2 diamond that brought the Union to MLS Cup, we’ll likely see the start of that this offseason.

Unlike last year, FCC isn’t quite as constrained roster-wise. With Cruz leaving and Tyler Blackett and Kubo also probably on their way out as well, Albright will have a lot of allocation money to play with. He’ll also have another U22 slot to add a young player on a high transfer fee with a relatively small impact on the salary cap. FCC won’t be picking as early in the SuperDraft but Ian Murphy was an average center back as a rookie (which is a huge compliment, by the way) and Nick Markanich showed flashes. I wouldn’t bet against Albright finding talent in the draft come next year.

An incoming right back might make sense in any circumstance. Alvas Powell and Ray Gaddis both provided huge upgrades on FCC’s right back play from previous seasons but, playing in a system with little width outside of the fullbacks, the Orange and Blue will likely be looking for a bit more attacking production.

When he took the job, Albright stressed that turning around FCC wasn’t going to be an overnight process. Last year, he made some changes around the periphery of the team early in the year and then a couple of splashier moves midseason and it ended with a playoff appearance. Given the flexibility and number of players who could be out the door, Albright has a bigger task ahead of him this offseason. He’ll have to raise the talent level of the team as well as replace the depth of the roster. It’s the offseason but it shouldn’t be boring.