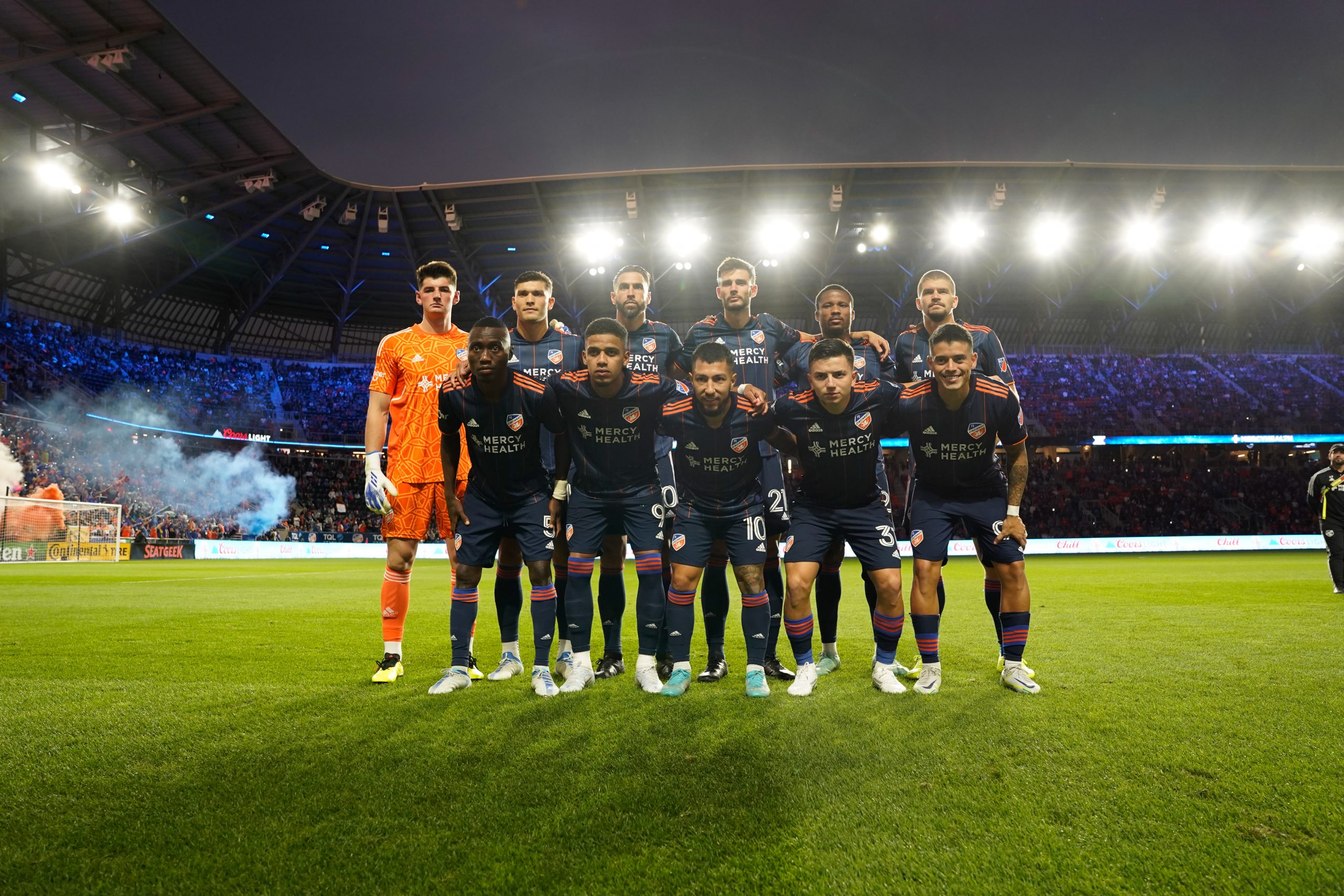 It’s time once again for the Cincinnati Soccer Talk annual year-end awards, and you — our tremendous watchers, listeners and readers — get to have a say. The CST staff has nominated six FC Cincinnati players as the potential Fan-Voted Player of the Year, and it’s up to you to decide who the winner is. The 2021 race was the closest ever with Geoff Cameron edging out Ronald Matarrita by less than 2% of the vote!

This years nominees are: Luciano Acosta, Brenner, Alvaro Barreal, Roman Celentano, Obinna Nwobodo and Brandon Vazquez. There’s also a write-in option if you think there’s someone else deserving. Here is the link to vote. Voting is open now and continues until 10p p.m. on Monday October 10th. We’ll announce the winner that week.

In his second full season as FC Cincinnati’s sorely-needed playmaker, Acosta delivered in putting FCC on the cusp of the Audi 2022 MLS Cup playoffs. The 28-year-old is third in goals (9) and first in assists (18). His 18 assists are ranked first in MLS, three better than the next best players. In the Spring, Pat Noonan and co. dedicated their preseason to get Lucho in better positions upfield and did they ever.

The magician had bonded with forwards Brenner and Vazquez in creating one of the leagues best offenses. His “dirty work” might just set league history in allowing Brenner, Vazquez and Lucho to all finish in the top 10 of MLS in xG. Lucho is in league MVP conversation and was named to the 2022 MLS All-star team. Not to overlook his impact on the younger players including the resurgence of Alvaro Barreal.

While the Brazilian featured in 28 matches for FCC, what could he have done if he had started more than 21 matches? The young DP came into form in 2022 scoring 15 goals and logging 5 assists. His movement in the box has helped create chances for other players which has likely led to more goals for Brandon Vazquez. His xG per 90 is 0.62 which ranks just behind Lucho’s 0.64 and right above Vazquez’ 0.61. His Goals + Assist – PK’s/90 is 0.84 which ranks tops on the team just above Vazquez 0.75.

His ability to pressure defenders along with Vazquez has created a potent situation-specific press style which has allowed several counter attacking goals this year. A large improvement in his play has led to FCC’s success in 2022.

A large question mark for Barreal was how would he see the field in a system without wingers? An unfortunate injury to Ronald Matarrita saw the one-time winger thrust into the starting XI for 24 matches to date. Barreal has learned to attack from the left wing-back position which has led to 5 goals and 5 assists. Early in the season, FCC would stagnate in the attack, but once the Argentine grew more comfortable in the role FCC thrived.

He leads the team in successful tackles vs. a dribble along with blocks. More importantly he has 0 mistakes logged that has led to an opponent shot. He ranks toward the top of the team in most passing categories and adds another dimension in the attack from free kick. It is safe to say if Barreal did not adapt to the LWB role, FCC would likely have been eliminated by Decision Day.

In a position that has been a thorn in FCC’s side since Day 1, the rookie exceeded all expectations. His post shot xG is just positive at +0.04/90 which has been a significant improvement over the past three seasons. Celentano has grown in every match becoming more confident in coming off his line and asserting himself in the box.

Widely regarded now as one of the leagues best shot stoppers, his 28.6% Penalty Kick save % has kept FCC in matches along with coming up with huge saves down the stretch. While he did have several “rookie” moment in 2022, Celentano has provided stability and confidence between the sticks that FCC have never had.

FC Cincinnati had been chasing a quality defensive midfielder since day 1 in MLS. After countless failures and an expensive buyout of Kamohelo Mokotjo, Chris Albright finally got his man this Spring. Nwobodo ranks in the top 85% in the league in clearances and interceptions and 95%+ in pressures, tackles and blocks. While he needs to learn to not draw too many yellows, the Nigerian has been more than advertised and is getting recognition as one of the best midfielders in the league.

He ranks in the top 80% of midfielders in successful dribbles and near 70th percentile in passing %. While yet to score a goal, he has created 2 assists in nearly 2000 minutes following a long season in Turkey where he compiled 2500 minutes! What can Obi do with a consistent partner in the midfield and some rest this Winter?

If you could have foreseen Vazquez scoring 17 goals, ranking 5th in MLS prior to this year, you probably have won the lottery. The forward looked to have to fend off Brenner and Dom Badji for minutes coming into 2022, but now sits as the face of the franchise and fan-favorite. With a top-6 xG and top non-penalty xG in the league (over MLS MVP favorite Hany Muhktar) Vazquez could be the long-time solution at forward for the Orange & Blue.

Not only does he contribute with is scoring, but the pancake-eater also leads the team in pressures helping to create more chaos for other teams playing the ball forward. He ranks in the top-20 in MLS for shots on target and goals per shot. Vazquez without a doubt turned himself into a star in Cincy and also the league being recognized as a 2022 MLS all-star.