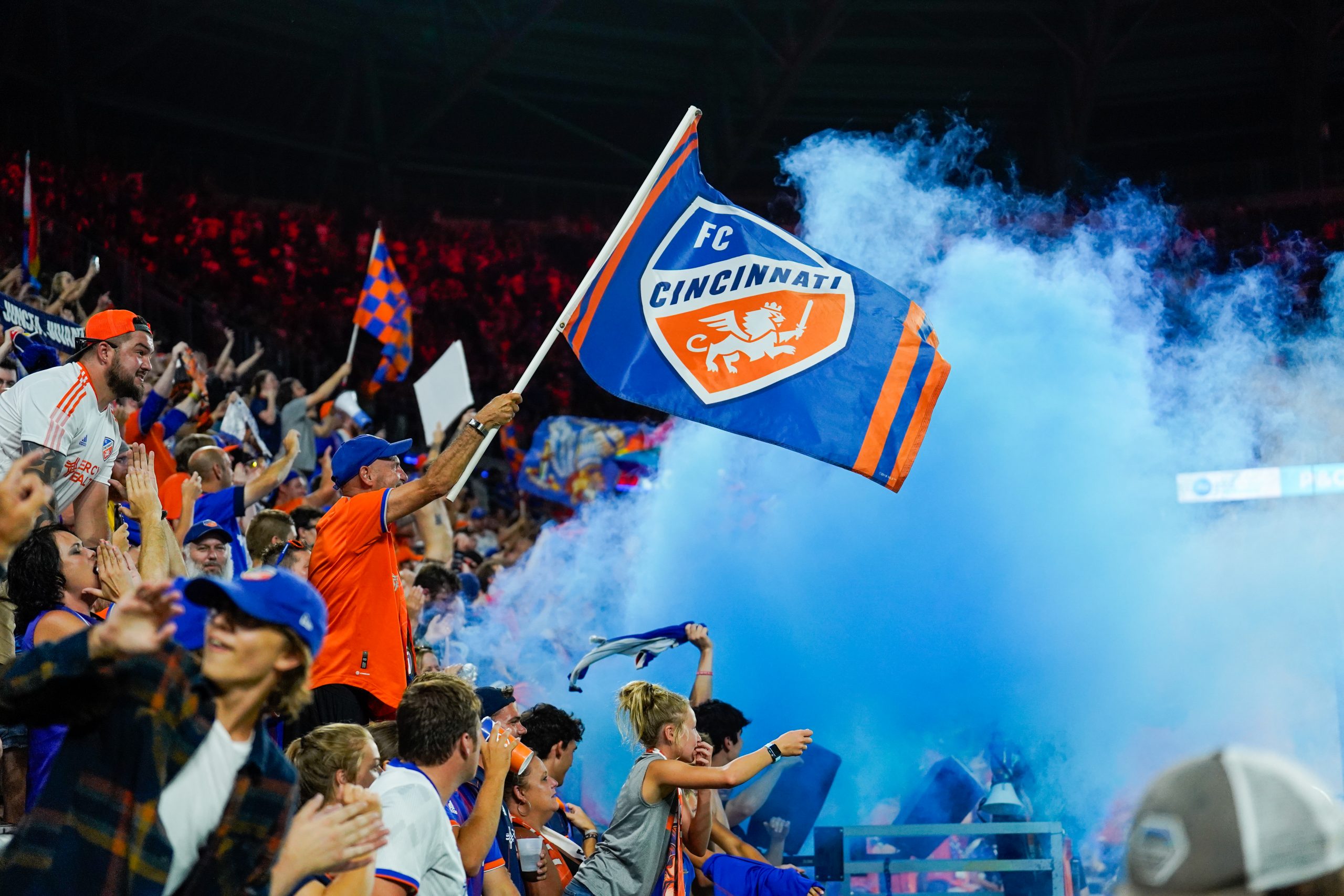 With the results playing out, FC Cincinnati will only need a draw to clinch their spot based on tiebreakers over the Columbus Crew.

At the beginning of the 2022 season, many FC Cincinnati fans were hoping for competitive and meaningful matches in October. Pat Noonan and co. have certainly delivered with a win/draw-and-in scenario this weekend vs. DC United.

As the results came in last night, Cincinnati could have seen themselves needing to snatch all three points in the nations capital. Thankfully a resurgent Charlotte equalized on a 2-0 deficit and Miami blew the doors off Orlando. With the results playing out, FC Cincinnati will only need a draw to clinch their spot based on tiebreakers over the Columbus Crew. A win could see FC Cincinnati place as high as fifth.

Unlike several prominent leagues, MLS elects to uses WINS as it’s first tiebreaker instead of goal differential. Should FCC and Columbus remain level on points they would advance or be seeded higher due to having one more win than their Hell-is-Real rivals.

As Cincinnati sports fans, we all understand that nothing comes easy to the Queen City. Just like Kenyon Martin’s broken leg, a phantom call on Logan Wilson or Greg Oden launching Justin Cage out of bounds in the NCAA tournament, things can go awry quickly.

In the nine possible results that can happen on Decision Day, only in one of those scenarios can we see FC Cincinnati failing to reach the playoffs. In the chart below from Orri Benatar, of the nine combinations, the only way FCC fail to advance is if they lose and Orlando and Columbus draw their Decision Day match at Experia Stadium.

FC Cincinnati could have made things more simple for themselves with wins over Seattle or Chicago. Fortunately results have bounced their way a bit as Orlando have lost their last two matches and Columbus continue to drop points late in matches. Orlando are 8W-8L-0D at home this season while Columbus have proven to be difficult to beat on the road at 3W-3L-10D.

Columbus played many of their starters approx. 80 minutes in their weather-shorted replay Wednesday night. They will likely be without Jonathan Mensah who has a thigh injury while Orlando will be without center back Antônio Carlos who will have to sit out due to Yellow Card accumulation.

FCC will play a shorthanded DC, playing without star attacker Taxi Fountas who remains out of the country. Fountas a Greek international, was accused of using a racial slur in a match vs. Inter Miami. He was away on international duty with Greece and has opted not to return while the investigation is being completed. DC will also be without starting CB Donovan Pines did pick up a red card in last weeks match to Montreal.

D.C. United resumed training today after two days’ off. Taxi Fountas remains in Greece. He will not return to the club until MLS investigation into allegation of using a racial slur is completed, DCU officials said. Season finale is Sunday vs Cincinnati.

The Orange & Blue will still have to contend with Designated Player Christian Benteke and former Crew forward Miguel Berry.

As previously mentioned, FC Cincinnati can place as high as 5th in the Eastern Conference and as low as 8th should the scenario discussed happen. See some seeding scenarios below:

We don’t want to talk about 8th. Win/Draw and IN!

The competence shown by the front office and Noonan have put Cincinnati into a chance to turn the page quicker than expected. Key players are receiving league plaudits, but they must perform vs. the worst team in the league this Sunday.

While it is nice to “celebrate” that FCC has made it to Decision Day in contention, this is the baseline goal every club should have. It is a nice change of pace and can be enjoyed when we look back on 2022 in comparison to the past three seasons. BUT WE AREN’T THERE YET!