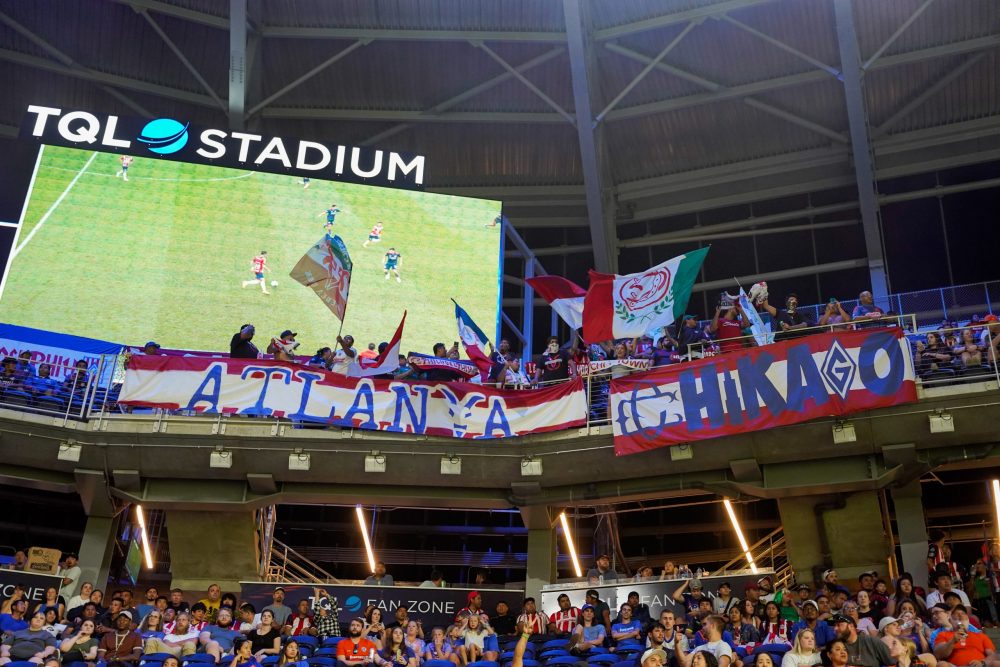 FC Cincinnati will host matches in 2023 for Leagues Cup. The format is explained here

FCC season ticket holders likely noticed that even though prices largely didn’t change in 2023, the cost still increased. Why? Because they paid for an extra two matches that will be played in 2023. Actually, FC Cincinnati could theoretically play more than an extra two.

MLS has released its Leagues Cup plan for 2023 and it provides clarity for fans wondering what is going on from July 21st to August 19th.

Right now FC Cincinnati plays their MLS season and in one extra knockout competition, we all are familiar with, the Lamar Hunt US Open Cup. Starting in 2023, add the new Leagues Cup competition in July. Essentially, MLS is going to hit the pause button on the season and MLS clubs are going to take on Mexico’s Liga MX in a tournament. The top 15 MLS clubs vs the top 15 Liga MX clubs will be pitted against each other in reverse order while the remaining MLS, Liga MX clubs are sorted in after that geographically. Seeding for MLS teams will be by Supporters’ Shield standings (how they finished the season before playoffs)

What is FCC playing for?

Essentially the rewards are similar to winning MLS Cup or winning the US Open Cup. All 2023 matches are played in the US which is interesting considering all the Mexican clubs in the tournament. The tournament will be broadcast on Apple TV as part of the new 2023 MLS TV Deal with Apple. All Season Ticket holders get the new MLS Apple TV product included with season tickets.

More about the tournament is here at MLS’s webpage and we will update this page as more information comes available.