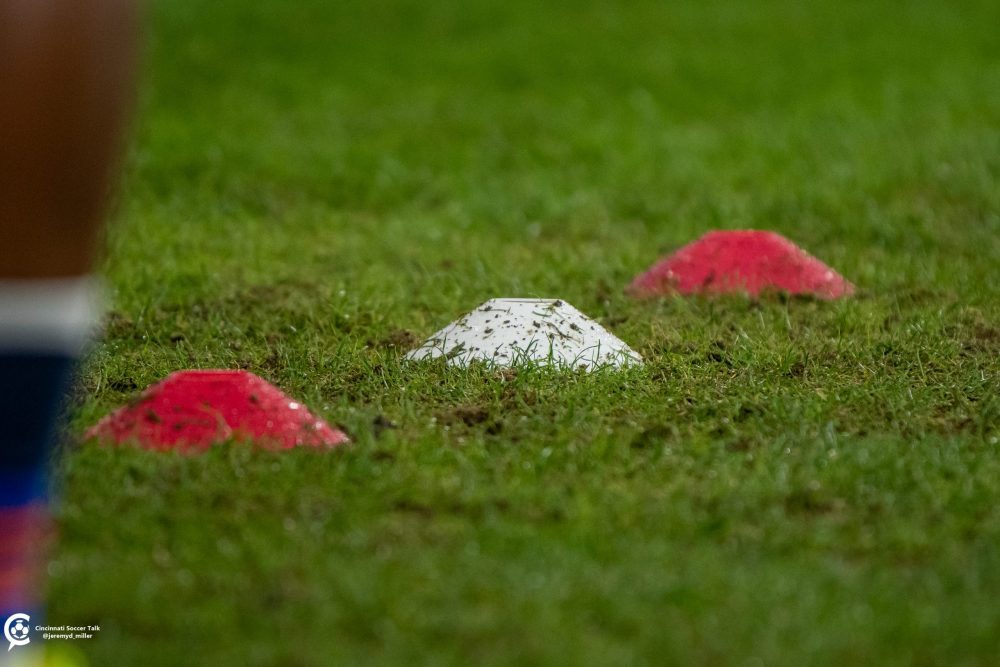 With these two additions, FCC improved the club while preserving allocation money and other roster options for additional player acquisitions this offseason.

FC Cincinnati supporters didn’t have to wait long for new GM Chris Albright to make a positive imprint on the roster. He recently signed goalkeeper Alec Kann and brought Alvas Powell back to the Queen City during the early stages of MLS free agency. Both moves look to address major on-field issues that plagued FCC throughout 2021. Also importantly, the signings of Kann and Powell represent a good use of resources, in terms of international spots and almost certainly against Major League Soccer’s salary cap.

Alec Kann was Chris Albright’s first signing and if the signing of things to come,  According to American Soccer Analysis, Kann has been the second best shot stopper in MLS since 2017 on a per match basis. The only keeper ahead of him in that time period? Shot stopping virtuoso Matt Turner who has a very compelling case to be the U.S. Men’s National Team’s #1. The chart below shows exactly when Kann’s shot stopping stacks up against other MLS keepers who played at least 2,000 minutes since 2017. 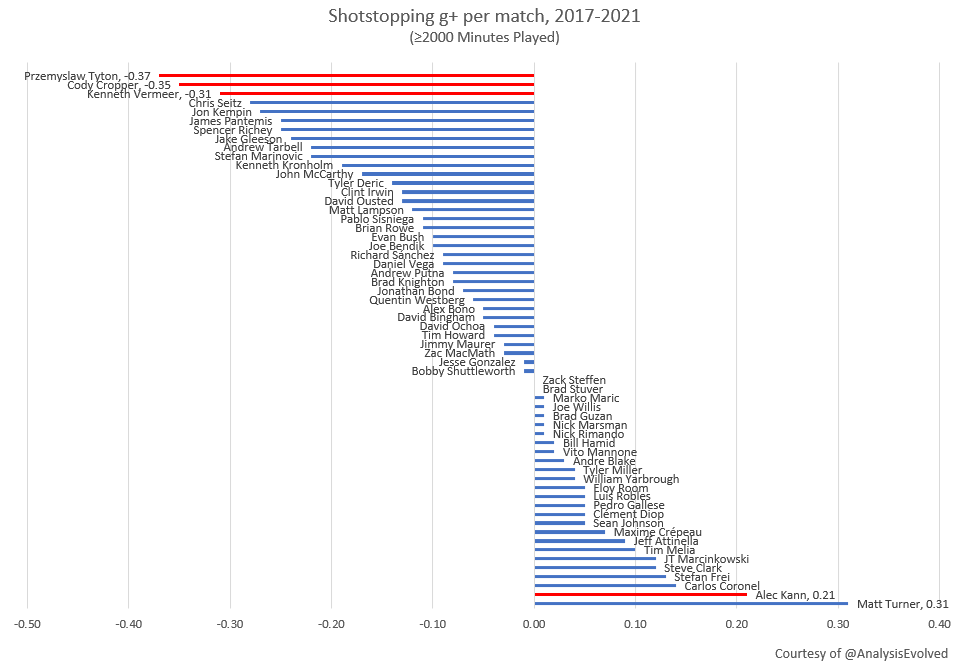 The obvious caveat here is that Kann has played just 2,343 MLS minutes in goal since 2017 compared to Matt Turner’s 9,495. There’s a very real chance Kann will not be as elite of a shot stopper as he has been in his relatively limited MLS minutes thus far. However, he’s still demonstrated enough ability at the highest level to believe that his results will continue in the Queen City.

Even if Kann’s shot stopping regresses slightly, the upgrade he’ll provide in goal is still substantial. FCC’s goalkeepers were the worst shot stoppers in MLS during the same time period. I wrote about this previously using FBref’s Post-Shot Expected Goals data too. Adding a keeper who looks to be well above average would make most MLS teams better. But for FCC to go from league worst to well above average, the upgrade will be more pronounced. For Albright to find that kind of upgrade in the form of a domestic signing almost certainly on a reasonable contract demonstrates his understanding of MLS’s salary cap and the need to fill a roster with value.

Kann’s signing was not the end of Albright’s free agency activity. As previously mentioned, Alvas Powell returned to FCC in a move to help address another glaring hole on the roster: right back. Throughout the 2021 season, the Orange and Blue lacked a true answer at right back. Joe Gyau did his best but never truly looked comfortable. Though Zico Bailey showed flashes towards the end of the season but he lacks the experience to be counted on as a starter moving forward.

Powell’s return gives new manager Pat Noonan an experienced option at right back who is familiar with the system he’s likely to implement. Though Powell started the 2021 season playing for Al-Hilal in Sudan, he returned to MLS in the summer signing with the Philadelphia Union, even starting its first playoff game against the New York Red Bulls. Despite being on a winding path through MLS and world soccer since leaving FCC the first time, Powell has remained relevant on the international level, continuing to represent Jamaica throughout its World Cup Qualifying cycle.

Powell may not be a Best XI level player or maybe not even an upper quartile right back in the league. However, Albright again added a quality depth piece in the prime of his career to FCC’s roster in an area of need and didn’t have to give up allocation money or pay a transfer fee.

Ya man Alvas is back!!!!!!!!!!!
Happy for him as last time out at the club didn’t get to showcase himself properly. But watch this time out he be a great pick up and signing for the team.
Watched him many times and trained with him so I know what a big assist he will be. 👍🏾👌🏾🙌🏾 https://t.co/OSIWN6fmi7

Rebuilding FCC’s roster was never going to be an overnight thing. This rebuild or reset or whatever you want to call it is going to take time. Albright’s first two free agent signings should encourage FCC supporters. Neither Kann nor Powell is going to make the Orange and Blue a playoff contender in 2022 but the vision and process behind these signings is an early indication that Chris Albright is the right man for the job.

With these two additions, FCC is a better team on the field in 2022 and Albright did it in a smart way relative to the salary cap, preserving allocation money and other roster options for additional player acquisitions this offseason. Both moves make FCC better next season and should provide depth past that as the overall quality of the roster continues to improve.