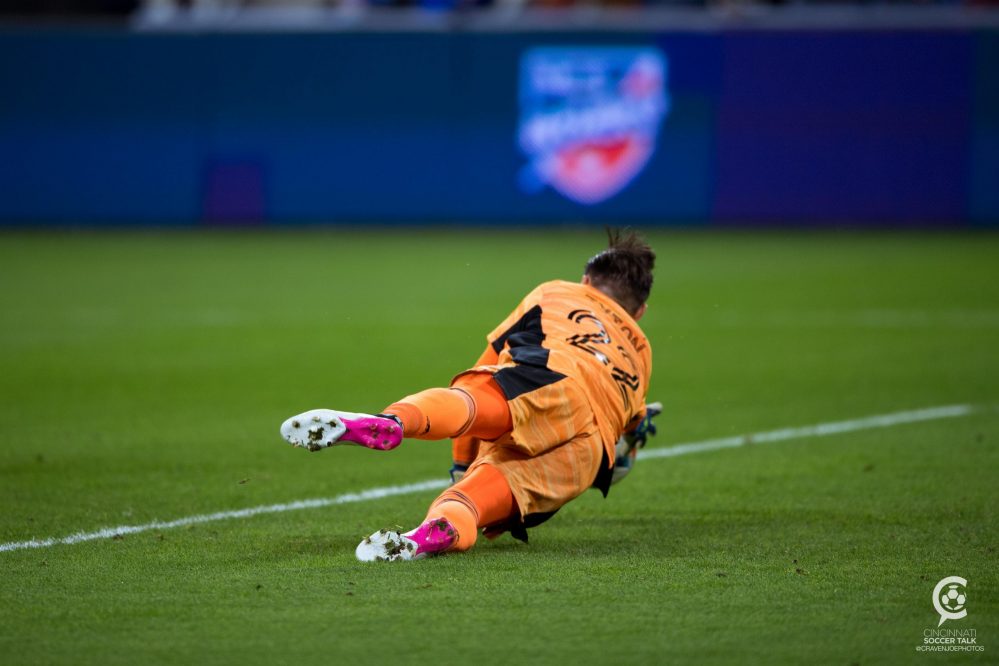 FCC, barring a miracle, has already secured the two worst shot-stopping seasons going back to 2018 when data is available.

As FC Cincinnati draws closer to the end of its third season in MLS, one thing hasn’t changed: the inability of its goalkeepers to stop shots. FCC is the worst shot-stopping team in MLS over the past three seasons and it isn’t close. On the bright side, a better season for the Orange and Blue in 2022 could be as simple as getting league average goalkeeper play. Before considering 2021 offseason priorities, it’s worth diving in a seeing just how bad FCC have been in goal.

According to Football Reference between 2019 and 2021, FCC’s goalkeepers allowed 34.9 more goals than what would be expected based on Statsbomb’s Post-Shot Expected Goals data (PSxG). There’s more information on PSxG here, but basically it measures how likely a shot will be a goal. So keepers who have a positive PSxG are either lucky or better shot-stoppers. A negative number, the opposite. To illustrate the other side of the coin, during the same time period, New England Revolution goalkeepers, led by shot stopping wizard Matt Turner, allowed just 122 goals on 135.2 PSxG, a 16.2 PSxG +/-. 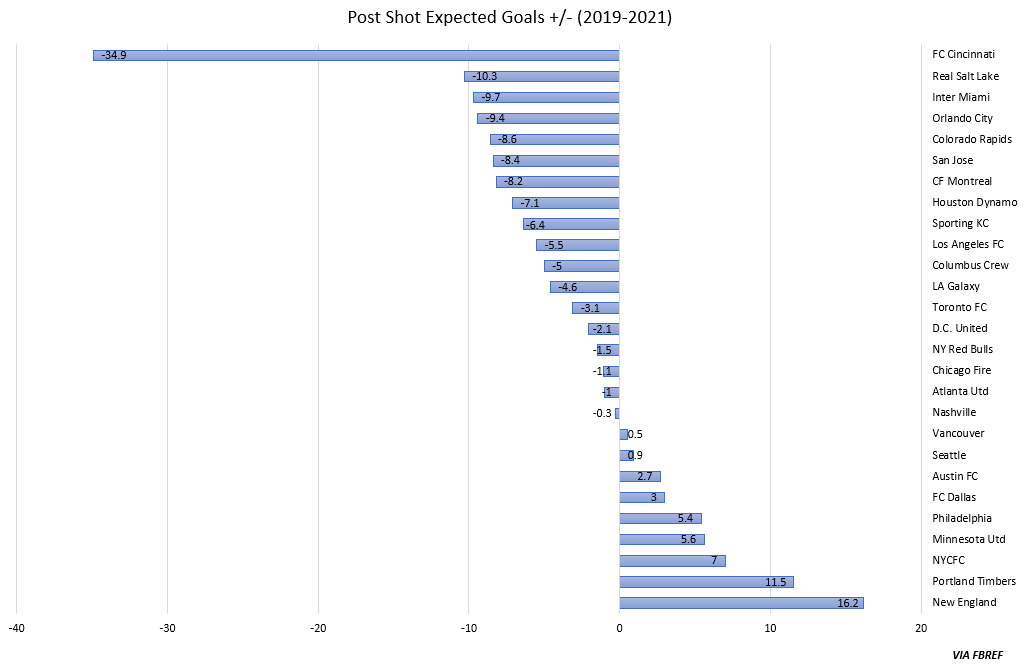 The chart of the full league from 2019 to 2021 reinforces just how bad FCC’s keepers have been. The gap between FCC’s PSxG +/- and second worst (Real Salt Lake’s -10.3) is nearly the amount separating RSL from first place New England. The Portland Timbers, second in PSxG +/-, conceded virtually the same amount of post-shot expected goals, 144.4 PSxG to FCC’s 144.1. However, with better shot stopping, Portland conceded 50 fewer goals during FCC’s MLS existence

FCC, barring a miracle, has already secured the two worst shot-stopping seasons going back to 2018 when data is available. The Orange and Blue are the only team to have two seasons with a PSxG +/- differential of -10 or greater. Of 89 qualified seasons from MLS goalkeepers from 2019 to 2021, Spencer Richey’s 2019 shot-stopping per 90 minutes season ranked highest: 76th. FCC goalkeepers account for four of the worst five shot-stopping seasons since 2019.

There’s certainly more nuance to why FCC’s goalkeepers have been so, so bad. But the data is clear, FCC’s keepers have been far and away the worst in the league at shot-stopping throughout the team’s run in MLS.

There’s a positive angle to this, too. It’s simple. FCC’s shot-stopping woes are so pronounced that nearly any replacement level MLS goalkeeper should be a dramatic upgrade. Fixing the issue surely won’t be as simple as replacing a collection of bad shot-stoppers with a good one but it has to help.

I wouldn’t advocate for a high-priced goalkeeper as the answer either. Ben Lundt was a slightly positive shot stopper in his 889 minutes at Phoenix Rising in 2021, according to American Soccer Analysis, and hopefully he gets a shot in one of the next two matches. To throw one name out there, per the same source, Hartford Athletic’s Jeff Caldwell leads USL in shot-stopping numbers. He certainly fits the profile of someone who could be a value (domestic player, might occupy a supplemental spot) and maybe provide better play in goal as well.

Regardless of what direction Chris Albright chooses to go next season, there’s a real possibility that FCC is a much better team with just an average shot-stopper between the posts in 2022.