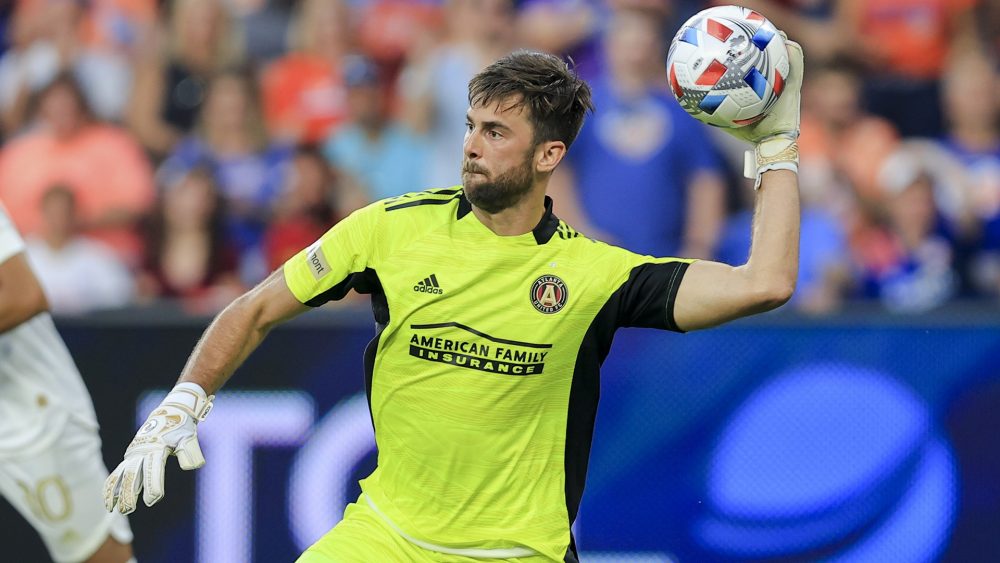 The player rumors have started swirling for FC Cincinnati and it didn’t take long for the club to act with free agency opening this week. This morning began with rumblings of FCC bringing Alvas Powell back to help at right back and those rumors were given fresh breath with a tweet from Pat Brennen.

New on #FCCincy: Sources have told me club nearing deal to bring Alvas Powell (RB) back to Cincy.

Not to be out-done, FC Cincinnati then dropped fresh news that they had signed Alec Kann to a contract through the 2023 season, with a club option for 2024.

Kann played the past several seasons with Atlanta United entering 10 matches in the 2021 season. However, only five of those were with the MLS side. The other five were played for Atlanta United II. FC Cincinnati recently declined options on both Przemyslaw Tytoń and Ben Lundt leaving fans to wonder what direction the club was headed in goal. At one point, Lundt (two-time USL keeper of the year) was the assumed future GK of the club. Kann (age 31) ranked 7th in save percentage but his sample size is a bit smaller than many of his 2021 peers. Despite that, he is a fan favorite in Atlanta and thought of as a solid domestic keeper. FCC has not featured a domestic starting goalkeeper for the past couple of years.

At the moment, Kann will be entering goalkeeper coach Jack Stern’s roster joining Kenneth Vermeer and Beckham Sunderland. The signing of Kann marks the first free agent signing under General Manager Chris Albright. “Adding talent to the goalkeeper position was a priority for us this offseason,” said FC Cincinnati General Manager Chris Alright. “Alec is an experienced and athletic goalkeeper who understands what winning looks like in this league, and he’s a valuable addition to FC Cincinnati.”

It seems that Atlanta United had an agreement with Alec to resign but Cincinnati has offered him the chance to be at starting goalkeeper, and that’s tough to pass up, especially for a guy who has performed as well as he has

FC Cincinnati have signed defender Alvas Powell to a contract through the 2022 season, with a club option for 2023, the club announced Friday. The long-time MLS veteran returns to Cincinnati following stints with Miami, Sudanese club Al-Hilal and the Philadelphia Union.

“Having worked with Alvas last season, his work ethic and his team-first mentality were apparent from day one,” said FC Cincinnati head coach Pat Noonan. “He understands the clear expectations we have and will be a great fit for how we want to play.

Powell was a part of the 2019 expansion year squad and played in 13 matches for the orange and blue.

“We’re excited to bring Alvas to Cincinnati,” FC Cincinnati general manager Chris Albright said. “His defensive mentality, physicality, and experience in winning cultures will be a valuable addition to our group.”

The right back has over 150 professional appearances with an additional 57 caps for the Jamaican national team. Its is yet to be determined if he is slated to be a day one starter for FCC. Powell could be a mentor for youngster Zico Bailey who impressed late in 2021 for FCC.