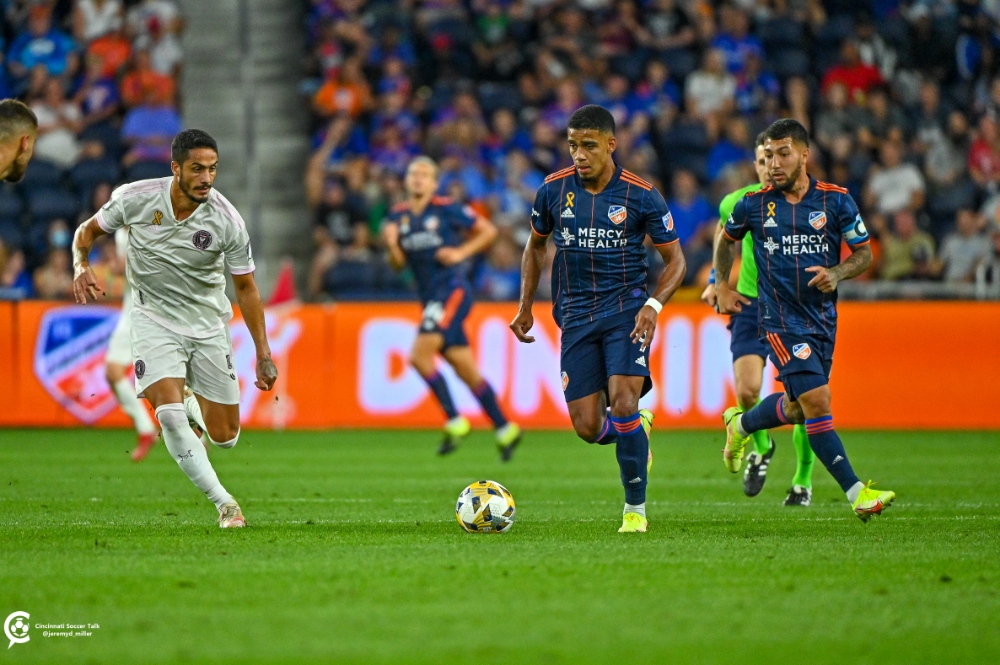 Brenner could be heating up for FC Cincinnati if the club continue continues to find ways to get him involved.

Finally. On Saturday, FC Cincinnati earned three points at home, beating Toronto FC 2-0. It wasn’t an undeserved win, either. Though Toronto ended the night with more shots than FCC, 13-10, and shots on target, 5 to 4, FC Cincinnati ended the match with 1.6 expected goals to Toronto FC’s 0.7, per MLS Soccer.

A big reason why FCC created the best chances in the match came from excellent opportunities on shots from Brenner. According to MLS Soccer, Brenner’s three shots resulted in 1.14 xG of FCC’s total. Brenner’s xG total against Toronto was far and away his highest of the season.

Brenner has shown he can find dangerous spots in the box in possession. Allowing Brenner to be the option on the end of the final pass of an attack rather than the one making the final pass makes FCC’s attack more dangerous.

Brenner’s goal in the 39th minute and then his missed half-volley attempt five minutes later were two of his highest xG shots of the season from open play this season. So far in 2021, according to Football Reference, Brenner’s average shot distance was 16.6 yards from goal. In contrast, Brenner finished his opener four yards from goal while his other best opportunity was from seven yards away.

Both opportunities came from moments where Brenner was allowed to find space in the box to be dangerous. On his goal, Brenner floated behind a Montreal center back and Luciano Acosta found him at the back post for a volleyed finish. Because Álvaro Barreal drifted in-field from the left to occupy the attention of a center back and Isaac Atanga moved toward goal on the backside of the play, Brenner found a dangerous place to wait for the cross from Luciano Acosta.

The quality of Acosta’s ball to the back post shouldn’t be dismissed either, but FCC’s attack should be structured around allowing Brenner to find vulnerable pockets of space while FCC’s most creative players are charged with finding him. Getting the ball to Acosta with time and space was possible on Saturday because other FCC players, especially Rónald Matarrita and Yuya Kubo, stepped up to provide a consistent link from defense to attack.

Other Options To Get The Ball Forward

Matarrita and Kubo took on more ball progression duties against Toronto FC on Saturday and it helped to unlock some excellent moments of FCC’s attack.

Matarrita returned to his customary left-back role after international duty with Los Ticos on Saturday and immediately proved how valuable can be. Against Toronto, Matarrita demonstrated his ability to link play from defense to attack. Matarrita led FCC in passes into the attacking third of the field with seven and added two more carries into the final third. His combined 20 progressive actions quantify his contributions in moving the ball forward.

Kubo stepped up as well. Sometimes this season Kubo hasn’t looked to push the ball forward from his deeper midfield role, preferring instead to circulate possession through the backline. Against Toronto however, he did. Kubo contributed a total of ten final third entries, five passes and five carries. The balance in FCC’s passing is clear in their pass maps on MLS Soccer. With an attacking left side, the connection between Matarrita and Acosta is clear. With more ball progression options behind him, Acosta was able to stay higher up the field. 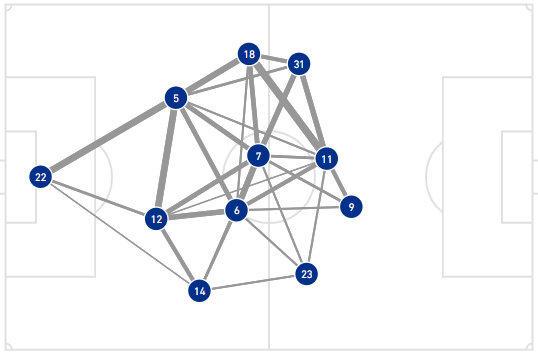 In total, Matarrita and Kubo combined for 19 of FCC’s 57 final third entries against Toronto. Acosta still chipped in with 11 final third entries but sharing the burden of ball progression allowed Acosta to be the one receiving the ball in the final third more often, rather than being the main engine driving it there. Acosta’s touch map courtesy of WhoScored.com shows just how much more he found the ball in dangerous areas. 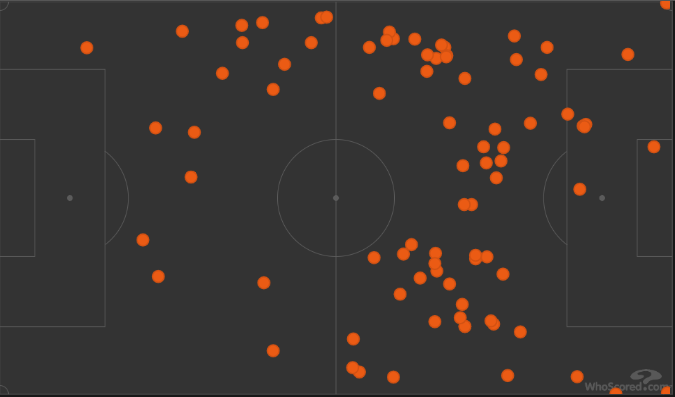 Finding consistent ways to get the ball to Acosta’s feet in the final third is a recipe for success for the Orange and Blue. Though he is certainly still over-dribbling at times, there’s no question about Acosta’s ability to unlock a defense. FCC supporters will likely have to accept the frustrating moments of Acosta trying to do too much himself as a trade-off for the sublime moments he can bring to a match. Against Toronto, it paid off and FCC notched its first win at TQL Stadium.