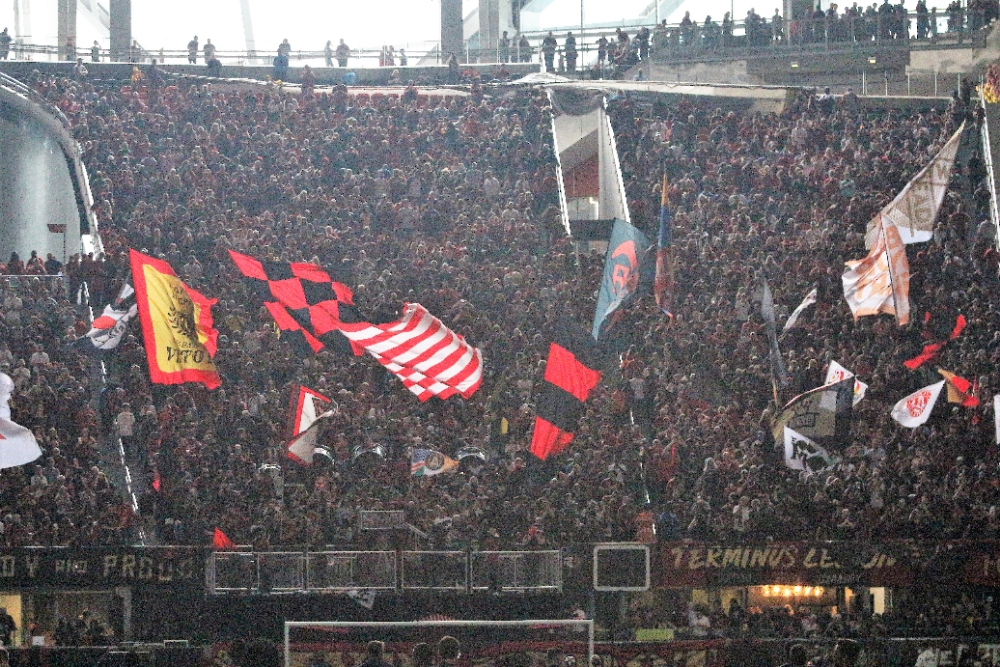 FC Cincinnati lose by four in Atlanta after rotating the lineup for a double match week.

Jaap Stam made six changes to the starting eleven that notched the Orange and Blue’s first home win at TQL Stadium against Toronto FC over the weekend, including mainstays Luciano Acosta, Geoff Cameron, Álvaro Barreal and Yuya Kubo starting on the bench. FCC’s change in personnel forced a change in shape as well, shifting from a 4-3-3 to more of a 5-3-2 with Rónald Matarrita joining Nick Hagglund and Gustavo Vallecilla as a center back.

Atlanta jumped out to an early lead in the fifth minute. Luiz Araújo received a pass near the center circle, held off Florian Valot, turned and outpaced Rónald Matarrita into FCC’s penalty area. None of the four Cincinnati defenders could catch up and Araújo coolly put a shot back across goal. Przemysław Tytoń got a hand on it but could not keep it out and Atlanta was up 1-0.

Brenner nearly equalized for the Orange and Blue in the 24th minute. Florian Valot held off an Atlanta player in midfield before switching play to Allan Cruz. Cruz passed to an overlapping Bailey on the right who fizzed a cross into the box towards Brenner. Brenner was ahead of his marker but could not make solid contact on the bouncing cross. The chance was another example of Brenner finding dangerous space in the box but he should have done better.

In the 30th minute, FCC squandered another opportunity to level the score. He pounced on a poor touch from Alan Franco and was in on goal. Unfortunately, Brenner put the ball just over the crossbar. To be fair, Franco recovered well and contested his shot but the Orange and Blue missed another chance to put a goal past Brad Guzan.

Atlanta nearly added a second in the 38th minute after Brooks Lennon made a smart run behind FC Cincinnati’s back line and received a lofted pass. Tyton made an excellent one-on-one save and Rónald Matarrita blocked a headed effort off of the rebound.

However, just two minutes later, Atlanta doubled their lead through Josef Martínez. An Atlanta free kick about 35 yards from goal was clipped towards Tyton’s back post. Alan Franco played it back across goal to find an unmarked Martínez, who easily headed home. Ezequiel Barco nearly added a third on the stroke of half-time but his dipping, long range effort was denied by the post. Tyton did well to block Brooks Lennon’s follow-up attempt on the rebound and FCC made it to half-time down just two goals.

After 45 minutes, FCC was left to rue what might have been. The Orange and Blue had multiple opportunities to equalize after conceding early but after a poorly defended set piece, the road back in the second half looked to be very steep.

After a quiet first ten minutes of the second half, Josef Martínez struck again. After an incomplete long ball forward from Valot targeting Brenner, Alan Franco found Barco on the half-turn. Barco took a touch into space before connecting with Martínez, making a run towards the penalty area. Atlanta’s talisman faced up with Nick Hagglund at the top of the box before putting a shot around Hagglund, who screened Tyton, into the far corner.

Jaap Stam brought Luciano Acosta and Álvaro Barreal on in the 62nd minute to try to get back in the game. Unfortunately, the game was too far gone. FCC rarely threatened in the last third of the match while Atlanta continued to create chances, some demanding interventions from Tyton.

Ezequiel Barco completed the rout in the 86th minute with an excellent free kick from about 25 yards that beat Tyton low to his left hand side.

As with so many FC Cincinnati matches, supporters can look back and say what if. If Brenner had taken either of his chances in the first half and the teams went into half-time tied, maybe FCC’s most dynamic players could have impacted the outcome in the second half. Obviously, that did not happen. Rotation and squad management is a key element of MLS as games played in summer temperatures with little rest pile up. FCC paid for their lack of rotation earlier in the season against Atlanta.

FCC will look to rebound on Saturday night at home against NYCFC, though Rónald Matarrita will be unavailable due to yellow card accumulation.