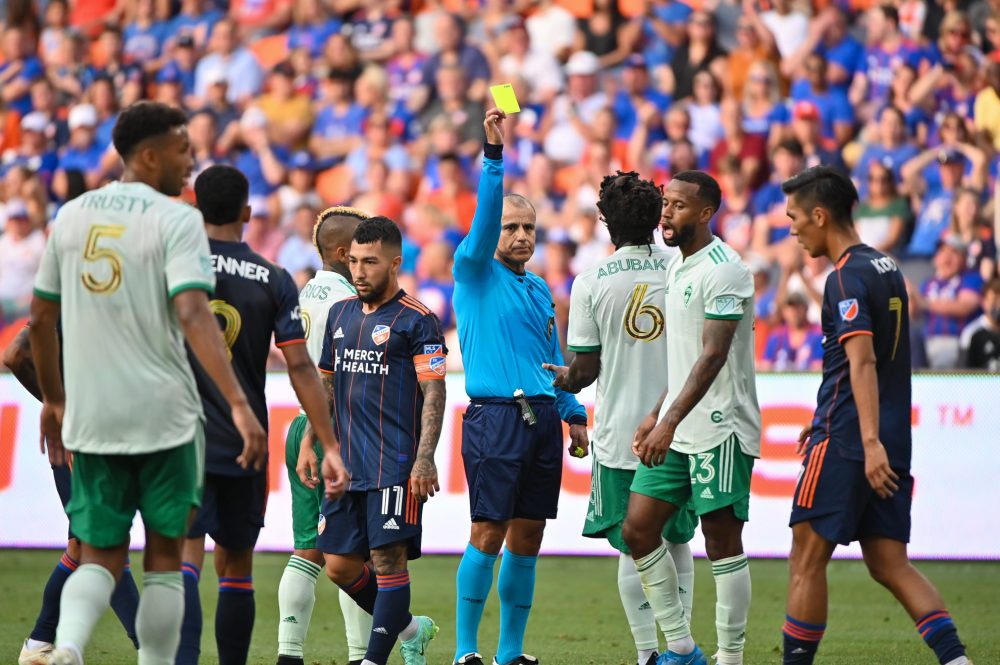 FC Cincinnati loves paying its way out of messes it created. It is time to pay the way into acquiring the best MLS coaches and general managers.

Going against the grain has been the FC Cincinnati theme. A USL club that from its conception wanted to be bigger than a USL club. Other teams played in colleges or borrowed stadiums and drew only the most passionate in the city. Cincinnati won over families and eventually the city. Other clubs struggled to get news coverage. TV stations showed up whenever Cincy called a press conference. Other cities struggled to spend money. FCC believed every dollar spent would be another dollar earned. Merchandise? Cincinnati blew sales out of the water and then partnered locally, and now you can’t go a day in the city without seeing a winged lion.

You get the point, different was good!

Cincinnati took that same “we are different” approach into MLS. While it also worked in areas like building beautiful stadiums (that are not missing their corners), it has not worked on the pitch. FCC arrogantly thought they could do something no one has. Take a USL coach, a USL squad and an NASL general manager into a league and compete. They failed. The mistake was revealed and it was obvious. MLS has a clear style, and while it varies from club to club it is clear. You need people that understand the league in the front office.

It was only Year One though — mistakes happen. Fans were eager to forgive after all the prior success and quick pace. They accepted the short runway excuse and trusted FC Cincinnati would deliver on the promise that was made to them. That promise came in a full-page thank you ad in the Cincinnati Enquirer.  Lindner said. “My commitment — and that of our entire ownership group — is that we will do everything in our power to never have a season like this again.

That season was followed up by another in last place.

Instead of identifying the problem of lack of MLS experience, FC Cincinnati tried to re-invent the wheel again. They hired a Dutch GM and now two Dutch coaches to bring in their own players and their own system. They could do what Atlanta United failed to do, make the Dutch way work in America. It is time to admit that is failing. Again, fans have been patient. They just sold out the stadium, and the majority of those fans walked into TQL Stadium knowing they were going to watch a loss. In the last three years, most matches have been over before they even were played. FC Cincinnati is straight bullied on the pitch. While the losses in 2021 no longer come at a seven-goal against spread, they still punch the little momentum the club has left from USL and building a stadium.

New England turned its club around with one hire. Columbus Crew won the MLS Cup with one hire. Both teams did not swap their entire lineups. Both clubs took what they had and made it work. FC Cincinnati has the players to make this work. Fans no longer will accept that excuse. This is a front office and coaching problem, and there are no fingers left to point elsewhere.

The real kicker is ownership is committed. Ownership has spent and set wallets on fire to try and fix a mess for the fans and it isn’t working. In the USL, FC Cincinnati could buy wins until the playoffs. Now FC Cincinnati is headed toward a third straight year in last place. That is massively hard to do in MLS. It is an impressive and unprecedented kind of bad. It all stems from FCC’s arrogance in trying to re-invent the wheel. The club cannot forge its own way. It is time to accept it needs MLS experience in the front office. FC Cincinnati loves paying its way out of messes they created. It is time to pay its way into acquiring the best coaches and GMs MLS has to offer and maybe, just maybe, finish a season outside of dead last.