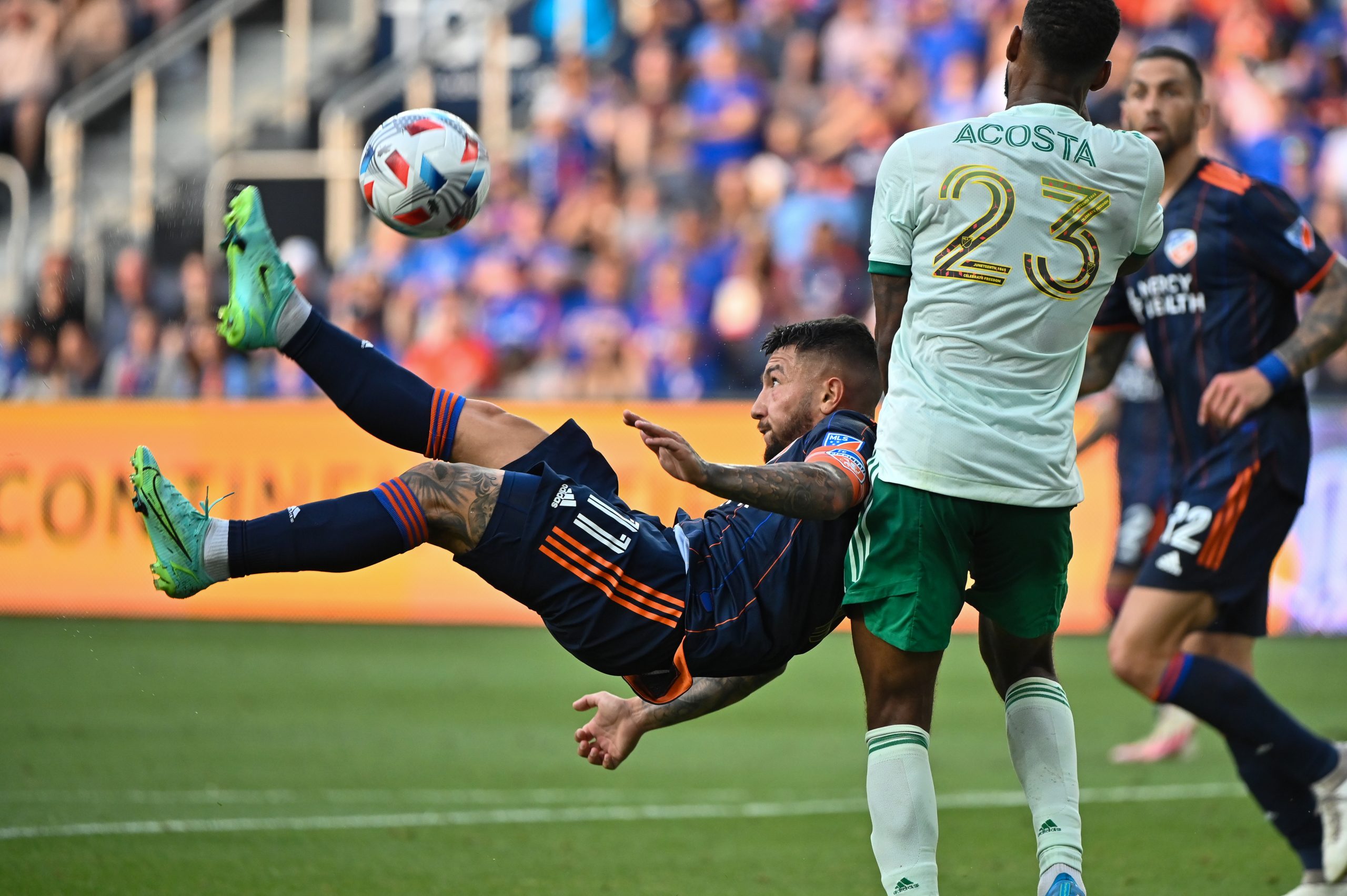 In front of a sold-out TQL Stadium for the first time, FC Cincinnati suffered its second straight home shutout loss on Saturday, falling 2-0 to the Colorado Rapids.

Playing in front of a sold out TQL Stadium for the first time, FC Cincinnati fell 2-0 to the Colorado Rapids on Saturday evening.

Facing a red-hot Colorado side who had won four of its last five, coach Jaap Stam’s men would have hoped to have made the most of the deafening conditions created in the club’s deafening new facility. And in some ways, they managed to do that. Inspired by the crowd, the Orange and Blue outshot the visitors by more than a 3-to-1 margin and won out on the possession battle, too.

But as has frequently been the case during Stam’s reign in the Queen City, converting those chances proved difficult.

“It’s a little unbelievable that we’re sitting over here and we haven’t scored a goal,” Stam explained to the media post-match.

The 22-6 shot advantage was nullified in large part by an outstanding performance in goal from Colorado’s William Yarbrough. His second-half showing was particularly impressive, several times coming up with huge stops as FC Cincinnati pressed for an equalizer.

At the other end of the pitch, things seemed to be better as well. But despite limiting Colorado to just six shots, both of the efforts that were on goal ended up in the back of the net. But when asked about the opposition net minder’s performance, Stam thought there was more to it than just a few good saves.

“Yeah, I give him credit. Also we sometimes we make it easy because we shoot that ball against him, so he doesn’t need to do a lot. If you pick an angle and you take a corner, then it goes in probably.”

The result sees FC Cincinnati fall to 1-5-1 on the season and remain bottom of the MLS Eastern Conference standings.

Next up: at Chicago Fire FC, 8 p.m. Wednesday