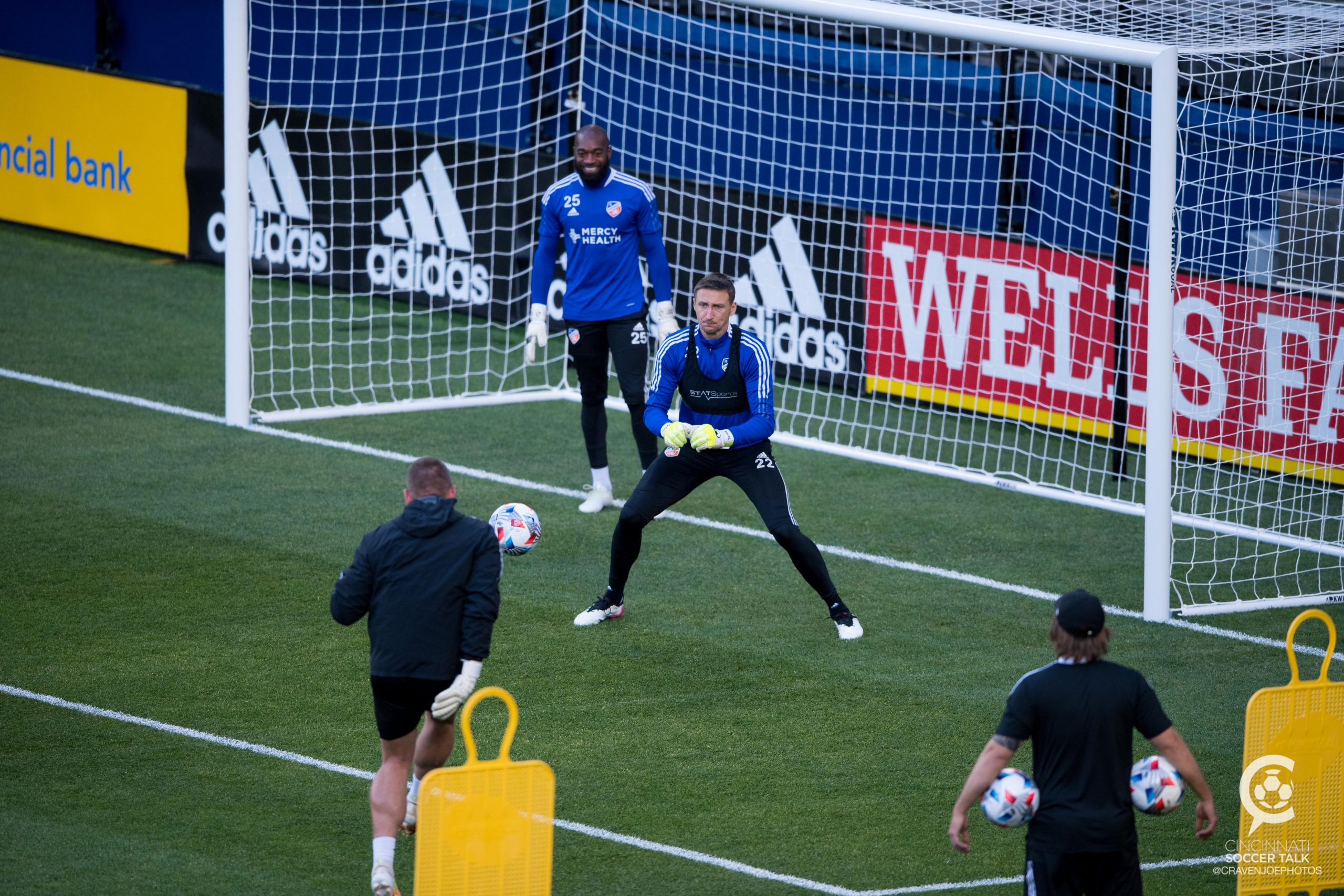 FC Cincinnati coach Jaap Stam told reporters on Wednesday that his players “don’t talk a lot about the stadium,” but the club’s new home will be front and center on Sunday when the Orange and Blue take on Inter Miami CF in their home opener.

Following two disappointing defeats on the road, FC Cincinnati badly needs a result on Sunday against Inter Miami CF. But no matter how coach Jaap Stam tries to frame it, this isn’t just any other match. It’s the historic opening match at TQL Stadium with the return of FCC fans who haven’t seen their club play in the Queen City since the 2019 season. That said, Stam and the players have a job to do.

“We don’t talk a lot about the stadium,” Stam said during a videoconference call with media prior to Wednesday night’s training session in the West End. “We need to prepare in the best way we can. Every match you need to set a high standard for yourself. The main focus is for us to get a result.”

It is hard for anyone not to be distracted by the beauty of TQL Stadium. Everything about it smells new. The steel glistens, the pitch is as pristine as it gets. But the last thing FCC can afford is for Sunday’s match to be a repeat of the ugliness on display in 5-0 and 3-0 losses at New York and Orlando in the past two matches.

But even with limited capacity due to the ongoing COVID-19 protocols on Sunday — a little more than 6,000 fans are expected – actual humans rooting on the Orange and Blue will have an impact on the club. After some of the strongest support ever seen in American soccer helped propel FCC into MLS, this is the first time since their inaugural season that many of the players will feel the buzz of a home crowd in Cincinnati.

“It can be a huge difference,” Stam said. “Even only 6,000 gives you a totally different atmosphere than without. It gives you a very positive feeling when the fans are pushing you forward. It’s an extra push for the players.”

The Orange and Blue are hoping to get an extra push on the injury front as well with the hope that Luciano Acosta will return for Sunday’s match. Acosta hasn’t played since the season opener in Nashville when he scored his first FCC goal. He has been training this week as he recovers from an elbow injury which brought pause to what potentially is a dynamic partnership between Acosta and young Brazilian striker Brenner.

“Lucho is feeling better and we’re still assessing him,” said Stam on Wednesday.

FCC players were not available for comment prior to Wednesday’s training session, of which the media was only permitted to photograph the first 15 minutes, and Stam checked his watch and ordered the stadium cleared before any of the team’s real work got underway.

Sunday’s match is a reunion for Stam and his former Manchester United teammates David Beckham and Phil Neville. Stam was at United with both Beckham, the president and co-owner of Inter Miami, and Neville, the former England women’s national team and current Inter Miami manager, in 2002 and 2003.

“I haven’t spoken to David in a long time,” Stam said. “Of course, you went in different directions in our careers. He’s been very successful in what he’s doing. We’re both very competitive people.”

As a guest on Cincinnati Soccer Talk’s weekly podcast on Monday, FCC team president Jeff Berding said there won’t be a lot of pomp and circumstance surrounding Sunday’s opener, because until TQL Stadium is filled to capacity, he didn’t feel it would be appropriate.

With Ohio Gov. Mike DeWine saying Wednesday that COVID-19 health orders will be lifted on June 2, that day might be coming soon.

“It feels like a real soccer stadium,” Stam said of TQL. “The fans are close to the lines and the field. It resembles many of the stadiums in Europe that I’ve worked in. It fits right into that. The players can feel the excitement.”