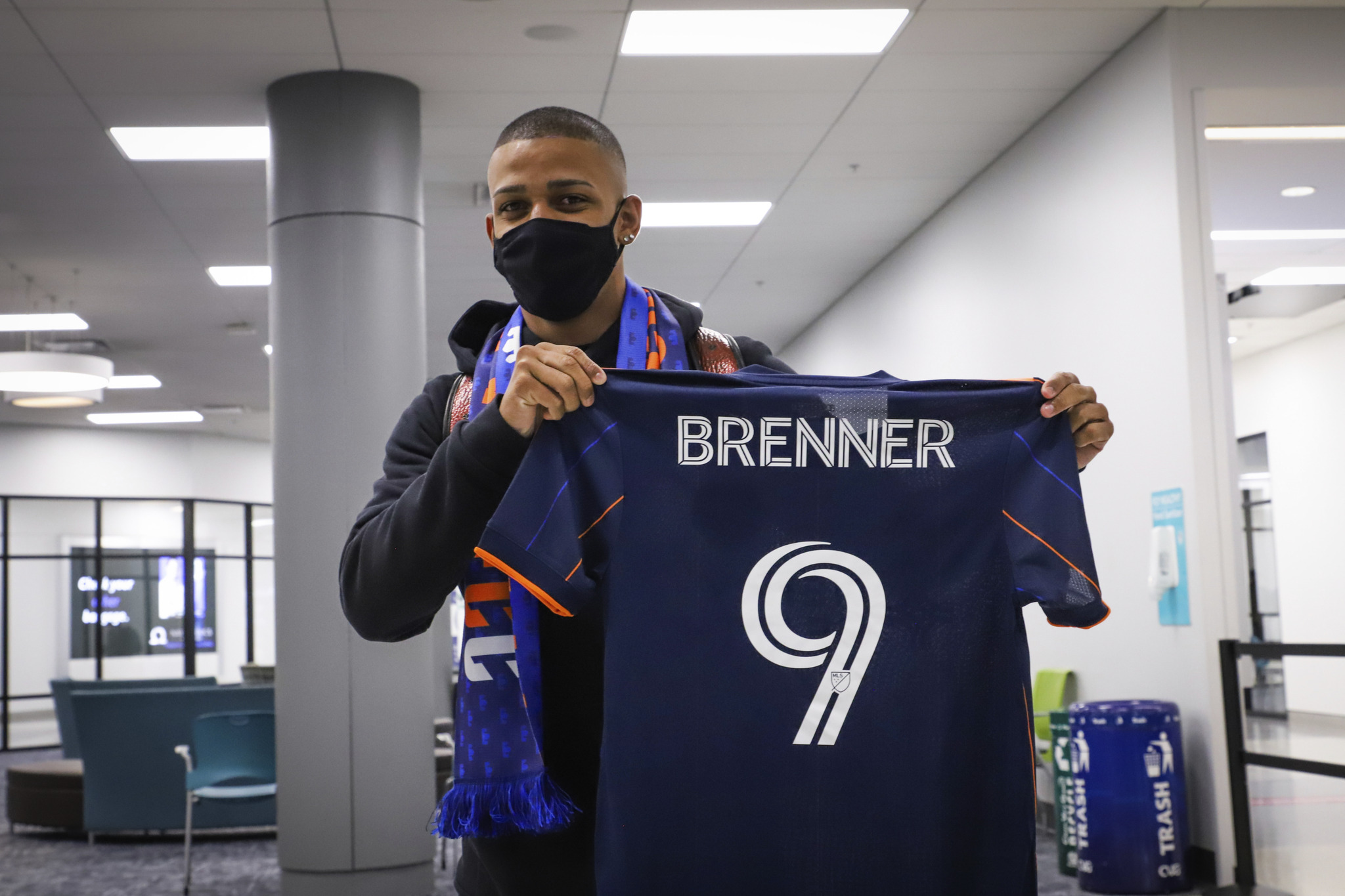 Two of FC Cincinnati’s newest offseason additions, Brenner and Luciano Acosta, are aiming to become a dynamic duo in the attacking third.

It’s a partnership that has tantalizing potential for FC Cincinnati.

Lucho Acosta, the creative Argentinian midfielder with the ability to finish or feed, and Brenner, the young Brazilian striker with brilliant movement in the box and goal-scoring flare.

The pair have only become teammates in the past few days and have only two training sessions together under their belt. This relationship still needs to grow and prosper, but with another month of preseason, there’s still time.

Acosta, 26, is a seasoned MLS veteran with 24 goals and 35 assists in 126 appearances in the league, while Brenner will need to adjust to the league, climate and travel.

“I think Brenner is a player who is hungry for success,” Acosta said on Thursday’s Zoom call, via club translator Anwar Chagollan. “He comes from a great club and a great league. I get along with him on and off the pitch.”

And of course, there’s also Dutch striker Jurgen Locadia, who could share the pitch with Brenner at times, giving FCC a double-edged sword up front.

The addition of Brenner and Acosta was key for the Orange and Blue, who scored a paltry 11 goals last season. With the defensive improvements producing seven clean sheets, the lack of any quality finishing to speak of prevented FCC from making a run at a postseason berth last year.

Locadia’s future still hangs in the balance with his loan from Brighton & Hove Albion up at the end of June, with FCC having an option to buy. Yuya Kubo and Brandon Vazquez are additional striking options on the current roster.

But the centerpieces are Brenner, who gives FCC a dynamic finisher, and Acosta, who is the No. 10 the club so badly needed.

“I’m very happy with the team, and the quality of players is very high,” Brenner said on Thursday’s Zoom call, via translator Stephanie Rejman. “Luciano, very excited about his arrival. He’s an experienced player I like learning with and playing with. Locadia has been helping me a lot in training. He’s a great person, great player.”

Brenner, 21, has made 61 career appearances, scoring 24 goals and adding four assists, across all competitions in four professional seasons in Brazil.

He drew interest from some of the biggest clubs across Europe but said on Thursday that after speaking with coach Jaap Stam and seeing the training facilities and the new West End Stadium, FC Cincinnati seemed like the best fit.

“After discussing it with family and friends, my heart told me it was the right move,” Brenner said.

Acosta said he wasn’t seeking a return to MLS after one season with Liga MX side Atlas FC, but FC Cincinnati’s interest changed things.

With a creative No. 10 being at the top of his wish list this offseason and Acosta being the primary target, general manager Gerard Nijkamp was aggressive in his pursuit despite the complexities in a deal involving three teams.

Brenner began training earlier this week after completing COVID-19 protocols. Acosta trained fully on Thursday for the first time. Both could feature in Friday’s preseason match against USL Championship side Indy Eleven.

“Everything’s going well,” Brenner said. “It’s a great facility. They have everything I need to train and develop. I am adapting to the training style and the intensity level they need. Very excited to play the first game.”

Acosta admitted he’ll be looking forward to one matchup in particular this season: his former club D.C. United, where he spent four seasons.

“It’s going to be emotional,” he said. “I’ll just try to do my best for Cincinnati.”

Both players expressed a desire to bring success to FC Cincinnati and help the club turn the page on a pair of dismal campaigns to begin life as an MLS franchise.