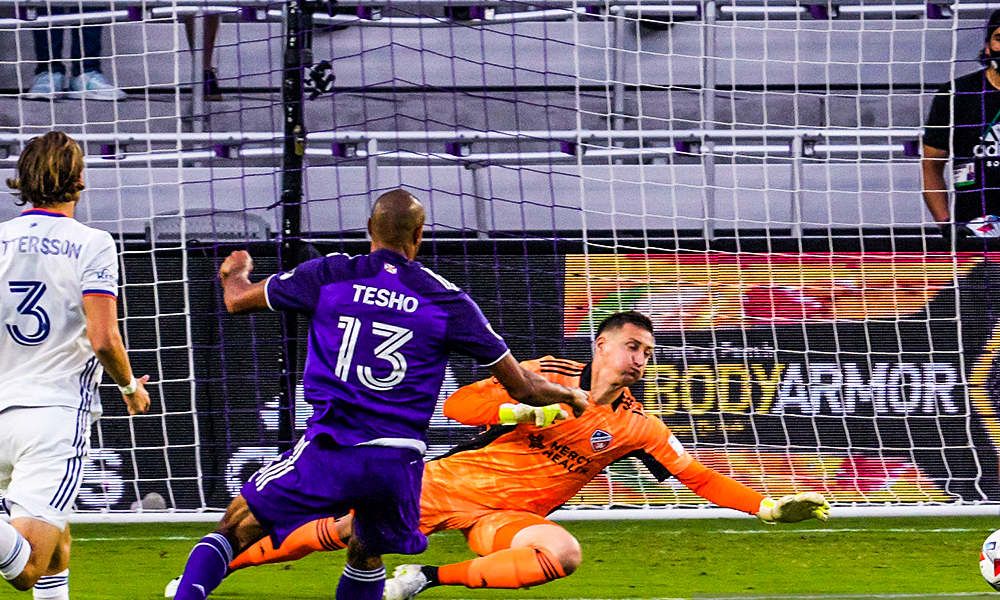 FC Cincinnati continued its downward spiral to start the 2021 MLS campaign, this time facing off against Orlando City on a humid May night at Exploria Stadium. The game-winning goal was scored just 31 seconds into the match as a turnover by Nick Haggland set up Orlando City forward Tesho Akindele. He beat the only remaining obstacle Przemyslaw Tyton by shooting the ball off the right post and into the back of the net. The goal by Akindele was the fastest goal in Orlando City SC club history.

Despite scoring a first minute goal, Orlando City continued to keep up its offensive attack early in the first half, In the 19th minute, Nani cut back to his left, dropping Yuya Kubo to the ground, and unleashed a shot just outside of the box that beat Tyton on his left side for his second goal of the season. Less than 20 minutes into the match, Orlando City SC had a 2-0 lead, all before FC Cincinnati even had a shot on goal.

FCC gained its first offensive chance in the 22nd minute, where a corner kick by Barreal found Nick Haggland, but he was unable to put his header on goal, going wide left of the post. Another opportunity off a corner kick came for FCC in the 37th minute, but Tom Peterson was unable to get his head on the ball served in from Yuya Kubo.

Less than one minute later, a beautiful pass was served to Alvaro Barreal from captain Matarrita. Barreal tried to chip Orlando City keeper Pedro Gallese, but the ball was well high and wide to the left side to pose no threat. During the first half, FC Cincinnati did not manage a single shot on goal, while Orlando City put both of its shots on target in the back of the net.

The first five minutes of the second half provided opportunities for both teams. Orlando City opened the second half with the same ferocity as it started the game. Only two minutes into the half, Chris Mueller had a chance to add to the goal scoring, but Matarrita came into the box with a sliding block to prevent the ball from reaching Tyton. In the 50th minute, Brenner had an opportunity to cut the deficit into half, however his shot from just outside of the box curved wide of the right post.

After a lull in the next ten minutes that saw possession held by both sides, Nani ripped a shot, but Tyton made a leaping save to prevent the corner. Mueller took a corner, but the resulting header went high above the frame. About a minute later, FC Cincinnati had deja vu, as Matarrita sent a beautiful pass over the middle to Brandon Vazquez as he also tried to chip the keeper. However, the fingertip save was made by Gallese and would not have counted regardless, as Vazquez was ruled offsides.

In the 66th minute, Tyton ran into Tom Pettersson while trying to make a save, hitting him in the back of the head. Pettersson was taken out of the game due to MLS concussion protocol but was put back into the game in the 73rd minute after clearing protocol.

In Florida, when it rains, it pours. In the 80th minute, Junior Urso scored his first goal of the 2021 MLS season after he benefitted from a ricochet and sent it home. This goal was FC Cincinnati’s tenth unanswered goal after scoring two goals in the first 15 minutes of its season opener against Nashville SC.

An uneventful last ten minutes plus stoppage time concluded the game, as Orlando City was more than content to take the 3-0 scoreline to the dressing room.

FC Cincinnati has now conceded back-to-back losses after a draw to open the season, giving the club one point in three matches. FC Cincinnati once again sits dead last in the MLS Eastern Conference Standings, with a minus eight-goal differential. The club has two weeks to prepare for its first ever match at TQL Stadium against Inter Miami CF on May 16.