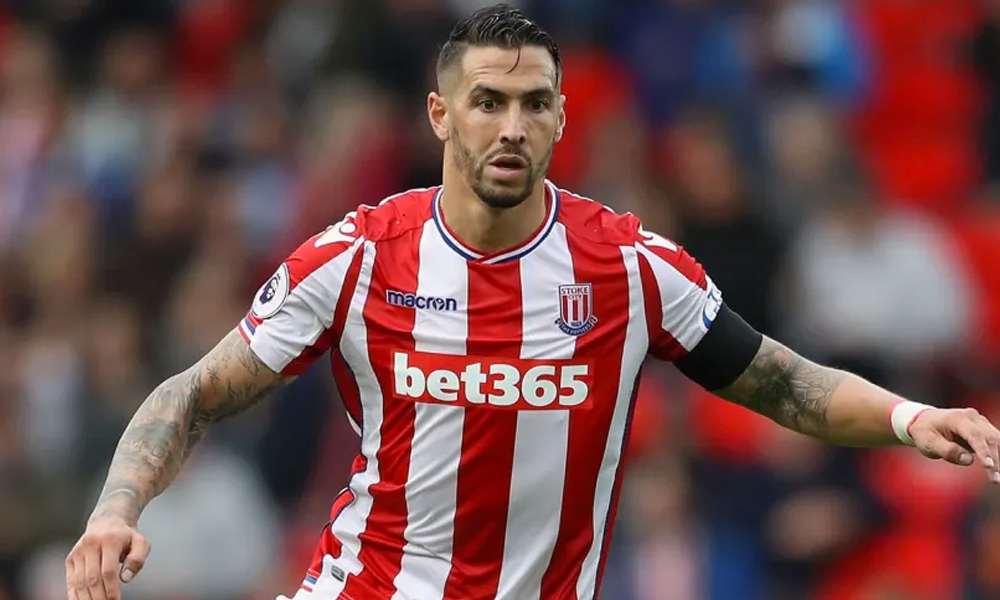 Geoff Cameron has had turbulence off the field, but Bryan Weigel discusses what FC Cincinnati’s reported newest addition can add on the field.

Reaction has been mixed in the roughly 24 hours after Pat Brennan’s report that former US men’s national team player Geoff Cameron would be joining FC Cincinnati.

He has also shown that he can be a positive figure with overwhelming support against racism in football. Cameron was the public face of Queens Park Rangers (QPR) in support of Bright Osayi-Samuel after he was racially abused on social media this season. The Massachusetts native also supports many philanthropic causes such as the Ronald McDonald house and raising money for the down syndrome community.

I am not here to tell you how to think of Cameron. As a matter of fact, I am disappointed that we are discussing players beliefs. But I do want to mention them because there is anger present about the politics and people he supports standing in contrast with some supporters of our club.

I want to share this story in SI about the relationship between Cameron and Alejandro Bedoya. These are two high-profile USMNT players with very different beliefs who found middle ground on some but not all social issues. I’m not saying, forget his beliefs because he is a good player. But if Bedoya, a progressive leader among MLS players, can have a good relationship with Cameron, I think it is possible our fanbase can as well over time.

Through all this, Cameron has shown he can be a capable leader on the pitch as captain at QPR. I will keep in mind what he has said in the past but hope Cameron can be a positive leader at FCC and in our community while here just like he was in West London.

This is a soccer website after all, and I am hungry to see what one of the best USMNT players of recent memory can bring on the field to help right the proverbial floundering ship.

The soon-to-be 36-year-old has shown well, playing in 37 matches for QPR this season. Cameron was a large factor in the R’s ninth place finish in the Championship, their best position since being relegated after the 2014-15 Premier League campaign.

His experience cannot be questioned, playing in over 275 matches in England between QPR and at Stoke City in the Premier League. Cameron was capped by the US over 55 times, including three matches in the 2014 FIFA Men’s World Cup.

There have been some questions as to what Cameron may have left “in the tank”. QPR manager Mark Warburton gave a glowing review of the American in a press release this past week. “He had preformed incredibly for us on the field, he has been asked to play in different positions and has applied himself outstandingly well. But not only that, his mentoring role off the pitch also has been vitally important.”

Many things about that comment stick out, but the part I am most excited for is how Cameron might be able to mentor center back Gustavo Vallecilla. Cameron was a defensive midfielder, center back and right back throughout his career, and several of his promising skills were his ability to pass and help the team progress the attack. While I am sure his mobility has suffered, his skillset should be helpful with the young Ecuadorian.

Another facet that makes this move attractive is that he is a domestic player who can come in THIS window. FCC general manager Gerard Nijkamp has been leaning heavily on international signings in his time at the club, so the ability to add a player this week and not having to outlay additional funds for an international roster spot are both very important.

Cameron will likely come on a large budget charge, as he was on an over $1 million salary this past season. I don’t imagine his contract is that substantial, but it is likely it will be an above max budget charge contract. The allocation money accrued in the Frankie Amaya trade could help offset his charge, whether that be applied to Cameron or to other spots on the roster to help fit him in a certain mechanism.

There is potentially some criticism to be had on whether this type of signing is good as it is another aging player with little upside on a large contract. Will Cameron be able to hold up after playing 30-plus games in England this winter? The upcoming physical will need to be crystal clear.

I think the biggest question will be, can Cameron help this team or not? Luke Phelps of the72.co.uk said this in his latest piece about the American. “Now though, returning to the US, Cameron will no doubt do so to a hero’s welcome and having shown in his 34 Championship appearances this season that he can still compete, expect Cameron to become a key player for Cincinnati.” That is a reputable site saying he should.

Personally, I think many fans wanted the more glamorous signing of a Matt Miazga-type player, if he even wanted to come back to MLS. However, I think this has the potential to be an impactful short-term move for the Orange & Blue.

Cameron could come in and start Day One at several positions at FCC. My hope is that he will bring some leadership that will help change the culture to a winning mentality. If Vallecilla can develop faster under Cameron’s mentoring, the deal pays for itself.

His positional flexibility can also help. Does coach Jaap Stam move him if Vallecilla becomes a star and Maikel van der Werff returns successfully from injury? Cameron could easily move to right back or defensive midfielder if the Yuya Kubo or Joseph-Claude Gyau experiments fail. He may also be called into those roles when the schedule begins to get congested over the summer.

I have been bullish on several seasoned Americans like Cody Cropper, Gyau and Caleb Stanko, only to be snake-bitten more than once. I am apprehensive because Cameron has been outspoken about leadership in the past. Should FC Cincinnati continue to lose, will he step up and be a voice for change or will he just take a final payday should blame being placed at his feet? An understated factor, how will his prior comments be received by the current players in the locker room? Will it change team chemistry?

Right now, I am hopeful that Cameron will bring success to Cincinnati, but I am also wary that this is a move being brought on as a last act to shore up a failing squad. I will give Cameron a chance, but will keep in mind that we are also likely one of his last options for continuing to play professionally.

For more information on Cameron and the latest news on FC Cincinnati tune in to Monday’s Cincinnati Soccer Talk live show at 9 p.m.