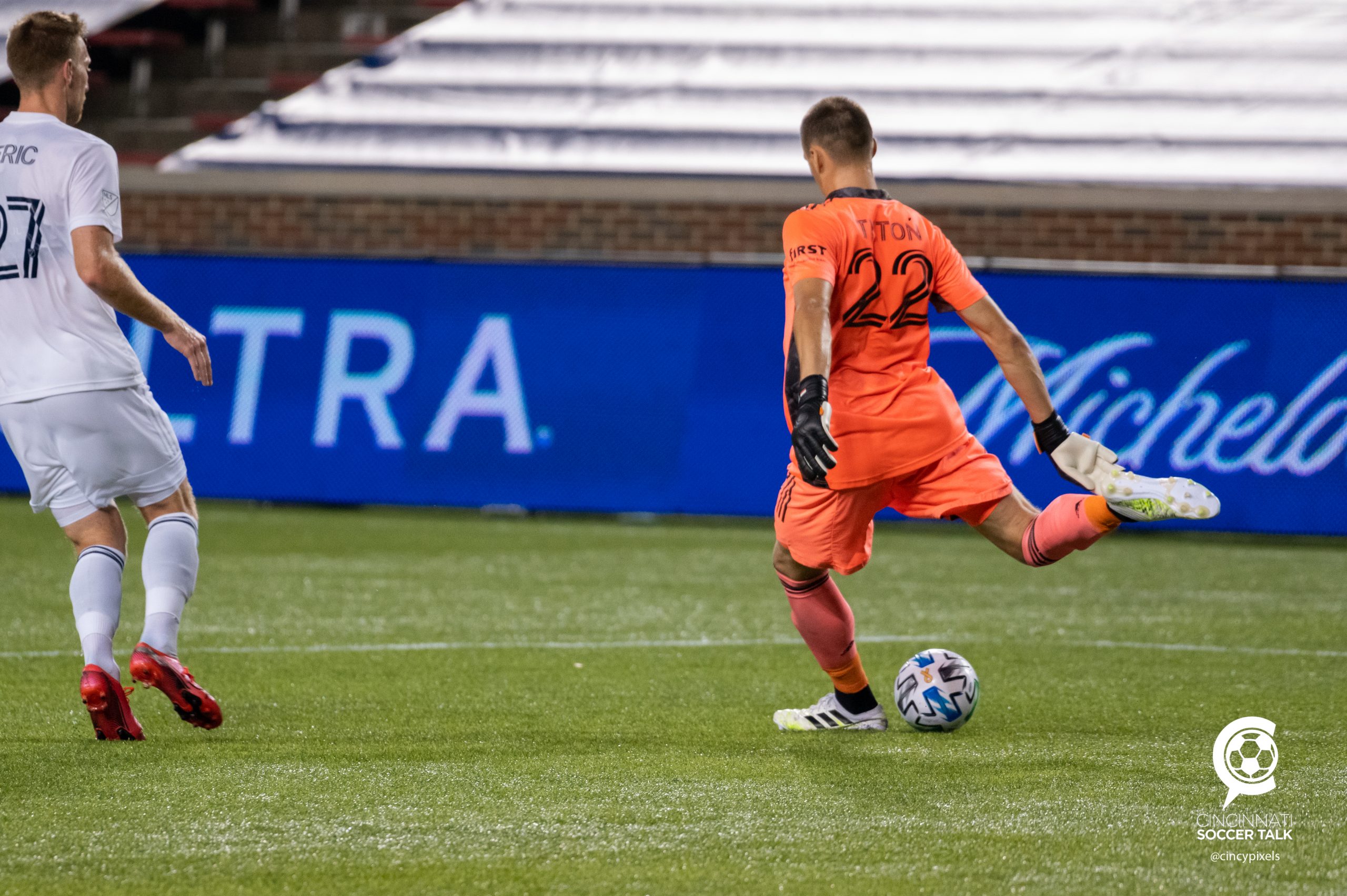 If you asked most people who follow FC Cincinnati soccer what would be a position where they could use a new signing for assistance there wouldn’t likely be a whole lot of people who would say goalkeeper. With that being said the storied Dutch goalkeeper Kenneth Vermeer is FC Cincinnati’s newest official signing. Kenneth Vermeer, who mutually agreed to part ways with LAFC on April 16, 2021, is now the newest addition to FCC’s already crowded keeper room, sharing it with the likes of Przemyslaw Tyton, Cody Cropper, and Beckham Sunderland. A question should be asked where does he fall in the depth chart. Most would be in agreeance that he will likely be the 1 or 2 spot, so we’ll do some in-depth comparison between him and Tyton.

Both Tyton and Vermeer have spent an extensive amount of their careers overseas, mainly in the Eredivisie or the Dutch 1st League. Tyton however started his career in the Ekstraklasa, or the Polish First league, playing for Gornik Lecsna from 2005-2007, he would then leave for Roda JC Kerkrade in the Dutch first league and play there in the 2007-2011 seasons, eventually transferring for the 2012-2014 seasons to PSV Eindhoven. However Tyton for the next 4 seasons would play in two of the biggest leagues in the world. Spending the 2014-2015 season in La Liga or the Spanish first league playing with Elche CF, the 2015-2016 season with VfB Stuttgart in the Bundesliga or the German first league and lastly the 2016-2018 seasons with Deportivo de La Coruña back in La Liga all while making 14 caps with the Polish Senior International Team. He eventually reached FC Cincinnati in 2019.

Simultaneously, however, Vermeer spent the 2006-2007 season with Ajax Amsterdam, then going on loan for the 2007-2008 season to Willhelm II Tillburg, then rejoining Ajax from the 2008-2015 seasons, leaving Ajax for Feyenoord Rotterdam early that season. He would go on to play the 2015-2018 seasons there, leaving halfway through the season on loan to Club Brugge KV in the Belgian first league and then returning to Feyenoord playing the 2018-2020 season, where he would then finally transfer to LAFC in MLS in 2020. He would also make 5 caps with the Dutch Senior international team. He finally reached FC Cincinnati on May 7, 2021.

Now that we know a little about their journeys let’s look at some stats: