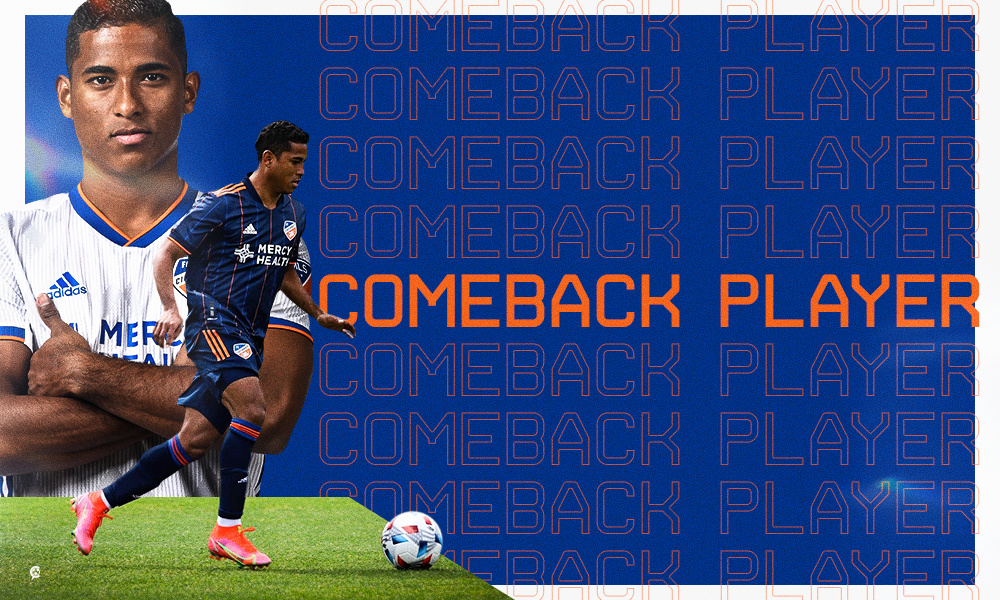 FC Cincinnati’s 2021 season-opener is just days away — Saturday at Nashville SC. It’s the perfect time for preseason predictions. This week the Cincinnati Soccer Talk staff will give their preseason thoughts on a variety of items in roundtable format. We started Monday with predicting FC Cincinnati’s 2021 MVP. Today we move to our candidates for comeback player or most improved player. Hope you enjoy and feel free to share your own predictions with us.

It’s rare that everyone on the roster can be considered for the comeback player award. Can we do the “Go Away” player award? Looking at you Frankie. With that being said, I want it to be Maikel van der Werff. Guy finally needs to realize his former skill that we hoped to see back in 2019. No bonehead red cards, no sketch passing. I want him to fill that leadership void and be the captain he was supposed to be. MvW has talent enough to be a very good defender in MLS. Now with a young CB at his side, can he be the leader we need.

I think Yuya Kubo is set to have a really good year. While the midfield role might hurts his “stats”, I think when the year ends people will ask “Where did that guy come from?”. Yuya has so much quality and I’m waiting to see him explode with support around him.

FC Cincinnati’s most improved player will be Alvarro Barreal. The young Argentinian showed me enough to have me claiming him as one of the next players to be sold over seas for big money. This year, finally settled in the United States, Barreal’s potential can shine through. On top of that, as the only inverted right winger on the team, he’ll get plenty of minutes to prove himself.

It should be unsurprising to you, dear reader, as to who I pick for 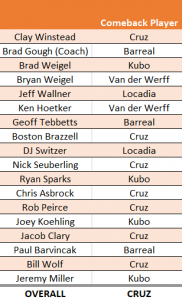 Most Improved Players of the Year. As unsurprising as it was to me when I saw no one else pick the only choice that makes sense: Allan Cruz. Don’t worry Tico Kante, I haven’t forgotten you. Cruz looked ready to continue his 2019 form before the season was suspended following the COVID-19 outbreak. When Cruz wasn’t recovering from injury, Jaap Stam was playing him as a second striker. That’s Alan Koch levels of wtf. Frankie Amaya is now passing backward into the Hudson River, so I expect Allan Cruz to take up his rightful place in central midfield and return to the form that saw him lead the club in goals scored. I can’t wait to say I told you so.

It’s going to be hard to call this spot with the whole team looking much different from the 2019 and 2020 rosters. So much potential was wasted from the abbreviated 2020 season, and so many players were missing in action when the games did resume. Players with the most potential to improve—Allan Cruz and Locadia, in particular—could be gone by midseason if the team struggles, while others with something to prove (Yuya Kubo, Haris Medunjanin) might be questioning their role under Stam’s leadership. My best guess is that Álvaro Barreal finally settles into his winger spot and becomes the third prong of the attack behind Acosta and Brenner. I’ll go so far to say that Barreal gets 8 goals in his first full professional season, allowing FCC to build a dynamic young front line for future success.

Gulp, Locadia. This one is up for interpretation, because you could make the argument that a positive performance from any returning player on this roster would qualify them. So I’m going to go out on a limb, understanding of course that we don’t know whether he will be with the club beyond June. But Locadia now has competition from Brenner, a real-life distributor in Acosta, and a new role on the wing. This could go one of two ways, either he bides his time until he can exit stage left in July, or he embraces his new situation and starts living up to the hype that led to an airport welcoming party.

With so much of turnover in the squad, there are only so many players eligible for this shout. Frankie Amaya, anyone? But seriously, because of the turnover there will also be chances for returning players to seize the opportunities. That said, Jürgen Locadia seems poised for a rebound. Freed from the burden of having to shoulder the attack and likely playing in a wider role, there’s reason to believe the Dutchman could flourish. If he does though, that might make the impending midsummer end to his loan a bit trickier.