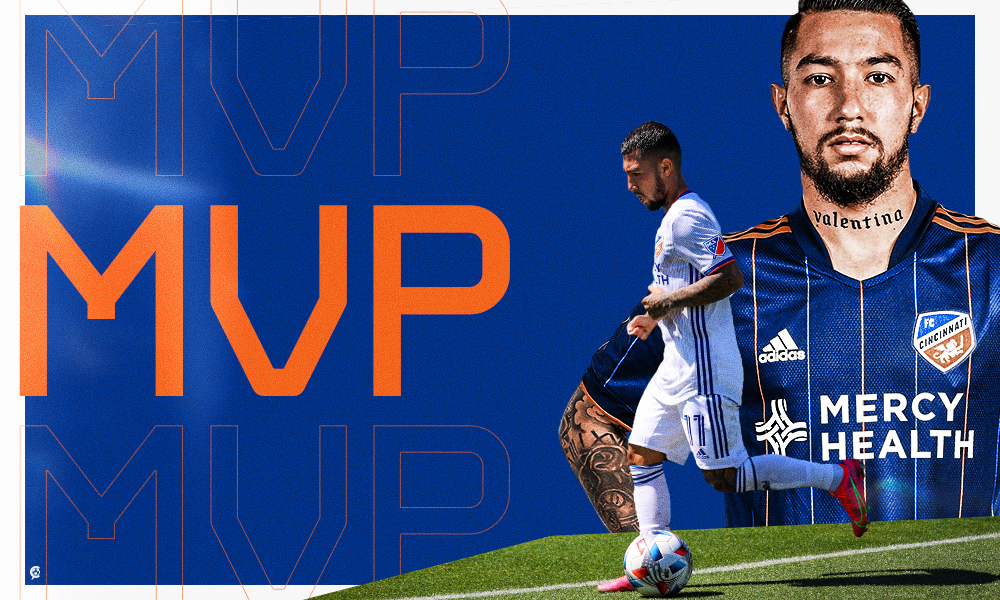 It’s predictions week at Cincinnati Soccer Talk. We begin a week-long roundtable series making FC Cincinnati predictions for the 2021 season. First up is our guess at MVP.

I know this normally goes to the best player, but I am going to go with VALUABLE. Yuya Kubo. I am guessing we are going to have some upheaval this season. In preseason Kubo played some 8 (Frankie Amaya), but could also play the wing (Locadia), backup 10 and backup 9. In all of my preseason previews, I singled Kubo out as most important, because if he has 5-8 goals, I think FC Cincinnati will be doing pretty good. I hope he will have a good season and that will lead to success for the Orange & Blue.

if FC Cincinnati will do any damage this offseason, they will likely need a Best XI season from Kamohelo Mokotjo. He’ll likely go under the radar but if he can keep pressure off the backline, FC Cincinnati will have a chance to go to the postseason. If you think about valuable players, you have to ask what happens to the club if a certain player goes down with a knock, how does it affect the club. Unfortunately if he or Lucho get injured, the club likely doesn’t have an adequate replacement and would have to change their style to suit. My money is on one of those two with the head to Kamo.

My MVP prediction for this season is Ronald Mattarrita. I don’t think he’ll actually win the team award because outside backs rarely do, but I’m expecting big things from the Costa Rican. First off, he brings a winning pedigree to a back line that is in desperate need of leadership. If he can imprint some of the mentality of success that he got from NYCFC it could do wonders for a team that often let bad things get worse in quick succession the last two seasons. On top of that, Matta’s ability to get forward and provide service is going to do wonders for Brenner, Locadia, and Acosta by getting balls into the box and drawing defenders out of it. With a 10+ assist season, Mattarrita will be the team’s MVP.

The obvious answer is Luciano Acosta and I was going to find a dark horse pick to bring some variety into this round table…but no one actually picked Lucho! So I’ll go with Occam’s razor and pick Cincinnati’s new DP no. 10. Fans have been begging for a player of his talent and skill since they had to watch the ghost of Siem de Jong play soccer. If the offense finally begins to sing in 2021 it will be because Lucho is conducting. I think we can expect a 10 goal and 10 assist season from Acosta as he runs away with Cincinnati’s MVP award.

There is no doubt that much of the praise and votes for MVP will go to Acosta, Brenner, or Locadia, but I’m going to define “valuable” as that person on the roster that the team values as essential and irreplaceable—I’m actually going to go with Rónald Matarrita. He might not produce earth-shattering numbers that an offensive spark could produce, but we’ll likely discover in short order that the team is significantly weaker when he’s away on international duty. It’s my stretch pick, but I wouldn’t be surprised to see Matarrita leading the team in “MLS Team of the Week” appearances and obtaining a personal best in assists.

I could think out of the box on this one, show some creative insight or artistic license and go for a reaction. But I won’t. Acosta is FCC’s best player, now and for the rest of the season provided he stays healthy and plays the full slate. His ability to create, his ability to score, and his overall leadership, energy and impact he’ll have on the younger players makes him the Orange and Blue’s MVP today, this second. I don’t see that changing.

With so many new faces in the squad, some of whom are really exciting, there’s ample room for players to take this helm this year. An improved backline could yield a contender, or international flair in the attacking third could steal the show, too. With how important it’s been to have potent #10 in this league, and considering his prior effectiveness in it, it’s hard to not look at Luciano Acosta and not give him the best odds. He has the potential to give FC Cincinnati an attacking verve not seen in their MLS days, both on his own and by creating chances for teammates. If he finds his feet quickly and forms a good partnership with Brenner, it could change the course of the season.